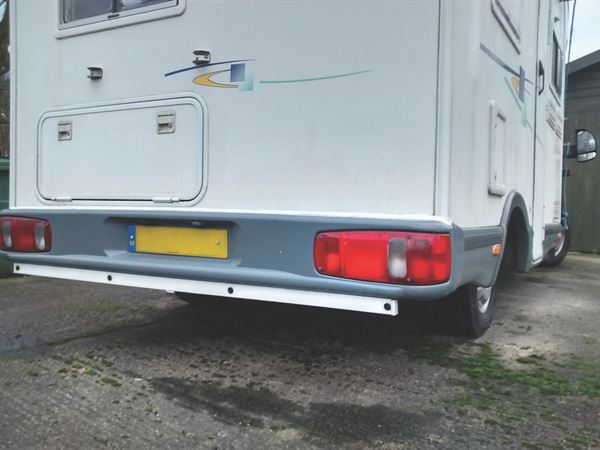 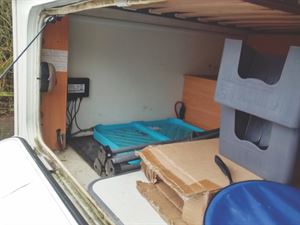 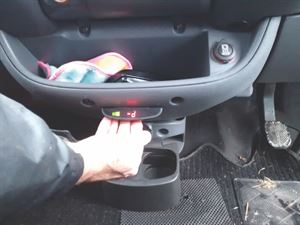 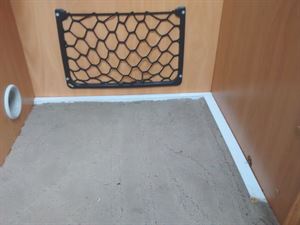 Having had a couple of run-ins with stationary objects, in the words of Jasper Carrot’s ‘insurance’ sketch, that weren’t there before, I decided to retrofit rear parking sensors to my motorhome. A kit was duly sourced, which included the actual sensors, a sender unit, 10m of wire and the cab warning display.

It wasn’t until I went to fit the sensors that I found no suitable flat surface within the parameters of the instructions. Along came the cavalry in the form of the ever-versatile electrical trunking. At 50mm by 25mm by 2m, it seemed perfect for the job.

Removing the front strip, I drilled holes for the sensors and attached them. I drilled small holes in the body of the trunking to allow the sensor wires out of the back, then bolted four brackets to the trunking and fixed it to the underside of the rear bumper.

After refixing the front strip and routing the wiring out of the rear of the trunking, I drilled a hole in the floor of the motorhome to get the wiring inside the ‘boot’. Not having a suitable grommet to seal the hole, I found some non-setting mastic, which did the job admirably.

Making sure it was in an out-of-the-way position, the sender unit was then screwed to the wall and the wiring plugged in.

Then it was the fun part, getting a wire neatly from the back to the front of the motorhome. I decided against going underneath and drilling a hole in the cab floor, as there seemed to be too many obstacles, also the wire could be vulnerable. In hindsight, it may have proved easier (easier still, buy a wireless kit!).

The wire was routed through the underbed area and to the cab via the cupboard and water tank compartment, then it went under the carpet to the dashboard, with another smaller piece of trunking concealing part of the route.

Said parking aid has been in operation for a couple of years now and, so far, no more incidents!

I must point out that, as useful as they are, in no way are they superior to an assistant, usually the wife – she hates being called that (experiences blow to the head with a Woman’s Weekly. Ow). I meant to say, having the assistance of the lovely Jane looking out for you.

Sensor kits £12 upwards from Amazon. The trunking was around £5 (from any electrical retailer or DIY store). Brackets and bolts were £5 from a DIY store.

One day, including tea breaks.