Motorhome advice: Driving a motorhome after the age of 70 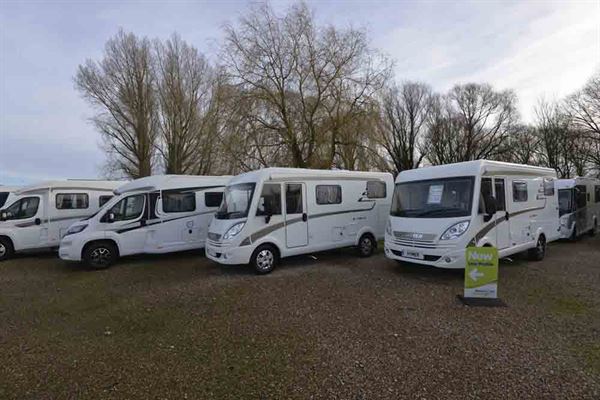 If we’re fortunate enough, we’ll all come to this – as we approach the big seven-zero (around 90 days beforehand) – a letter will arrive from the DVLA, informing us we need to renew our driving licences, enclosing form D46P. What happens after may be a doddle or a nightmare, and much depends on which vehicles you wish to drive in your dotage.

First thing – don’t ignore that letter, however tempting that might be. If you do, your licence will automatically expire on your 70th birthday. Don’t let that happen, but do try and renew it as close to your birthday as is reasonably practicable. Renewing your licence is free, and you can do it online; you may need a new mugshot, but you’ll be advised if this is so.

Naturally, if you have a notifiable medical condition you’ll have to reveal this, and the severity and prognosis of the condition will be taken into account – but this applies to all of us, at all times, whether our licence is close to expiry or not. Once your licence is renewed, it will run for three years, and the process is then repeated – until it’s no longer needed.

Assuming you’re fit, and if you drive just a car, or a campervan or motorhome up to 3,500kg GVW, there really shouldn’t be a big problem, with the new licence coming through quickly, dating from the day it was processed – not your 70th birthday, which seems rather unfair.

So far, simple. However, let’s assume that you were lucky enough to have passed your driving test before 1 January 1997. In that case, you will have ‘grandfather rights’, and be entitled to drive a considerably wider range of vehicles than those who passed their test later; they’ll generally be restricted to driving vehicles up to 3,500kg (Class B), and car/trailer combinations up to that weight (Class BE). Of particular relevance to motorhomers, your licence should cover Class C1 and Class C1E – the right to drive vehicles of between 3,500kg and 7,500kg, plus trailers.

Now, if you have just renewed your licence at age 70 in the simple way outlined here, you will have lost your right to drive the bigger vehicles in Class C1. Does this matter?

For many people – no. Many converters and manufacturers do as much as they possibly can to make motorhomes with a gross weight of 3,500kg in order to appeal to the widest customer base (often at the expense of payload allowances, which can be low, so always check this).

However, if you want a motorhome with all the internal space and creature comforts we now consider essential, it’s quite likely it will have a higher GVW – often 3,850kg on the Fiat Light chassis, or even up to 5,000kg on the Heavy chassis. Until the age of 70, with grandfather rights, there is no problem – this is where the real fun starts! 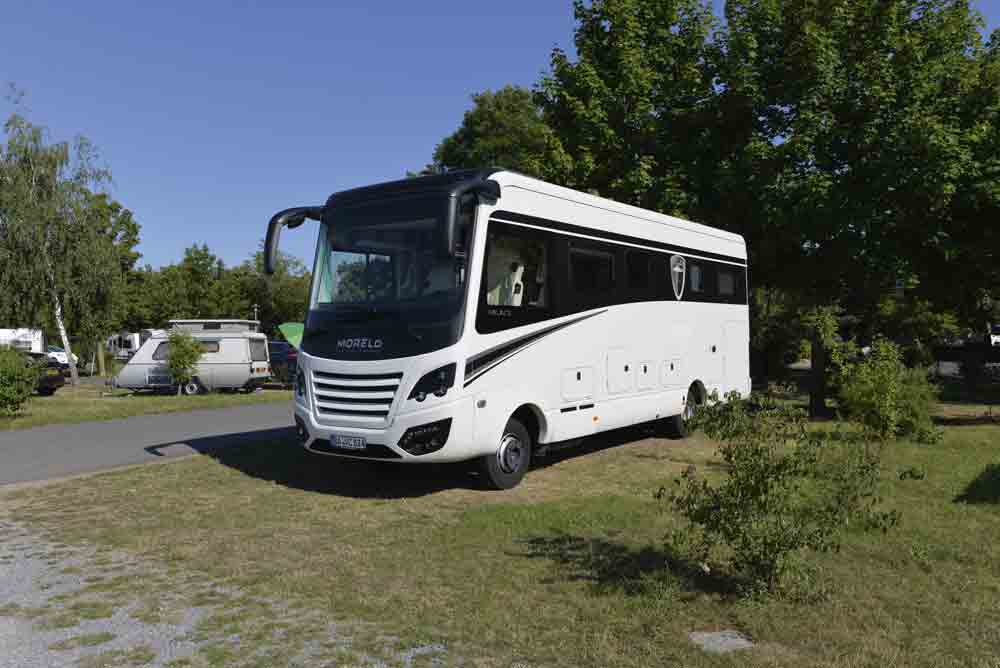 To drive these heavier vehicles, and retain your C1 and C1E categories, you should not respond to the DVLA’s ‘pre-birthday card’ arriving 90 days beforehand. Instead, go to forms.dft.gov.uk/order-dvla-forms and order forms D2 and D4. Form D2 is the actual application, while form D4 is the medical test.

You will also need an eye test. As you’re over 60, you’re entitled to a free eye test every two years, but the medical test is a different matter.

You can get the form completed by your GP (perhaps especially advisable if you have health issues with which they are familiar), but charges vary widely – so check before committing yourself! There have also been recorded cases where the GP (not being a form-filling specialist), ticks the wrong box, which can then cause all sorts of delays and problems for the applicant.

As an alternative, there are many companies out there (easily found on the internet) that do specialise in carrying out these medical and eye tests, and also in completing the applications (mainly for HGV, taxi and PSV drivers, who need them regularly).

The charge is often in the region of £50, which is pretty good value. We checked with one, and lead times for a doctor’s appointment at one of 58 centres nationwide were just a couple of weeks. The test itself takes only about 15 minutes.

If you have a medical condition you may be required to take further tests, such as an exercise ECG; if so, the DVLA should pick up the tab, which is a nice surprise, but may also appoint the specialist for you.

A small point, but one worth noting: the eye test for the C1 post-age 70 is considerably more stringent than that applicable beforehand. If you wear glasses, you’ll need to bring them, and your optician’s prescription, to the test centre.

The D4 form will record both acuities (with and without glasses).

Medical test results remain valid for just four months, if you want to hold on until closer to the big day before applying – remembering that the three-year term of the new licence will start when the application is processed, not your birthday.

However, we feel it’s worth completing the formalities early, in case of complications.

In many cases, the licence returns speedily and there are no hitches. However, if you’re unlucky, the process can occasionally become more protracted, especially if there are medical complications.

If this happens, you may feel helpless, and left in limbo. Do not worry – under Section 88 of the Road Traffic Act 1988, once you have actually applied for a renewal, you’re covered for up to a year. This is subject to various provisos, the main ones being that you’re medically fit (and your doctor agrees with your diagnosis) and that you’re only driving vehicles in classes you were previously entitled to and for which you have applied to drive in future.

Naturally, it follows that if you’re sending any important documents to the DVLA, you should take a copy of everything enclosed, address it to the correct department, and remember put a stamp on the envelope! We recommend paying the extra and sending the package by recorded delivery, so you have proof that you have made the application and that it has been received by the DVLA.

If you’ve sent your licence to the DVLA, and you need to leave the country before the new licence returns, we recommend checking with the DVLA on 01792 782764. 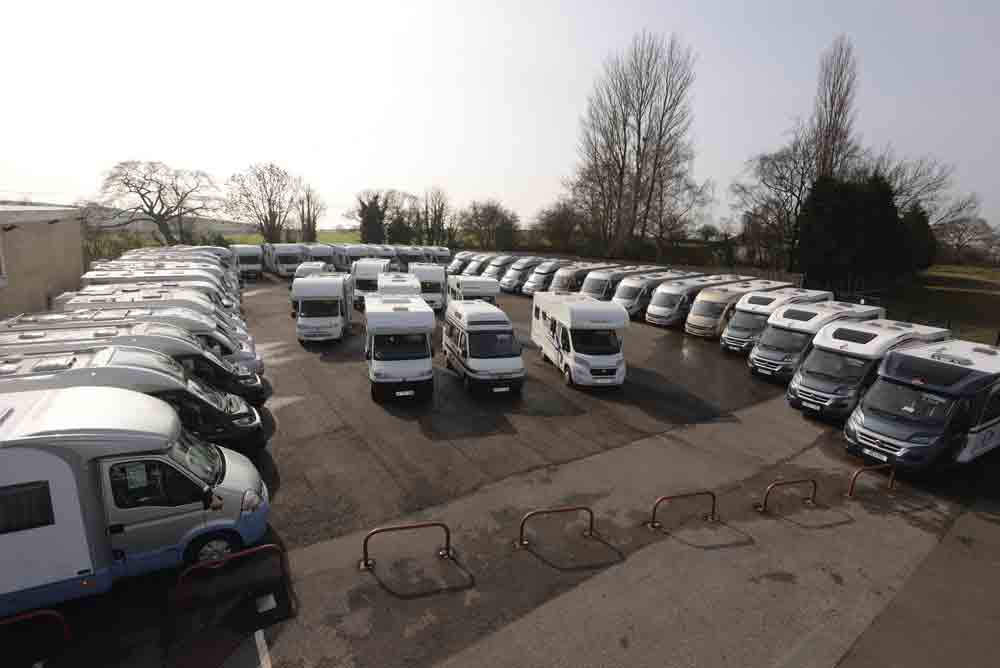 If you have allowed your C1 and C1E licence to lapse at 70, you can change your mind later and regain the right to drive heavier vehicles.

All that is required is the completed D2 application form and D4 medical – you’ll naturally have retained a copy of your original licence, to prove you originally had those grandfather rights!

The DVLA says producing your old licence isn’t necessary, as it will have retained that information – but I’d rather play safe.

If you own a larger motorhome and don’t wish to go through the rigmarole of medicals, it is sometimes possible to have a motorhome downplated to 3,500kg – generally from 3,650kg or 3,850kg. But you must ensure you retain enough payload at the lower weight.

We recommend using a recognised specialist, such as SvTech.

Do remember to advise your insurer of the change – it will certainly be a ‘material alteration’ of which it will need to know.

Whilst we ‘oldies’ may bemoan the necessity of triennial medical tests and renewals, spare a thought for post-97 youngsters. The hurdles they need to overcome in order to drive Class C1 vehicles are stringent – and effectively prohibitive. They must train for, and pass, the Driver Certificate of Professional Competence tests, at a cost of many hundreds of pounds, and then apply for licence renewals every five years, but starting at the age of 45. And, after the age of 65, they will need to renew annually! 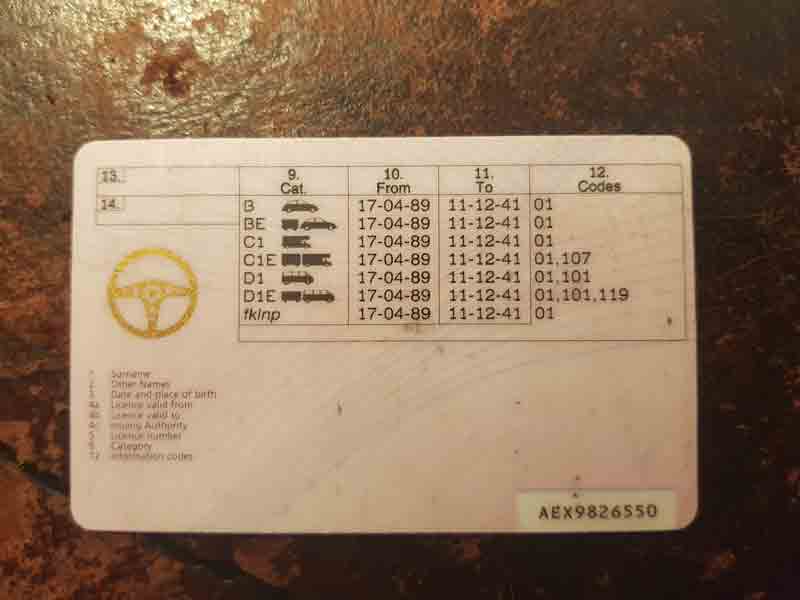 This explains why the 3,500kg watershed is so important for manufacturers, and why there’s constant lobbying to raise the weight limits. The rules are really intended to deal with medium-sized commercial van drivers and, as usual, catch us motorhomers almost by accident.

Whether justly or not, premiums can rise when you reach 70, so don’t, like me, leave arranging your insurance until the last minute or you may get a shock! Check comparative premiums and, particularly, levels of cover, in good time.

It gets worse – as one becomes older, insurers are less willing to take you on as a new customer, so you may need to stay with your current insurer and hope it plays fair on premiums!

Likewise, the cost (and availability), of travel insurance can rise steeply, too, so it pays to shop around in good time.

With some sensible forward planning, there is no reason to fear the big seven-zero with regard to being able to continue motorhoming. There is plenty of information available but, like a large meal, it needs to be approached and digested carefully.

Also, on a more practical note, be realistic about your own capabilities – you want to continue to enjoy active motorhoming, but this might also be a good opportunity to reappraise your style of motorhoming and possibly consider the wisdom of downsizing. Bon voyage!