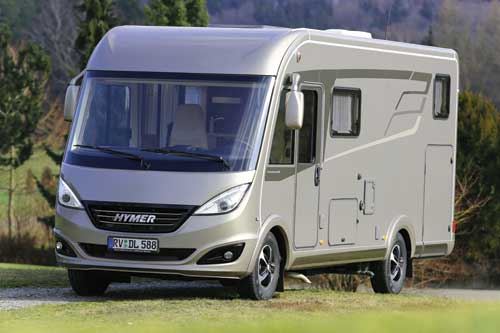 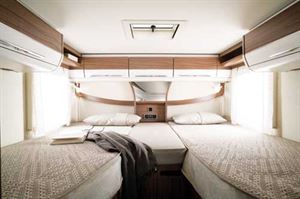 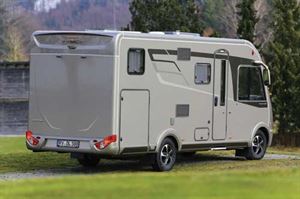 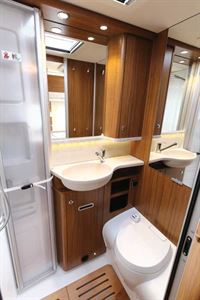 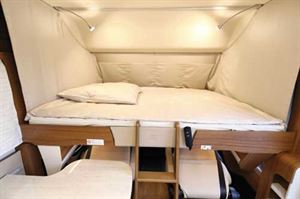 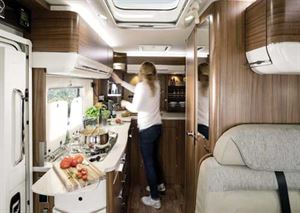 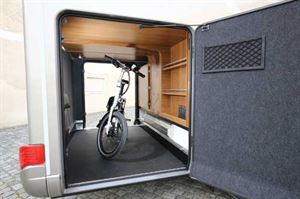 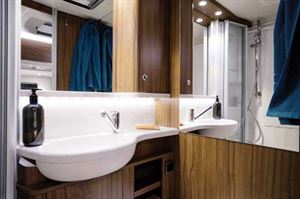 The iconic B-Class DynamicLine – HYMER’s best-selling range – has just arrived in HYMER dealerships and it is packed with some very exciting technology.

As Bernhard Kibler, HYMER Managing Director, said at the launch of this, the tenth generation B-Class, “For us this is a special day today as we present you the new generation of our main product – our favourite child – the B-Class. As the E-Class is for Mercedes, the Golf for Volkswagen, the B-Class is HYMER’s main series.” Confusingly for us Brits, it is actually an A-class coachbuilt. But, what isn’t confusing is that this new B-Class has taken two years to develop and features new technologies and designs that make it well worth the wait.

One of the key benchmarks for HYMER was to ensure all the B-Class models sit comfortably in the 3.5-tonne weight category meaning they can all be driven on standard car licences, have ample – and in some cases huge – payloads and still retain the high-end luxuries that define a top-end A-class.

Such was the focus on weight that HYMER’s engineers looked at every aspect of the design and shaved off weight wherever possible. For example, they have redesigned the chrome cupboard handles (they’re now hollow) and even the unseen cabinetry joints (they’re dowel-free) to save a couple of kilograms. But it wasn’t just weight. The new B-Class DynamicLine is instantly recognisable as the latest – and most advanced – HYMER motorhome. Particularly distinctive is the new front with its unique full-LED headlights, which have been designed exclusively in conjunction with automotive giant, Hella. These new headlights feature LED daytime running lights as standard and come with the option of full-LED headlights including LED fog lights, which is a first for a motorhome.

Other front-end changes to the B-Class DynamicLine included a modified radiator grille (the new Euro VI engines need more air) and the front windscreen, which has been enlarged. Initially, there are two models available, which range in length from sub-6m to sub-7m. Two more models will be launched within weeks. All sit on the Euro VI Fiat Ducato on an AL-KO low-frame chassis with independent suspension.

The rear kitchen B444 DL

The highlight of the initial two-model range for many British buyers is an all-new end-kitchen layout, not available in any other HYMER and suited to British tastes. This B444 DL (DynamicLine) is a two-berth with a rear kitchen, washroom with separate shower and a front lounge that features a drop-down over-cab bed. The L-shaped kitchen in this 5.99m model is huge and will make even the most demanding chef happy. While the front lounge has few surprises, the drop-down bed does as it is available as twin singles. This innovative touch means you can have a large double as normal or use two pull-out extensions to create twin longitudinal singles that allow undisturbed sleep, even if your partner needs a night time visit to the loo or wants to get up early to make a brew. Unsurprisingly, while the twin-single dropdown bed is an option, almost without exception, all British HYMER dealers have ordered their 444s with this included. Thanks to the focus on weight saving, the B444 DL has a huge payload – 630kg up to almost a tonne on the heavier 3.85-tonne optional chassis – and an equally huge garage with internal loading dimensions of 58cm wide by 122cm high, which is tall enough for a bike or two. The garage also has an impressive payload of 350kg, which can be upgraded to 450kg. British prices have yet to be confirmed, but it starts at just shy of €78,000 in Europe.

Another model revealed at the launch was the four-berth B588 DL – a 6.99m long and 2.22m wide A-class. This has twin fixed single beds at the rear above the garage and a drop-down above-cab double, which is also available as the twin-single set-up mentioned above. This slightly heavier model (2,990kg) still has an impressive 510kg payload on the 3.5-tonne chassis and has an even larger 99cm wide garage, which can carry up to 450kg and can be accessed from massive exterior doors on either side of the motorhome as well as from inside. Again, UK prices have not yet been confirmed but European prices for the B588 DL start at just shy of €83,000.

While weight was clearly a major focus for HYMER, it hasn’t ignored the comfort and technology touches that make living with an A-class so enjoyable. As already mentioned, there are those, first-for-amotorhome, Hella headlights. HYMER has also modified the radio and entertainment system so that the radio automatically switches its power source to the habitation battery when the engine is off and vice versa.

This new smart multimedia system also allows the use of several medias simultaneously. For example, it automatically detects the current usage and activates the relevant loudspeakers accordingly. That way one person can watch the news on TV in the living area while their partner listens to music in the bedroom.

Another notable touch available across all the B-Class DynamicLine range is a service camera. All models come with a rear-view camera that acts as a third mirror via the central dash screen and an additional reversing camera but, as an optional extra, you can have this new service camera which allows the driver to see, via the dash screen, when the waste service pipe is positioned over a drain. At the flick of a button the waste water can then be emptied. It’s a neat touch and this means you’ll never have to leave the cab to empty your grey water and, while the camera is optional, the electric cab-controlled drain switch is standard. Of course, as you’d expect from a high-end HYMER, there are loads of other standard fit touches like both water tanks being insulated and heated, a new double floor system that does all you expect but also means the wheelarch doesn’t intrude into the shower area and super-lightweight furniture and fittings that appear not have lost any of their quality or strength but have led to significant overall weight savings.

Other standard features include an LED awning light (all interior lights are LED also) with rain shield, concertina fabric cab blinds, soft-close and servo soft-close (in the kitchen) cupboards and drawers, a large 80 x 50cm panoramic rooflight with LED lighting in living area and a Truma blown-air heater in rear bedroom (Alde adjustable hot water heater is also available in rear bedroom). Options that are worth considering are the aforementioned single drop-down beds, the LED headlights and service camera and a new sliding shelf for gas bottles.

In some models you can opt for a fifth seat and all are available with three packs: the Design, which gives you HYMER’s exclusive alloy wheels and high-gloss radiator grille with chrome trim strips; the Power pack, which gives a second and third battery, inverter and additional sockets; the Alde Arctic pack, which provides an enhanced hot water heating system; and the Comfort pack, with special springs for the front axle, automatic cab air-con (with pollen filter), cruise control, driver’s door with electric window and a habitation door with window and flyscreen.