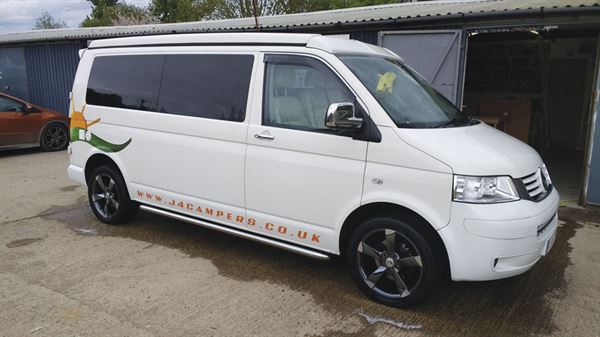 J4 Campers is a versatile campervan specialist that offers bespoke conversions and camper hire, and is also an approved TentBox dealer. 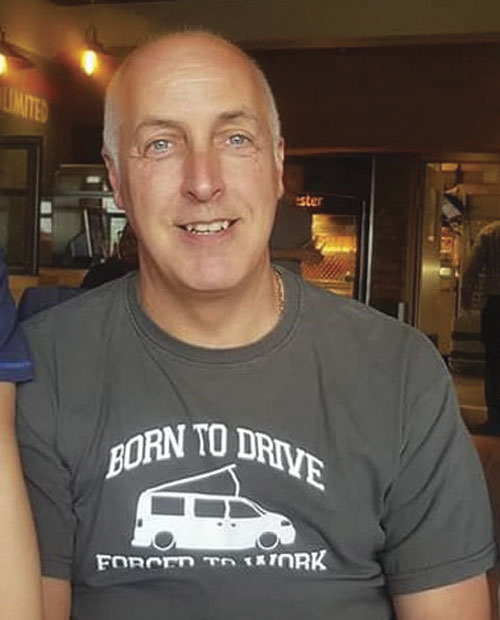 1 When did J4 Campers start out?

J4 Campers was launched as a business at the start of 2015 but there was about two years of research and a campervan to build before then. The initial business plan was to build a campervan to hire out with the intention of building more to add to the fleet as well as carrying out bespoke customer conversions.

A second rental campervan was added in 2016 and a full demo camper was built in 2017, which we later sold on in 2018. We’ve been busy building more campervans.

2 What sets you apart from the crowd?

We offer try-before-you buy, which is a sensible thing to do if you’re thinking about having a van converted. We’ve had customers adamant they want a campervan who’ve changed their mind after hiring one.

On the flip side, we’ve had customers come back from a holiday totally sold, who’ve then gone on to buy. Versatility is another of our key strengths – whilst we mainly convert the VW Transporter, we can build on anything and have even refurbished a 10-tonne race truck!

Being an official TentBox dealer, we’ve opened up the camping scene to car and van owners who may not want the expense of a camper or second vehicle, too.

3 Can you tell us about the TentBox arm of the business?

TentBox was new to us last year, and we’re now an authorised dealer.

A demonstration unit is set up in the workshop and, via appointment, people can come and see how it works, see the space inside and discover how comfortable it is.

The TentBox simply mounts on a roof rack (provided it has a minimum spacing of 80cm) so it covers the vast majority of cars and vans on the road. It folds down for travel and can be set up ready for sleep in a matter of minutes, with access either side. They're increasing in popularity and we now have customers out in camper cars as well as campervans.

4 Have you seen a rise in demand for hire and try-before-you-buy?

Yes, over the years we’ve seen a shift towards people wanting to have the experience with a view to getting their own campervan, and we're definitely seeing that rolling through to conversion work. The level of bookings for campervan hire remains constant, and we think that’s due to the increase in popularity of staycations throughout Britain.

5 What advice would you give to someone thinking about buying a campervan?

Preparation is key. Do your research to figure out what van you need and what style you like.

If you’re new to campervanning, hire one first to make sure the lifestyle is for you. If you’re buying secondhand, check the service history, and buy the best base vehicle you can afford. After all, you can always add to your campervan conversion later on as budget permits.

Think about how you’re going to use your campervan and therefore what things you’re going to need. If you have to carry out the conversion in stages, make sure you do things in the right order – get the cutting stage out of the way first so that you’ve got the roof and windows done.

Then do the hidden bits next – like soundproofing, insulation and wiring – before adding the lining. The furniture – kitchen unit, rock ‘n’ roll bed, etc – is the last stage, before adding any accessories such as alloy upgrades, a wind-out awning or bike rack, perhaps. If you’re on a budget, remember that these can be added at a later date, too.

7 As a converter of the popular VW Transporter, what’s special about a J4 Campers conversion?

It’s all about going the extra mile. Everyone has a different idea of what they want and how they’re going to use their camper, so we work with them in the initial stages to make sure they’re getting what they need.

It’s usually budget-based so, by listening to our customers, we can often find ways to achieve what they want by removing things they don’t need – for example, we had a chap who was mainly going to stay at campsites with EHU, so we swapped a diesel heater for a simple oil-filled one so he could then afford the nice alloys he was hankering after instead!

8 Have you got any exciting new developments in the pipeline?

We’ve developed our own control panel, which customers can now order for their campervans. We found it frustrating that off-the-peg systems come in bulky plastic boxes containing a handful of fuses mounted on PCB boards and a very basic charger. Most of it will never be used in a campervan so it’s just taking up valuable space. So we designed our own panel, which is very simple but does exactly what we need it to do.

9 What’s the most unusual question you’ve ever been asked by a customer?

There’s probably a book to be written on that subject on the hire side, but one that stands out is being asked if the cold water fill pack, which consists of a five-litre collapsible bucket and a 12V pump with a short hose, could be used for a shower at Glastonbury. Thinking on my feet, I said they could improvise with a beach towel held across the barn doors and with water heated up on the stove!

I think the best trip was probably to Devon when we road-tested our second hire campervan. The campsite was under an almost permanent rain cloud but just a few miles out, it was T-shirt and shorts weather. We went to visit the dunes at Saunton Sands where I used to go as a child – still not sure who had more fun, me or the kids!

A camper conversion is an expensive outlay and you want to be sure that it’s right for you before making such a big commitment. The ideal way to find out is to try before buying – you will get a feel for what works for you and what might not, and – most importantly – if you’re suited to the lifestyle.

J4 Campers has two kitted out long-wheelbase VW T5 campers that can be hired to go anywhere in the UK. They will sleep four people and can be supplied complete with an airframe awning and towbar-mount bike rack, if required. Prices vary from £85 to £100 per day, which includes insurance for up to two drivers. The minimum rental period is three days. 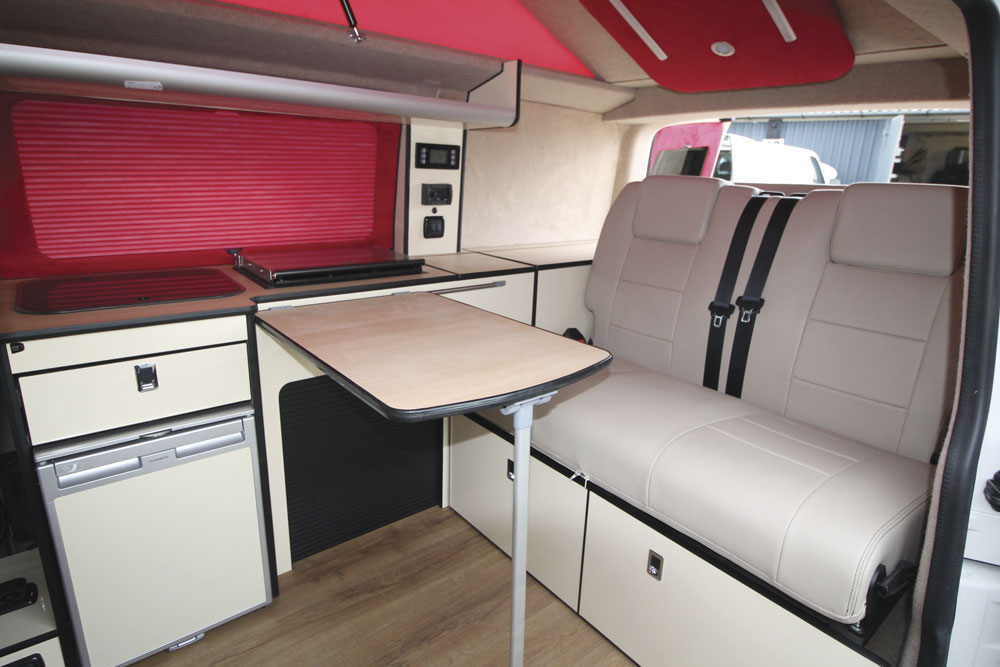 J4 Campers carry out full or part conversions depending on what your van may already have, your possible budget constraints and your timescale. The majority of work is based on the VW Transporter because of its popularity, but it also converts other base vehicles.

The sky is the limit when it comes to specification, and it fits all campervan essentials like pop-top roofs, kitchen units and M1 crash-tested rock ‘n’ roll-style bench/bed systems. It can also offer a whole array of fabrics and colours, and accessories, too.

Prices of course vary depending on what you order, but the average cost of a full conversion is around £14k to £16k. 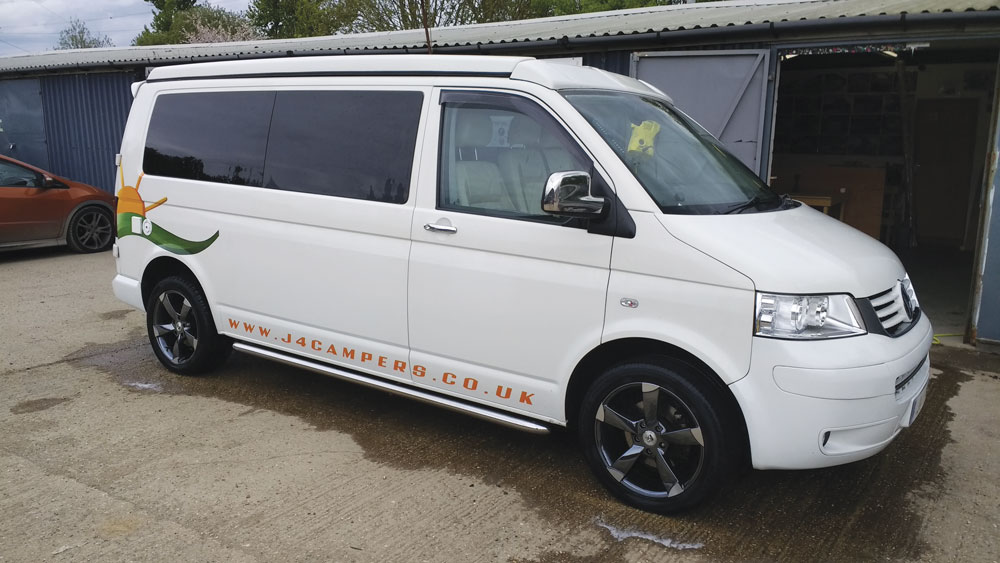 The TentBox Classic hard-shell roof tent is an all-round tent that sleeps two, and has a super-strong glass-fibre shell. Weighing just 64.5kg, it will fit on most vehicles, and has an internal space of 2.10m long by 1.24m wide by 0.95m high.

J4 Campers can install the TentBox to your vehicle at its workshop (subject to your vehicle having the correct rails and cross bars) so you can drive straight off on holiday.

The Classic is priced at £1,995 and comes with a ladder and memory foam mattress, as well as a fixing kit. It also offers the new TentBox Lite, which retails at £995. This is a soft-shell alternative that weighs just 50kg, and is ideal for big and small cars alike. 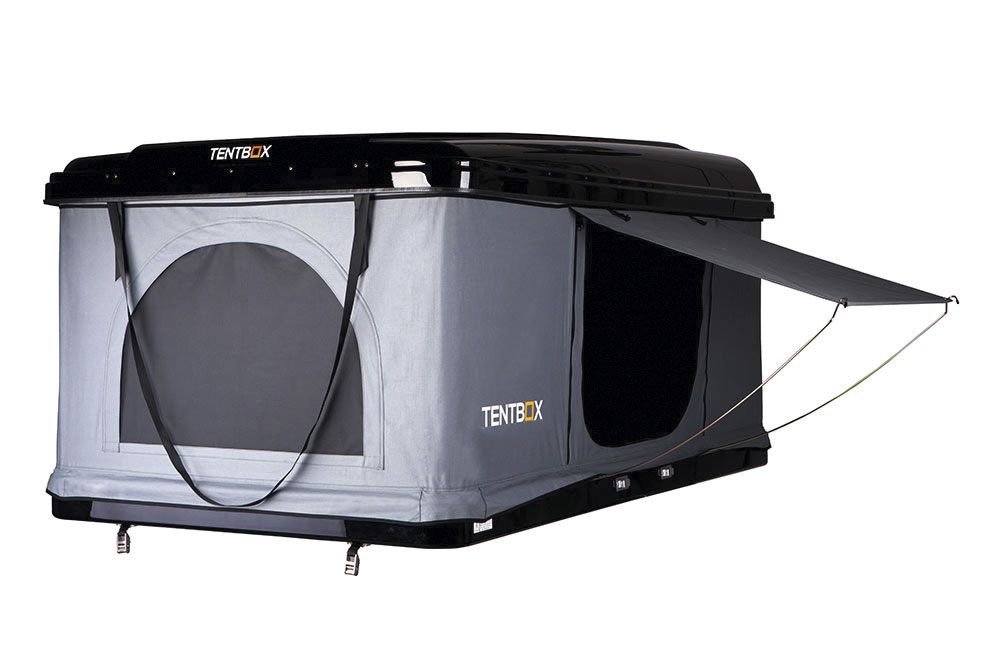 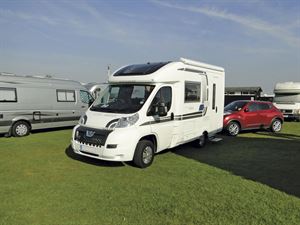 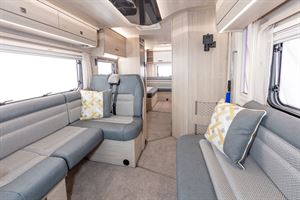 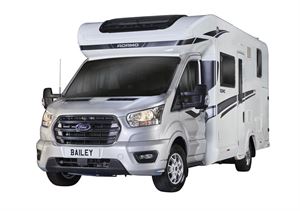 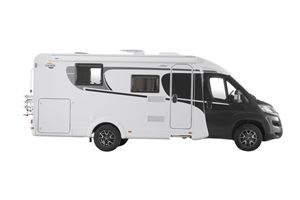 In part two of our series on the new trends for the 2021 motorhome and campervan season, we take a look at overcab coachbuilts ... 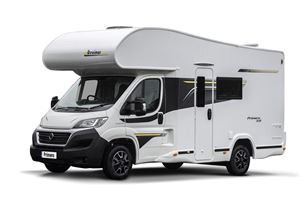 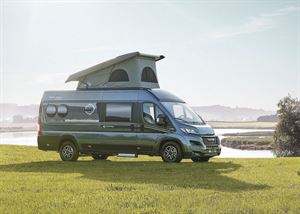 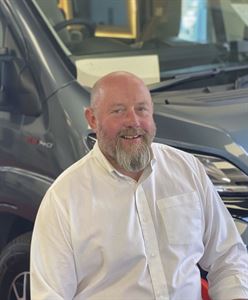 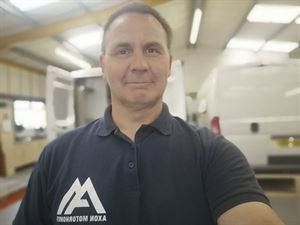