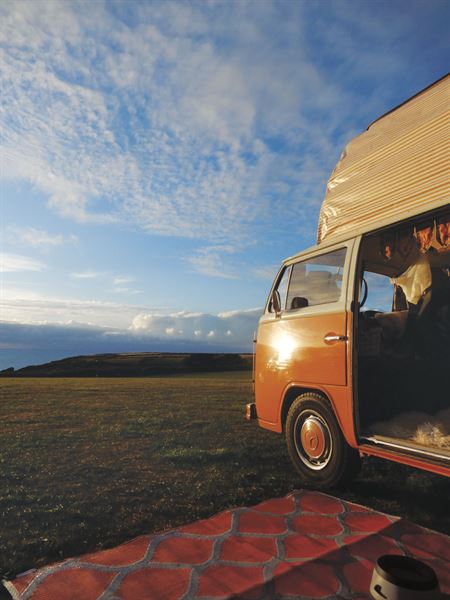 No, old VW campervans absolutely don’t go on forever - and I can speak from experience. It's much closer to the truth to say that an old VW will keep running for just as long as you are prepared to keep throwing money at it.

We bought ours back in 1996 with the intention of keeping it for just a year, to see how we got on. 1979 was the last year of production for the VW Bay window, and I thought, like buying a normal car, that I should buy the newest example that I could find. But with the model heading towards obsolescence, it had been rationalised and made progressively cheaper and cheaper.

Over the last twenty-odd years, apart from the usual expenditure that goes hand in hand with 130,000 miles of driving, like 3,000-mile interval oil changes, numerous tyres, a couple of clutches and a brake rebuild, I have replaced every single ancillary on the engine. Last year, I replaced the engine itself at 177,000 miles. 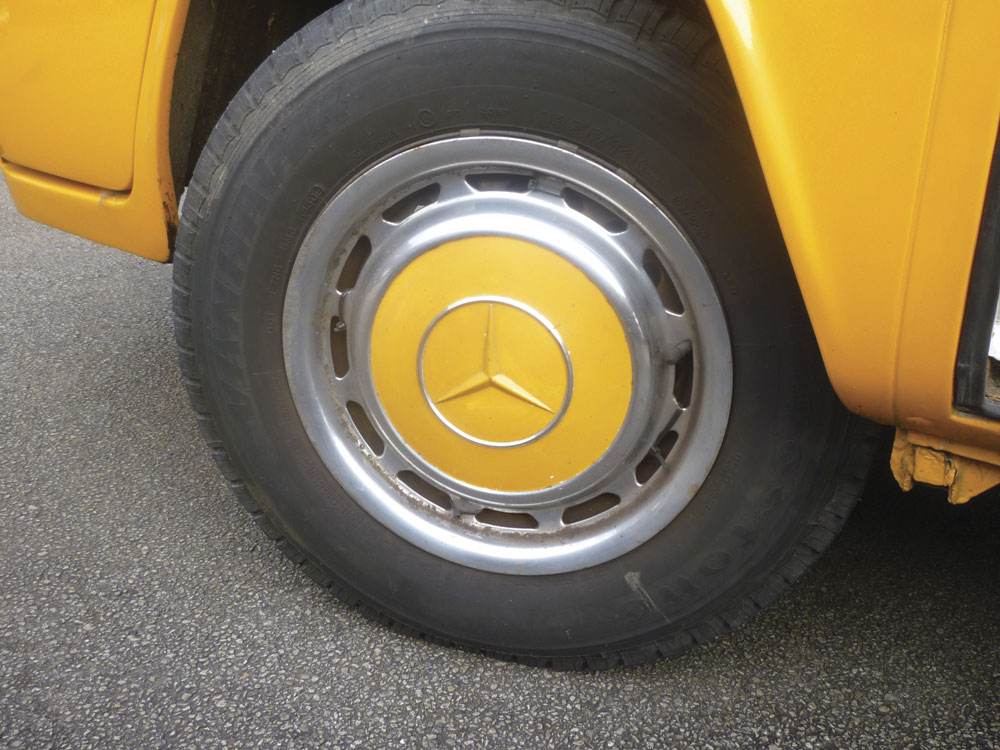 The curtains and upholstery have been replaced a couple of times, too, as well as the cupboards, the suspension, all of the doors and the bottom nine inches of the bodywork, too.

The back bumper is still original, though, just to help me keep my mind focused!

Piloting a Bay is an odd experience. Folk often say that the steering wheel is huge, but if it wasn't, you simply wouldn't have the strength or purchase to turn the thing! There's a knack, though; when manoeuvring, if you dip the throttle and bring the clutch up to biting point, the front of the vehicle lifts and becomes momentarily very light, enabling the wheel to turn with ease. 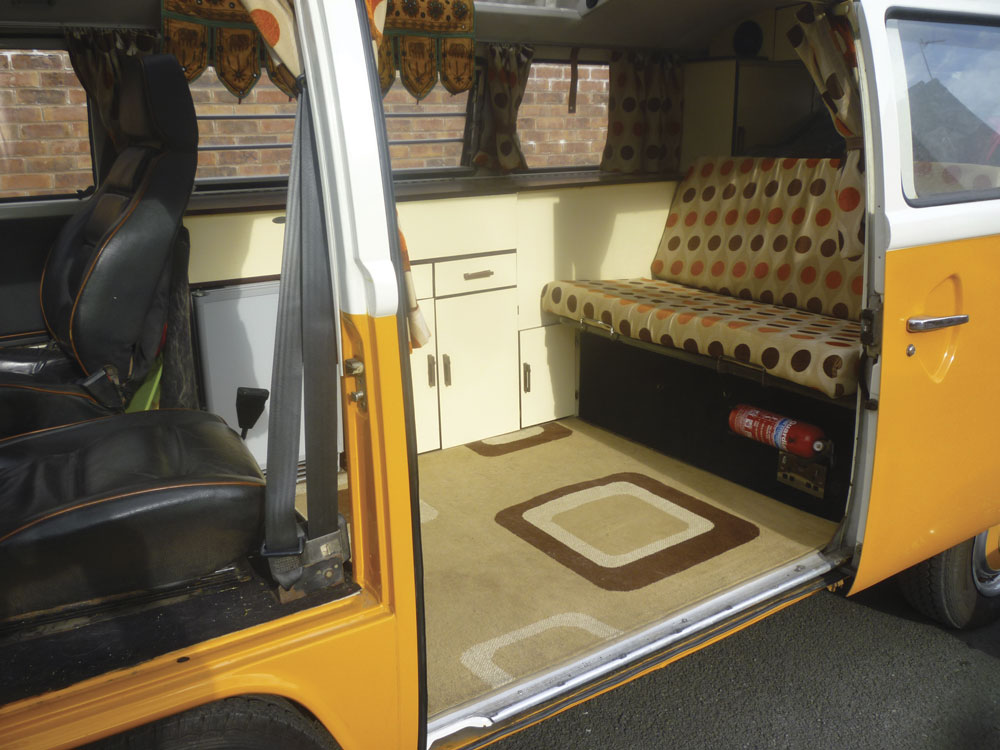 They also mention the occupants appearing chilled... Cold, maybe – the heaters are not exactly toasty! And, although I have quite a reasonable sound system and lots of speakers, you can barely hear it above the row from the engine on the motorway. If you do turn it up loud enough that you can no longer hear the engine, you no longer hear its early protestations when it senses an incline.

This, in turn, leads to the bus spotting the hill before you do, and by the time you're aware that it's too steep, and needed to be taken at full throttle with a good run up, it's now far too late and you can do nothing but sit helplessly with your foot pressed hard to the floor, waiting for the speed to go below 40mph, so you can finally drop it a cog and have another go in third gear.

The fuel consumption is utterly dismal considering the performance of the bus, too. The engine produces 60 asthmatic German horses at a maximum engine speed of 4,500rpm. There's a fair bit of torque but the gross vehicle weight is 2,300kg, so it's never going to be a sprinter, is it?

The fuel gauge packed up 70,000 miles ago and, since then, I've just been filling the tank every 200 miles. Apart from on one occasion where it ran out of fuel at 196 miles… A swift calculation revealed a rather disappointing 13.6mpg. I could buy a V8 Jaguar and get better fuel economy than that. In fact, I did! 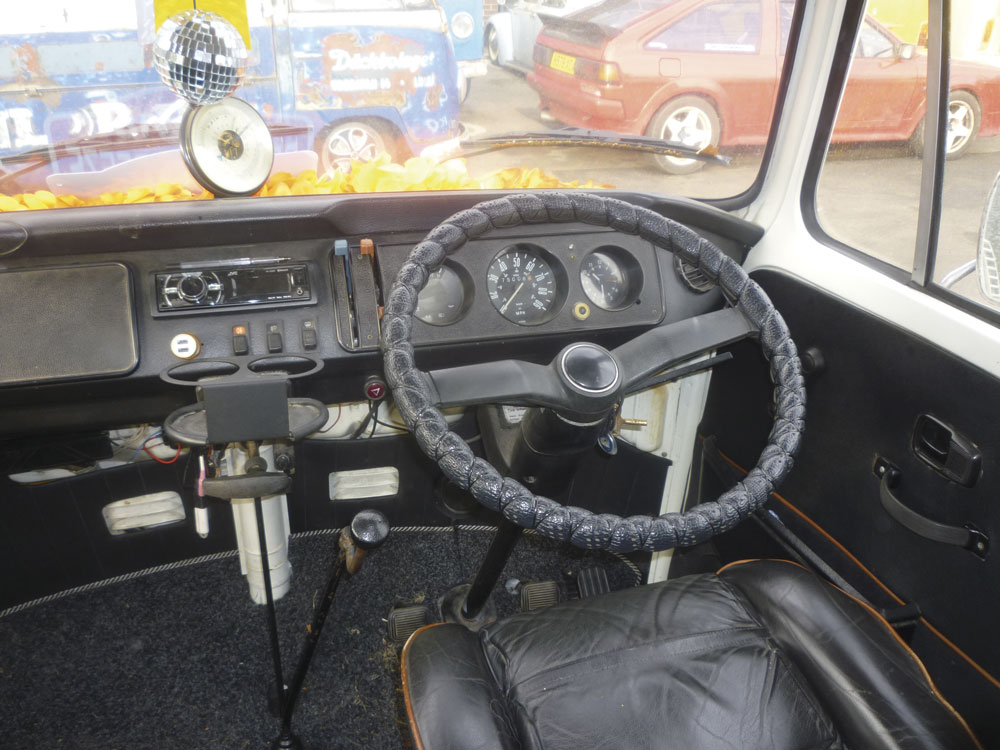 Motorways are relatively easy, once you accept that between about 55 and 60mph is a comfortable, if noisy, gait for the old bus. The most satisfactory way to cover long distances is to find yourself an HGV and follow it. Some will run faster than you and leave you behind, others will be too slow and you will soon pass them, but when you drop in behind a lorry doing the same speed, stick with it. There will be ample early warning of the need to change lanes, and it will slow down relatively gently in comparison to modern cars which, from the driving seat of a bay, appear to handle like something from the 1980s science fiction film Tron.

The unassisted brakes are obviously dire. Contrary to popular belief, lowering the suspension does not radically improve the way the vehicle drives. The back of my bus was beginning to sag and the nose was pointing a bit skywards, so I had the front lowered, using dropped spindles to maintain the ride quality. It's still much the same, but it bottoms out over bumps.

Handling is far too grandiose a word to describe the ponderous driving experience, which is akin to navigating a supertanker across a village pond!

It never ceases to amaze me that we kept the bus for that first year, never mind for more than 20. To this day, I still remember packing for our first proper trip out, to the coast via Minehead and Porlock Hill, in Somerset. 'Plastic glasses?' I exclaimed, 'I cannot remember the last time I broke a glass'. Within minutes of our arrival I had broken not just my elegant wine flute, but also the tumbler I'd replaced it with.

We returned with a list of must-have accessories, which bizarrely included a butter dish. Why in the name of sanity had we insisted on taking a paper-wrapped pat of traditional butter and not simply bought a tub like normal people?

And Porlock Hill? Obviously, the brakes failed. I finally managed to bring the bus to a stop just inches away from the temporary traffic lights. A quickly diagnosed lack of brake fluid was followed by a nervous drive up the other side to find a garage that sold the stuff. But our skills progressed and we became more and more confident and experienced over time. 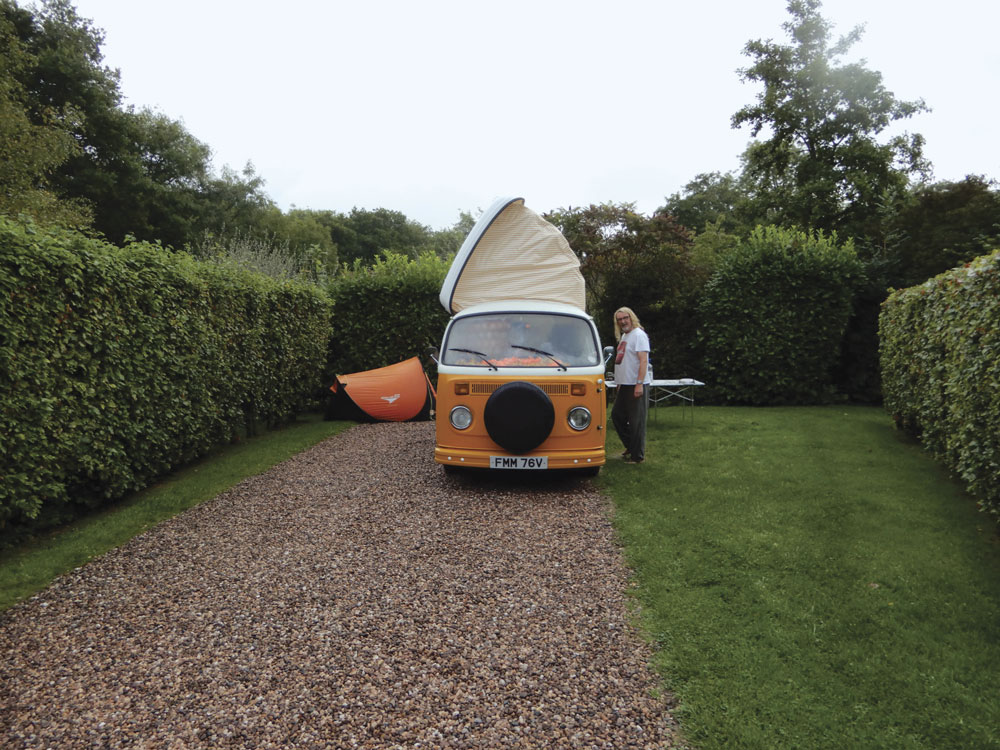 1
Don't use an awning – you will only ever end up taking enough stuff to fill the thing. And when they inevitably blow down, all that extra stuff will be scattered far and wide across the site! About a decade ago, following the demise of our lovely (third) awning, I bought a pop-up tent for £15 from a supermarket, which is superb. Everything that’s cleverly squeezed in the bus can be flung with gay abandon into the little tent, freeing up a huge amount of space inside the campervan.

2
Learn how the sun moves from left to right over the course of the day and estimate where it will be at sunrise and sundown. Chances are you'll be out at midday so
it’s less important, but returning late afternoon/early evening to a pitch already in deep shade is a sobering experience when other people are still sat out enjoying the sunshine. It's nicer for cooking outside, too. With just two rings, a grill and barely enough room for your elbows, al fresco dining soon becomes an absolute pleasure.

3
Buy yourself a pair of levelling blocks. They are a lifesaver, opening up a whole range of pitches that you'd never be able to use because the ground is too steep. And, without exception, if you can't pitch exactly level, sleep with your head up and your feet down. The bedding won't try to slip off in the night and you won't wake up feeling like your head wants to explode!