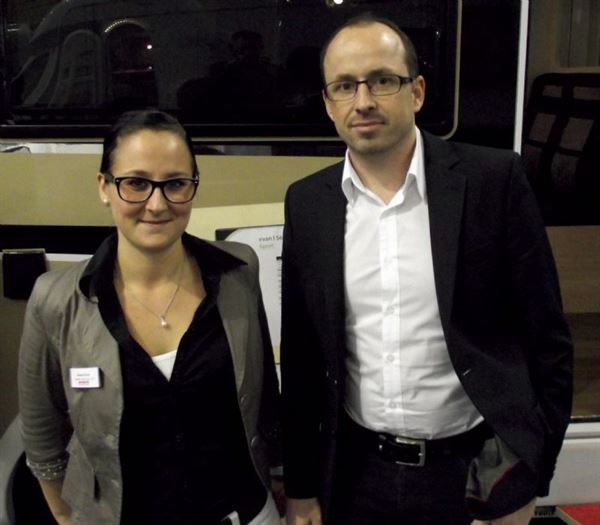 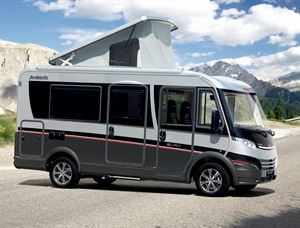 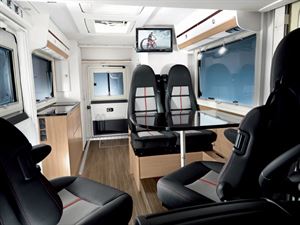 A massive player in the continental European motorhome market, Dethleffs also has a strong presence in the UK, with five dealers spread all over the country.

Keen to see how things are going for the company in the UK, and how their new Evan concept vehicle was turned into a production reality, we spoke to Export Sales Manager Christian Striebel and GB Sales Manager Saskia Kohn.

We started by asking about the company’s success in the UK and Christian explained, “Our sales in the UK have been growing steadily over the past few years and we now market our full range in Britain. The low-profile coachbuilts are probably our biggest sellers in the UK, but the A-class ranges also sell very well. The most popular layouts tend to be those with twin single beds or island double beds.”

The company has just introduced a unique mini A-class motorhome in the UK, called the Evan, so we asked how this project came about. Christian and Saskia explained, “We first showed the Evan as a concept vehicle at the Stuttgart caravan show back in 2012. There was a huge amount of interest, from all over the world, so we decided to put it into production. It’s a unique vehicle, being narrower and much shorter than a traditional A-class. We wanted to produce a motorhome that could be used as an everyday vehicle, like a van conversion, but with the benefits of an A-class motorhome. Other innovations include the wide entrance doors on the side and at the rear, which were a feature of the concept vehicle and which are carried over to production models. 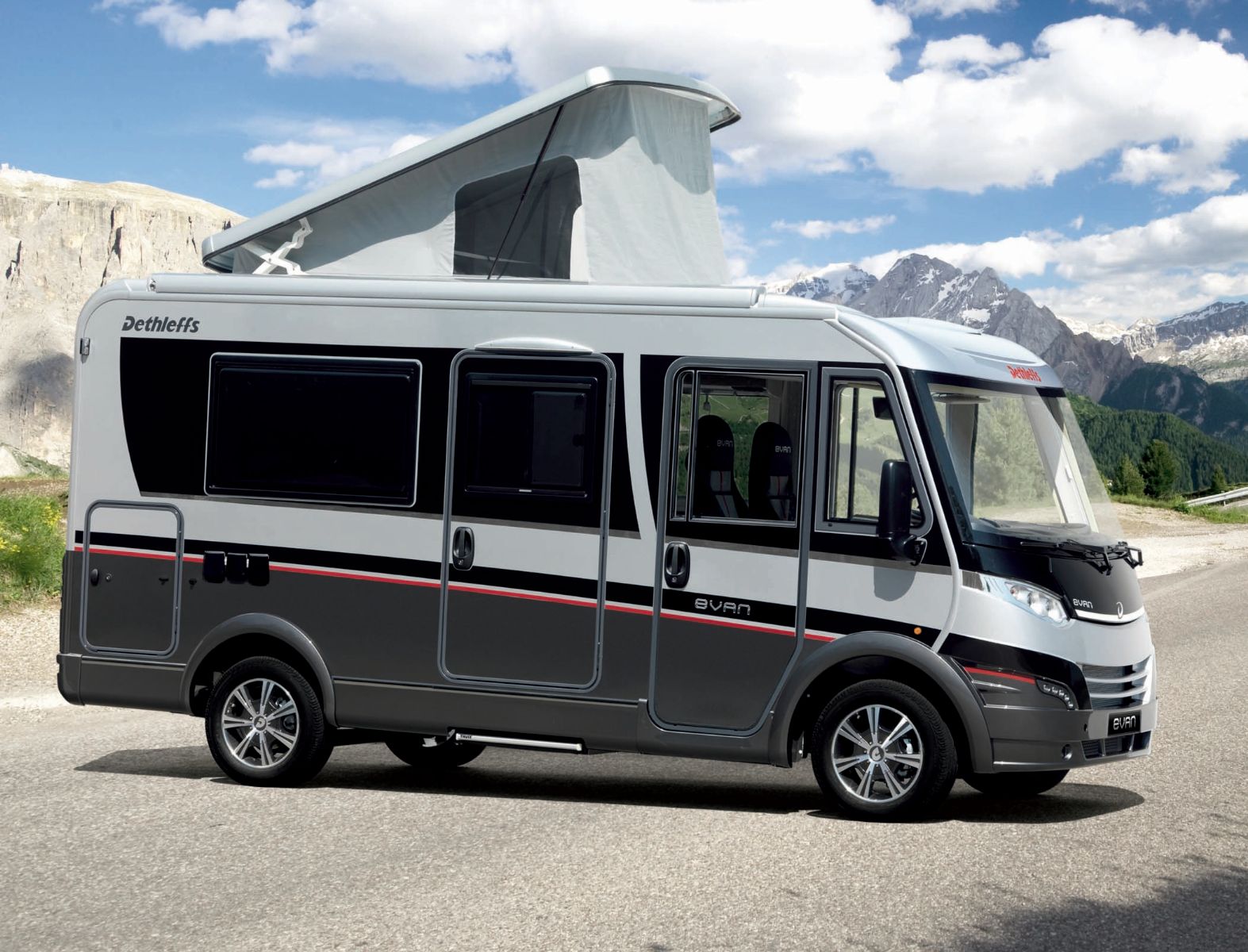 “Another key to the whole concept is flexibility. The rear door gives access to a space where we have fitted rails that can be used to tie-down cycles. Then, when you are on site, the bikes can be removed to give access to the kitchen and shower. We have fitted a Porta Potti above the shower tray, instead of a fixed cassette toilet, so that this can be removed when you want to use the shower.”

Saskia continued, “The Evan is based on the Fiat Ducato chassis, with a choice of engines and three specification levels: the basic Active, more luxurious Sport and top-of-the-range Performance model. Customers can chose the Active model and upgrade the specification if they want, or just buy one of the more luxurious models to start with. There are also two different layouts, the four-berth I 560 B and the six-berth I 560 D, with prices starting at £57,190 for the I 560 B Active model. Standard equipment includes cab air-conditioning, Webasto diesel-powered heating, plus the extra-large entrance doors on the side and at the rear.” 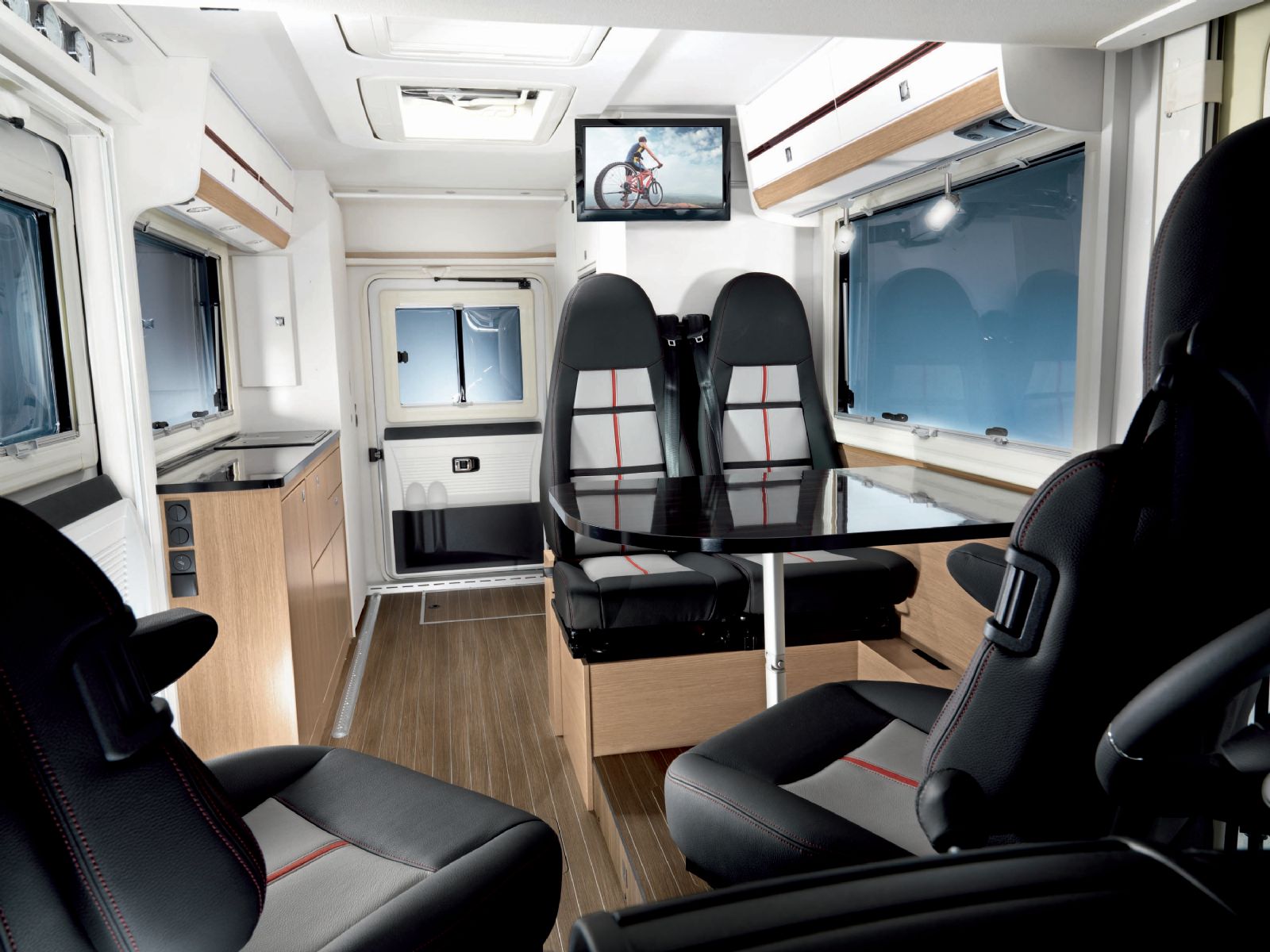 What type of customer is the Evan aimed at? “We are finding that our customers are slightly younger than the typical A-class motorhome buyer, with the six-berth versions appealing to family buyers. For them, the Evan could be the only vehicle they need to own, with belted travel seats for six in the I 560 D model, meaning that it can be used on the school run, or for a family camping trip. Being just 5.65 metres long and 2.15 metres wide, the Evan should fit on most driveways and is much easier to park than large A-class motorhomes. Aspects such as the diesel-powered heating mean that the Evan is also a go-anywhere vehicle, so you can use basic campsites if you want.

“Although we don’t offer our own specialist conversions for people with limited mobility, the wide entrance doors on the side and rear of the Evan mean that it might also prove popular with this sector of the market, with scope to fit after-market wheelchair lifts.”