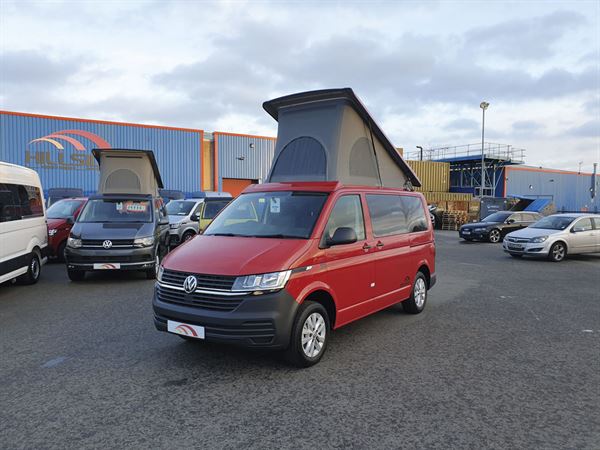 Campervans are cool, quirky and increasingly innovative in design and practicality. If you're looking to buy a campervan and budget means you're considering a used or second-hand model, the good news is that there are plenty of great bargains to be found.

However, if you'd prefer a new model, you might be surprised at how far your money can stretch. What Motorhome has selected 12 brand new campervans under the £50k price tag - have a look through the list to see what's on offer...

A range of Ford-based campervans from Auto Campers, with a selection of roof styles - choose from Lo-line, Hi-line and Pop-top.

There are four conversions in the range. The Day Van is priced from £33,185, the Classic (from £39,685) is a conventional side kitchen campervan, and the Leisure Van (from £40,685) has twin sliding doors - great for al fresco cooking as you can access the hob from outside.

The MRV (Multi Recreational Vehicle, from £40,685) has a bed that can set at multiple heights and adjusted according to requirements.

The SL range from Bilbo's includes four campervans based on the VW Transporter. The Space has a starting price under £40k and is arguably Bilbo's most innovative model, with removable kitchen pods. The Nexa has a rear kitchen and single beds. The Komba has a side kitchen layout and five seats, as well as a large double bed. The Celex remains Bilbo's most popular model, with a rear bench that converts into a bed.

Looking for a versatile campervan? Well, they don't come much more versatile than the Campster, which is based on the Citroen SpaceTourer. It's very much like a car to drive and stands out as one of the most modern in its class.

With a sliding bench seat and the functionality to add extra travel seats, remove seats, and move the kitchen out when not in use (or to cook outside on sunny summer days) this is a campervan that's very clever in design. 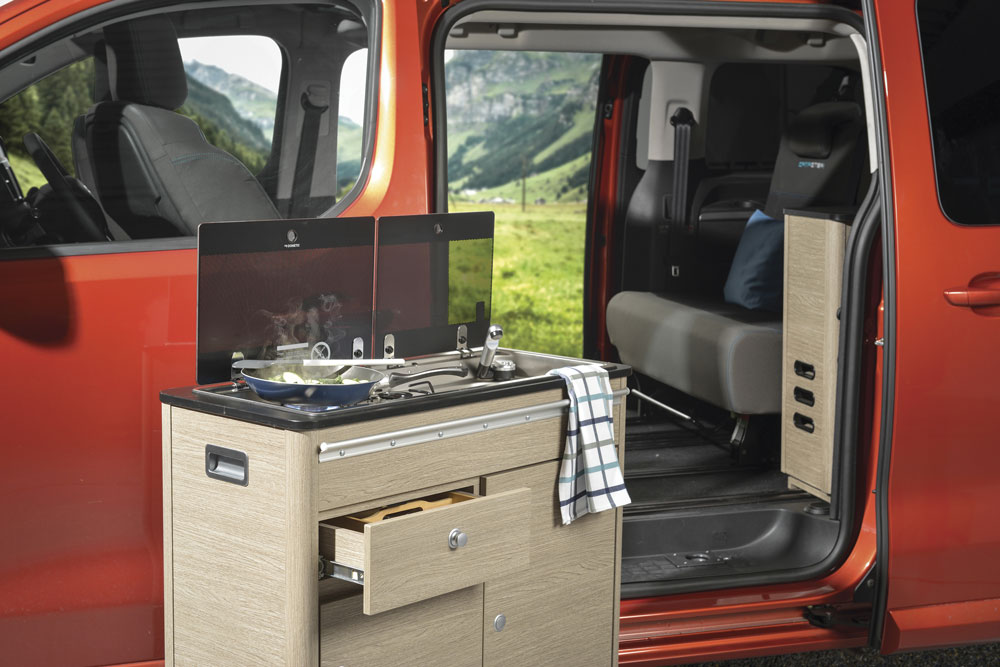 You get a choice of three base vehicles for the HemBil Escape from CMC (Concept Multi-Car) - pick from a Ford Transit Custom, a VW Transporter or a Renault Trafic.

Whichever you choose, you'll get a campervan designed in the UK but using top-class components from Reimo, a German firm. This includes an elevating roof. There's a side kitchen and four berths, as well as a crash-tested sliding seat system.

CMC is authorised to manufacture the official Reimo VW campervan range, and the Trio Style is designed by Reimo. The Smart Line version will keep the price within the £50k budget. Seating comes in the form of a Variotech 3000 sliding seat system, with three rear seatbelts. Both front seats swivel and boot space can be increased if you need to carry extra stuff.

Here's a stylish campervan, available only in one colour: black (the interior is black leather, though there is a choice of three colours for the detailing). The Danbury Raven's appealing looks are enhanced further by alloy wheels. The cab has air conditioning, front and rear parking sensors, automatic lights and wipers, a roof bed and blow-air heating.

The layout is traditional side kitchen, but the galley does have a full oven and grill, which is a relatively rare feature in a compact campervan.

Devon Conversions has long majored on good-value campervans and you can get a lot for your money with the Firefly. For example, choose the long-wheelbase version - which costs from £44,359 - and add on every option going (oven and grill, Webasto diesel heater, three-way fridge, automatic gearbox, electric step and awning) and the whole lot still totals less than £49k.

The floorplan has four seats at the front, and a kitchen and a toilet area at the rear. 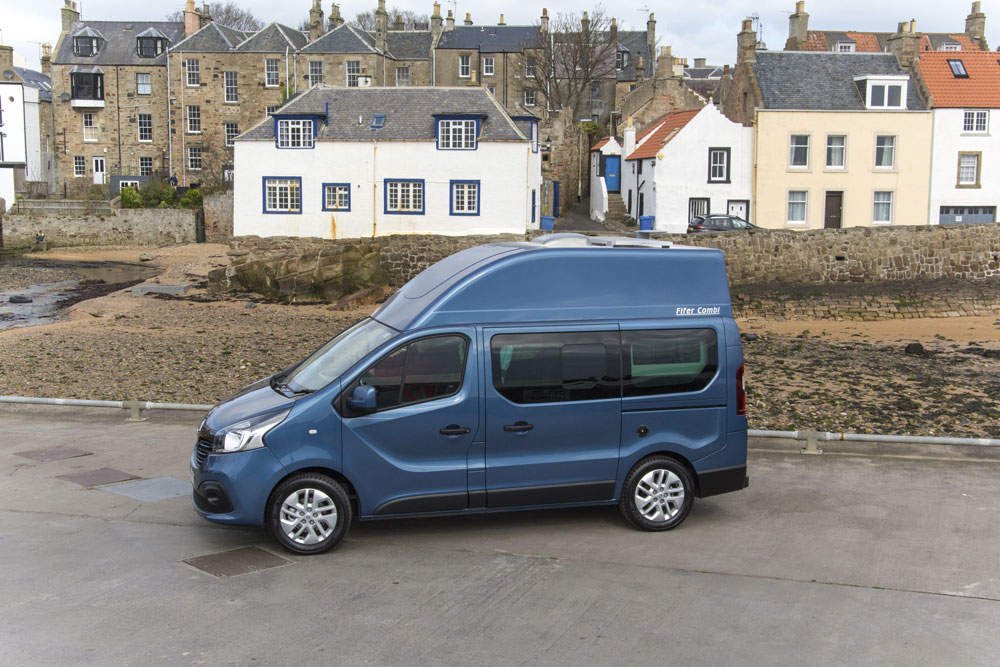 The Fifer Combi is a great value Renault campervan for not just under £50k, but potentially under £40k - its starting price is from £39,500.

Air conditiong and cruise control comes as standard, as well as other goodies including alloy wheels, sat-nav and parking sensors. It has a rear kitchen layout, four belted seats at the front and perhaps the most appealing feature of all - twin sliding doors, so you can get in and out from either side.

Dare you dream of a brand-new VW for the under-£50k price tag? You can; the Birchover S is Hillside's entry-level model and comes in from just £39,995.

That's pretty special for an all-new campervan built on the VW Transporter T6.1, not least as it represents a saving of £9,500 over the ever-popular Hillside Birchover Classic.

It has a side kitchen layout, high-quality elevating roof, four berths and four travel seats. One of the 2020 season's bargain buys, we think. 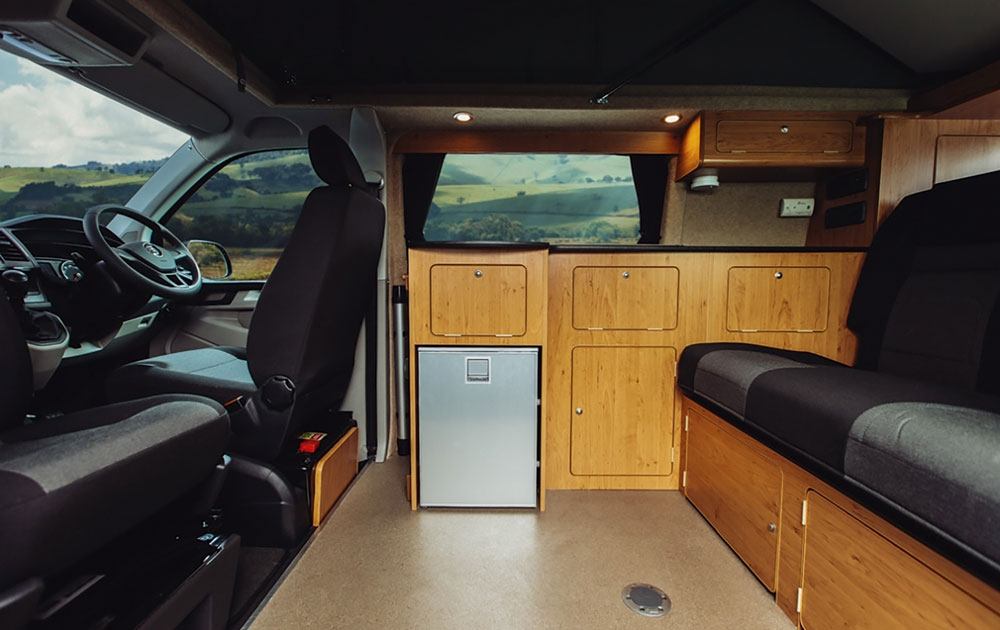 A Rolling Homes campervan included in a selection of entry-level priced models? It might be a bit of a surprise, but yes - the Rolling Homes T6.1 Columbus is indeed available from £46,995, while the new Columbus S, which has a slightly different kitchen design with increased worktop area, is only £600 on top of that.

As you'd expect with a Rolling Homes creation, the internal furniture is real wood, with Corian worktops adding to the classy finish. There are other models from Rolling Homes, too, including the Shackleton (starting price £43,995 on a T26 Transporter). 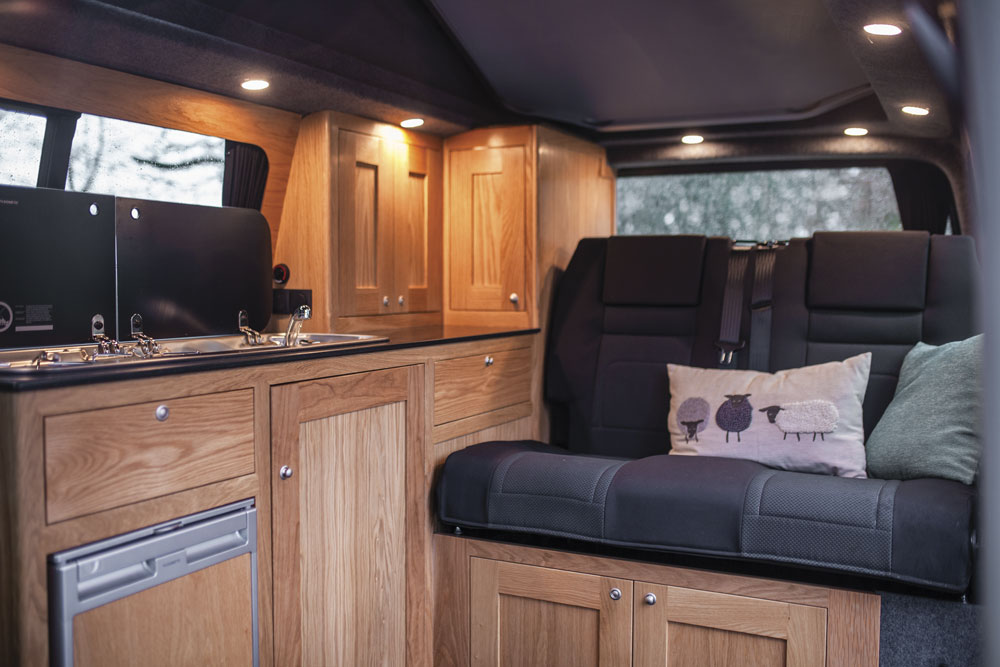 Summit campervans are built by Wellhouse Leisure exclusively for Lowdhams, which has dealerships in Nottingham and Huddersfield.

While its Ford Tourneo Custom models are priced a little too high to make the selection here, a more affordable version - based on the Toyota Proace - does qualify. The Proace is a modern, compact van; standard spec includes a multimedia system, DAB radio, sat-nav, cab air-conditioning and more.

If you want a campervan that handles and drives almost exactly the same way as a car, look this way. 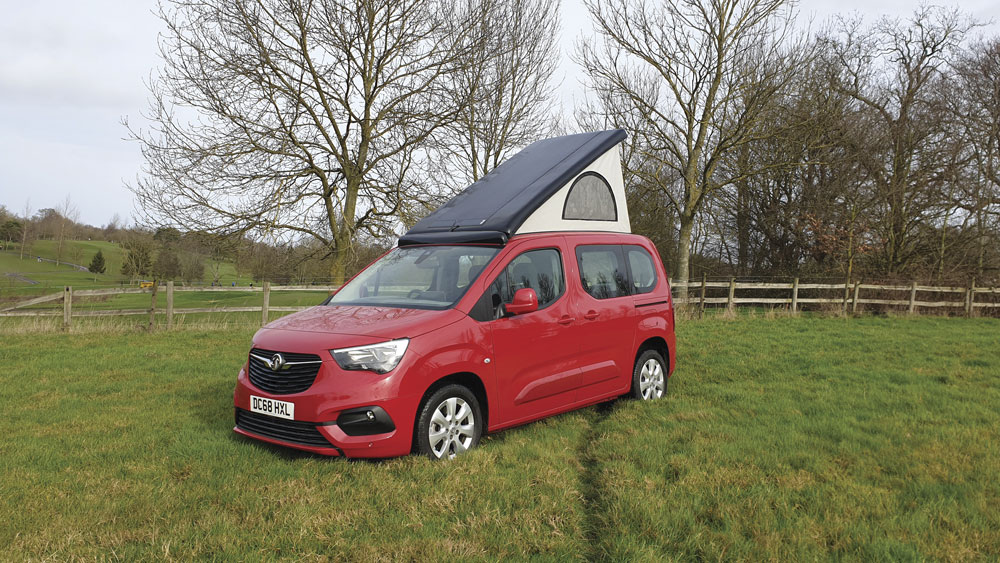 The Vikense III actually started its motoring life as a car in the form of a Vauxhall Combo Life with a 1.2-litre petrol engine. Wheelhome have retained two of the rear seats, so this is a four-seater campervan with sleeping for one or two. One bed is converted from folding down a seat, while another is in the elevated roof.

This is a gas-free campervan and all cooking is electric - aided by a 300W solar panel on the roof.