60 years of Auto-Sleepers motorhomes and campervans 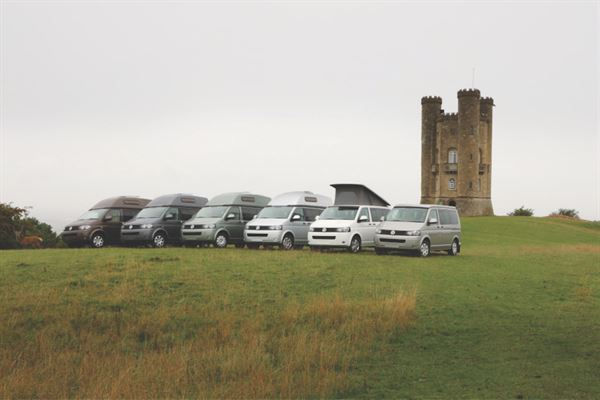 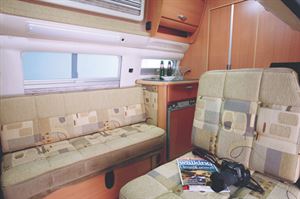 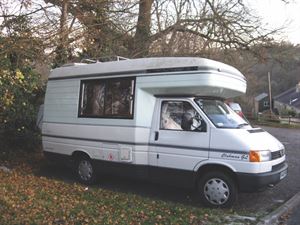 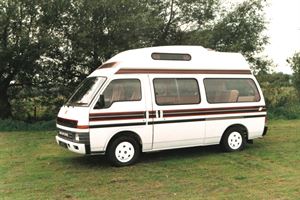 From Amethyst and Ascot to Windrush and Worcester, from the tiny Mezan to the luxurious Mercedes Burford, we’ve tested dozens of Auto-Sleepers in What Motorhome magazine.

Here, editor Peter Vaughan looks back at some of the most significant models in the company’s back catalogue.

The Auto-Sleepers story all started in 1961, when the Trevelyan family built their own Morris-based campervan for a holiday in the South of France.

A second conversion, built on an Austin van, attracted an order for five replicas and Auto-Sleepers was born.

Always based in the Cotswolds, the company’s vehicles have long had a loyal following and a fiercely supportive owners’ club. But what a variety of vehicles it has built along the way.

Commer vans were the mainstay in the early days, before Bedfords and Ford Transits joined the range, but Auto-Sleepers has built on Bedford (CF and Midi), Commer (and the later Dodge-badged Spacevan), Fiat (Ducato), Ford (Transits – first, second and third generations), Freight Rover and Leyland versions of the Sherpa, Mercedes (Sprinter, from the first to the current one, as well as the smaller Vito), Peugeot (both generations of Boxer, as well as the little Partner), Renault (the original Trafic), Talbot (Express), Volkswagen (Transporters in T3, T4 and T5 forms and both iterations of the larger LT).

There was even – very briefly – an Auto-Sleeper high-top campervan based on an American Chevrolet van!

Up until the late 70s, all Auto-Sleepers were van-based and had the solid-sided elevating roof that was such a trademark of the marque at the time – along with its handcrafted light oak furniture.

The first coachbuilt, the Bedford CB22, reflected the company’s not-so-catchy naming policy of the era but, when that was soon followed by the SV100 (again on Bedford CF), the Auto-Sleeper coachbuilt motorhome came of age.

Styled by the late William Towns (who also designed for Aston Martin), the SV100 had a stylish monocoque body made from reinforced glass-fibre.

It looked like no other motorhome and instantly made its rivals appear obsolete.

Similar-looking monocoque bodies followed on Ford, Mercedes, Talbot and VW base vehicles, with names such as Amethyst, Clubman, Executive, Talisman and Legend – and these models indeed became legendary.

More conventional, sandwich construction coachbuilts (which were cheaper to build and competed more directly with their rivals) followed in the late 1990s with a trio of new Peugeot-based models – Pollensa, Pescara and Ravenna.

That was a bigger change than perhaps anyone recognised initially as, in time, the monocoques faded away (with a brief but not entirely successful return in 2011 for the 50th anniversary of the company).

By then, Mercedes-based coachbuilts – with rear-wheel drive and slick automatic gearboxes – were much bigger news. Initially a Marquis-only range, called County (with models named after various English counties where the dealer had branches), Mercedes models later became part of the mainstream range – an inspired decision that gives the marque a real USP to this day.

Van conversions have always remained a key part of the range, though, and today Auto-Sleepers is the top-selling van conversion brand in the UK. There may not be the variety in today’s range (see page 42) that exists in the company’s rich history, with just Fiat/Peugeot and Mercedes chassis, but it still builds compact campers right up to near-8m motorhomes.

You can catch up on reviews of Auto-Sleepers' motorhomes and campervans that have featured in What Motorhome magazine by using our digital content library. Start by using the search bar below to find Auto-Sleepers models:

You’d think they’d have pushed the boat out with a glossy colour brochure but the first record I have (from 1979, I think) of the SV100 is this black and white (actually more black and beigey brown) leaflet.

It claimed that the new model had been designed with “particular attention to aerodynamics with the resultant benefit in fuel consumption and handling.” It certainly put Auto-Sleepers on the coachbuilt map and lead to a succession of monocoque-bodied motorhomes, which set the template for the company’s flagship motorhomes for over two decades.

It didn’t have a name, it was just a Commer Auto-Sleeper, except that this yellow and white one from 1976 did have a name; it was called Luigi after its LWG number plate. It was my parents’ second campervan, the one that cemented the family’s love of motorhoming and the first one we took abroad.

That initial trip wasn’t just a pop across the water, either, but a month-long epic tour through seven countries, ending up on the Black Sea coast of Bulgaria. We covered nearly 5,000 miles on that unforgettable trip, visiting many places that, back then, hardly ever saw a western tourist. My folks went on to own another three Auto-Sleepers after this one.

Still relying on an odd mix of letters and numbers, rather than today’s models recalling Cotswold villages, the CX200 was a landmark model not just for Auto-Sleepers but the whole industry.

This simple one-page, two-sided A4 brochure from 1981 revealed a high-top van conversion with a toilet compartment at a time when campervans almost universally had an elevating roof.

The idea really grew traction with models such as the Harmony, Rambler and Symphony, all based on the slightly larger Talbot Express and, of course, it set the course for today’s van conversions. Not sure you’d be allowed to show the lady drinking wine today, though. Not without a health warning…

The Clubman name was first used on the Bedford CF (basically an SV100 with a new, more conventional layout), but it’s the Volkswagen T4-based coachbuilt that will be fondly remembered by many.

With a length of just 5.32m, this VW was compact even then but it looked so smart, drove so well and, in those pre-fixed-bed days, offered everything a couple could want. Later ‘long nose’ models with the 2.5TDI engine were even more desirable and remain sought after today.

We found this 1998 model with 84k miles recorded and just one owner from new (he/she must have loved it to keep it for over 20 years), at Oaktree Motorhomes, with a £19,995 sticker in the windscreen.

Originally called the VX50, the Trident started life on the rear-engined T3 Transporter (otherwise known as the T25), and evolved with the changes in VW’s van.

There were T4 and T5 versions of the Trident, too, and a sister model to this high-top was always in the brochure – the rising roof Trooper (usually with Auto-Sleepers’ distinctive solid-sided roof, but latterly offered with a Reimo pop-top).

For years the Trident and Trooper (inevitably featuring the classic side kitchen campervan layout) were best-sellers but, when sales declined, the company abandoned this sector. Its last pop-top model was the ill-conceived Mercedes-based Wave but we’d not be surprised to see Auto-Sleepers returning to the small camper market before too long.

There are still plenty of Tridents of all ages on the used market. We found T4s from £8k up to late T5s at £30k-plus and T3s (which are now getting a classic following) at around £15k.

Like the Clubman, the Duetto achieved unwavering success in its day from a very loyal audience. Think of it as having a layout like today’s Symbol but being based on a rear-wheel drive Ford Transit, the latter being key for its devotees who chose it over the broadly similar Talbot or Peugeot-based equivalent.

The original Duetto (usually finished in beige with Auto-Sleepers’ traditional painted coachlines), based on the long-wheelbase, second-generation Tranny was 5.55m long (quite large in its day), which accounted for the spacious two-berth layout. The later model, on the newer Ford from 2000 onwards, never quite matched the earlier vehicle’s success.

We first tested one in January 1995, when it was priced at £24,485 and starred on the cover. We said, “Duetto may not be the first van conversion to offer all the life support systems of a coachbuilt motorhome within the dimensions of a camper. But to date it’s one of the very best.”

You’ll have no trouble finding examples of these big-selling campervans today, at prices between £10k and £25k.

It started life on the T4 and continued on the T5, even including the later T5.5 facelift, but the Topaz was always unique.

For a start, this was a long-wheelbase high-top in a VW market dominated by short-wheelbase pop-tops but, more importantly, its layout owed more to the larger Ford Duetto and Peugeot Symphony/Symbol than it did to other VW campers.

The Topaz, in all its guises, had a washroom across the back that included a cassette toilet and a shower. That meant some compromises in the night-time set-up, but this motorhome could still offer the choice of single beds or a double (just not very big ones). As with other popular Auto-Sleeper models, there are always VW Topaz campers at dealers, with prices typically ranging from £15k to £30k.

Not the sort of motorhome you’d ever have expected Auto-Sleepers to build, the Mezan was the company’s sole venture into the micro-motorhome market in the mid to late noughties.

With a monocoque body built onto the little Peugeot Partner, it was a dead ringer for a Romahome but with a few touches of the Cotswold company’s own. It came in standard and Low Line forms, the latter with a front-hinged rising roof.

Around £20k to £23k today bags you what must surely be the most fuel-efficient camper ever to come out of the Auto-Sleeper factory. We found the 2006 example shown here, with 79k miles recorded, at Oaktree Motorhomes, where it was priced at £22,995.

I could have picked the Symbol, which (as a mildly reworked version of the earlier Symphony) has an even longer history in the Auto-Sleeper range, but it’s the Nuevo that the company has picked as the model with which to celebrate its 60 years in business.

Today, it’s pretty much unique as a two-berth that doesn’t shy away from a comprehensive spec far exceeding its diminutive size. Whilst we’d love to see a modern-day Duetto or Clubman in the range, the Nuevo has outlived its sister models and its rivals. It says something about its maker that the Nuevo just keeps evolving – and keeps on selling!

I could have picked any of the Mercedes-based range because, surely, linking up with the prestigious three-pointed star was a no-brainer for this premium brand (especially after rival, Auto-Trail, abandoned the Merc chassis), but the Surrey has particular memories for me as, in 2010, I took one (which we had on long-term test) down to St Tropez with my then two-year old daughter.

On site, I wondered why passing campers kept looking up at the roof, only to find that Ariane (who was supposed to be asleep) had posted her large collection of teddy bears out through the overcab’s rooflight onto the roof!

Take a look at our spotlight for Pilote and Le Voyageur's 2022 motorhome ranges ... 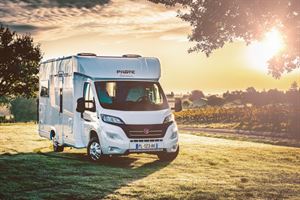 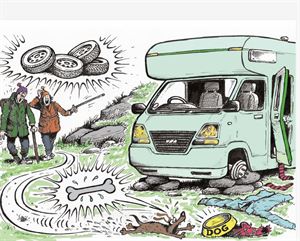 Fitting a tracker might not save you a lot on your premium but it means there’s more chance of you seeing ... 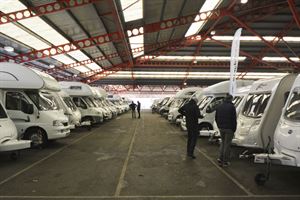 Where and how to sell my motorhome: The ultimate guide

The easiest and quickest way to sell your motorhome or campervan is to part-exchange with a dealer or ...

If your motorhome is nearly new, you need to ensure that you have this type of cover ...

Motorhome insurance: All things in excess

Increasing your excess might reduce your premium, but is it a wise thing to do? ... 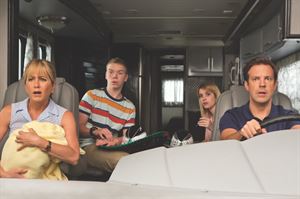 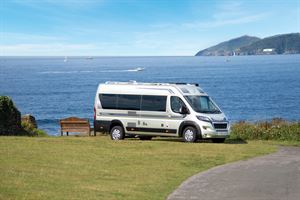 A complete guide to French bed campervan layouts, including our top tips, best campervan choices, base ...