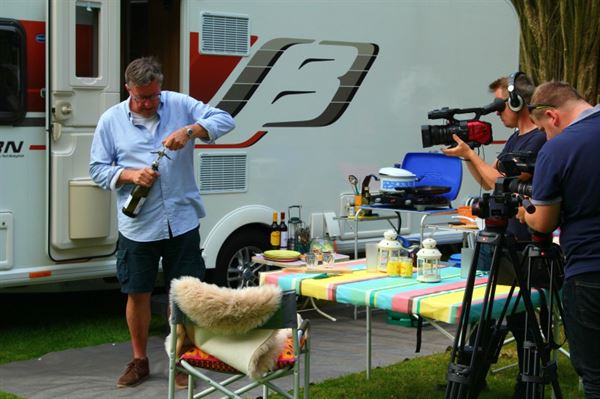 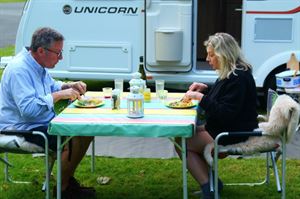 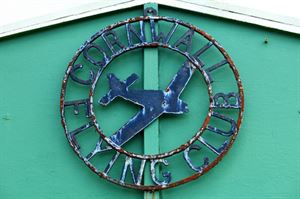 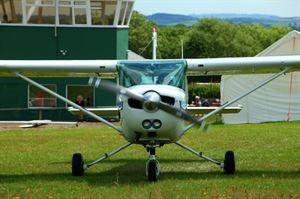 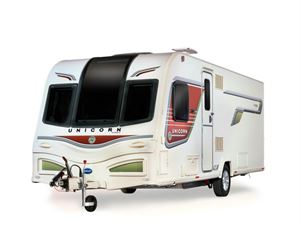 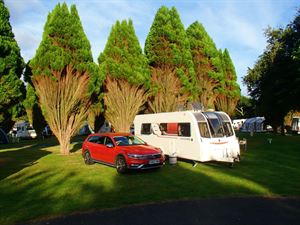 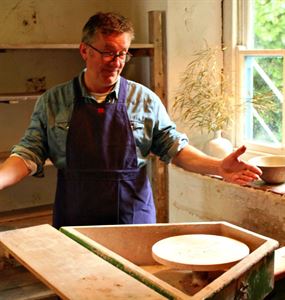 You can watch it on your smart TV, tablet, PC or smartphone here.

Rowland and Monica have borrowed a lovely Bailey Unicorn Vigo caravan for their trip to Cornwall. Last month, they pitched up at the Caravan and Motorhome Club's lovely Looe campsite, and Rowland went sea fishing at Mevagissey, to catch some fish for supper.

This month, the adventures continue…

The weather forecast for today was dire and proved to be correct. We awoke to rain thrumming on the roof of the vans, and it barely let up all day.

This wasn't an issue, though, as we headed for an indoor day at the famous Leach Pottery in the artists' haven of St Ives.

Founded by legendary potters, Bernard Leach and Shoji Hamada, in 1920, the expansive property features a museum, working studio, galleries and a shop. It is also home to resident potters who create commercial work to support the Leach Pottery, and work on private projects in their own time.

Leach Pottery has a packed schedule of events, including taster sessions, where up to four beginners can learn to throw a basic pot.

The sessions include clay prep, wedging, centring the clay on the wheel and throwing basic cylinders. The pottery also runs fun sessions for kids. Check out its website for details.

Rowland and Monica undertook a pottery challenge, overseen by resident expert, Kat. Working on a vintage Leach treadle wheel, the pair attempted to create a mug. The manually powered wheels feature a large stone flywheel, which requires some serious thigh action to get it spinning up to speed.

A clay ball is thrown onto the wheel with some gusto (too much in Rowland's case) and then carefully centred, before being shaped into the desired artefact. Rowland's attempt was badly malformed from the first throw, and went downhill from there.

By the time he'd finished it looked more like a surrealist's ashtray than a mug. Monica did better, creating a rather elegant cylinder, before taking her eye off the ball for a second, at which point it collapsed into a 1:500 scale model of a half-demolished tower block.

While the two would-be potters didn't have anything worthwhile to take home, they did end up with a thigh of steel (just the one). Every cloud and all that!

Today, we headed to Bodmin Airfield and Cornwall Flying Club to take a flight over Cornwall's stunning coastline. Rowland reckoned this would be a great way to get a new perspective on the county's astonishing coves, cliffs and beaches.

But arriving at the airfield, Rowland suddenly became jittery; he'd noticed the bright-yellow biplane with a wing-walking frame attached to its top wing.

"Seriously, you're not sending me up on that, are you?"

Luckily, we weren't that cruel.

There's a two-seater Cessna parked nearby, and a young man checking it over.

"Y… you're the pilot?" questioned Rowland, looking slightly anxious that he's putting his life in the hands of such a young flier!

It turned out that our fresh-faced friend is at least seven years older than he looks; he's 22, with hours of pilot training under his belt.

After the pair climbed into the compact cockpit, Harry undertook his preflight checks, before firing up the single propeller. Then they were off, into the brilliant blue sky, heading north-west towards Padstow and the sensational Camel Estuary, with its sweeping, white beaches, sandbanks and azure-blue sea.

"Oh my Lord, this view is sensational," crackled Rowland over the radio.

The vista below them was utterly beguiling, a perfect advert for this south-west region… though it looks more like the South Pacific from the air!

They rounded Stepper Point and looped back past picture-perfect Butterhole Bay, before swooping around to fly on to Port Isaac, home to telly GP, Doc Martin.

Every detail of this picturesque village was visible from the sky, including its pretty harbour. No sign of Mr Clunes, though.

Cornwall Flying Club offers jaw-dropping flight experiences over Cornwall that won't break the bank. One to three passengers can be accommodated by the club's fleet of aircraft, for 30 or 60 minute flights. Prices start at a reasonable £90.

Back at the airfield, we heard the Cessna before we saw it. Then a glint in the sky heralded its return for a smooth landing at the airfield. Rowland seemed relieved to be on terra firma, but couldn't hide his enthusiasm for the flying experience. "I don't know why everyone in Cornwall doesn't have a plane," he joked.

In the evening we settled down to dinner at the site, before watching a movie. For the full cinema experience, we used a BenQ GS1 portable projector to project the film onto the side of the caravan (benq.co.uk). This indoor/outdoor gadget creates a crystal-clear, 60-inch image at just one metre away, and, of course, white caravan walls make perfect screens!

Today, Rowland and Monica came face to face with a Cornish icon, in a culinary battle to test their skill and dexterity to the limit. They were to tackle the Cornish Pasty Challenge!

The venue for this 'Olympic' contest is the Philp's Famous Cornish Pasty emporium in Hayle, on the north coast. Philps is one of the great names in traditional pasty production, using top-notch local ingredients to turn out thousands of these delicious Cornish specialities each day.

The delicacies are sold in the Philp family's six shops around the county, as well as by independent shops and cafés. They can even be couriered around the country to anyone who finds themselves with a burning hunger for one of these mouth-watering meals!

But we were here for some serious business, a pasty-making challenge.

The Rivrons were schooled in the art of pasty production by pasty queen, Cerys. You gather the meat and vegetable contents into the middle of the pastry circle, then carefully fold it over, taking care not to lose any filling. Now for the hard bit; the curved edge must be nipped and tucked to create a flawlessly folded and creatively crimped pasty.

It's all about combining speed, quality and finish to achieve a pasty fit for a king.

"Ready, steady, go," said Cerys, and the two began crafting their perfect pasties. Rowland was quicker, but his attention to detail looked, frankly, shoddy. Veg fell out and got squished into the pastry, while Monica meticulously nipped her edges perfectly.

After a minute, Cerys shouted 'Stop!' and the two slid their finished efforts towards her for judging, in the style of the Generation Game. Rowland's was assessed first.

"Yours seems to have developed an extra appendage," said Cerys, of the pastry protrusion sticking out from the end of Rowland's effort.

"It's so I can identify it once it's baked," is his weak excuse!

"Monica's pasty looks much more traditional. It's a good shape, with neat and consistent crimping" says Cerys. "Monica is the winner."

When we headed back to the shop, two delicious-looking, golden pasties, marked R and M, were in the glass warming cabinet.

"We'll take them to the beach later for a picnic," said Rowland; and the Cornish treats

Later that day, Rowland and Monica headed down to Looe beach to bid a fond farewell to Cornwall, with a low-key picnic of handmade pasties and a drop of fizz.

This clean, sandy crescent swoops around to the harbour wall, which separates it from the East Looe River. There are a few swimmers, kite fliers and little kids playing along its length, on a gloriously sunny and warm late-afternoon.

The pair bite into their delicious pasties and sit back to take in the blissful view. It's been a busy few days, involving many new experiences, some great food and drink, and many friendly Cornish folk. It's what caravanning is all about.

You can watch the Rivrons' Caravan Adventures in glorious 4K high definition on your smart TV, smartphone, tablet or PC on our YouTube channel here, or below!