Destination of the month: Tory Island 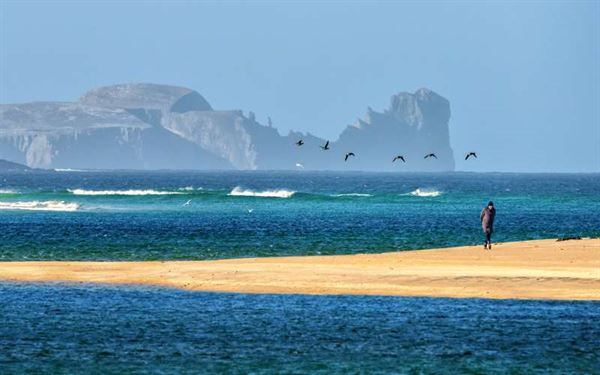 Balor's Fort is a historic ruin at the end of a long, narrow rock, surrounded by sea. The terrain is very narrow and treacherous, with a 90 m drop on either side. Not many people attempt to reach the fort, but traditionally, if you step onto the Wishing Stone at Balor's Fort, you'll have a wish granted. We reckon rubbing an old genie lamp, or blowing out candles is a safer option!

The Tau Cross, near the harbour, is medieval, and one of only two Tau crosses in Ireland. There's a 6th-century bell tower in the village, the largest remaining part of Tory's monastery, which was destroyed by English troops in 1595 in a battle against local chieftains.

The 19th-century lighthouse, on the west coast, was automated in 1990. It's one of three lighthouses on Tory.

A WWII torpedo, washed up on the shore between An Baile Thiar and An Baile Thoir, was defused and is now displayed nearby. There's also an art gallery that exhibits paintings by local artists.

Despite high winds, the island's a wildlife haven. Corncrakes, a threatened species, successfully breed there.

Access to the island is by ferry from Magheroarty. 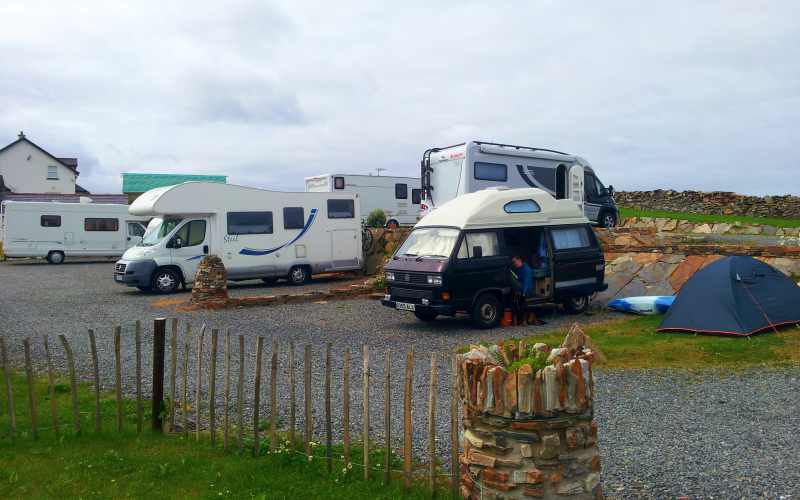 This is a small, quiet park with washrooms, recycling and waste disposal. You can order breakfast or Irish stew, and enjoy the WWII themed wine bar/lounge (with free Wi-Fi). There's a barbecue facility, and a laundry.