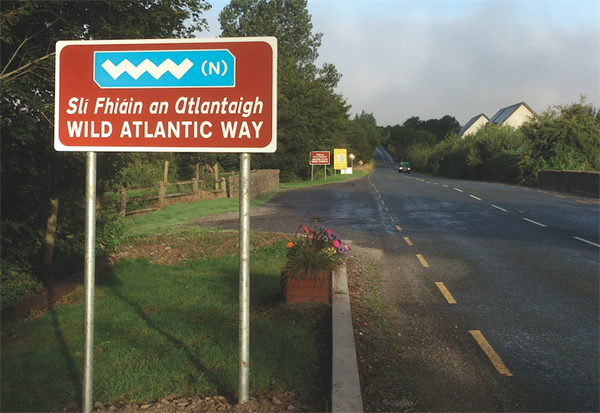 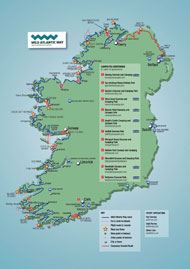 Fancy caravanning the Wild Atlantic Way? The route continues to keep us enthralled

If you visualise a map of Ireland as a man’s head in profile, you’ve now traversed his shaggy beard and are heading north to the smile – the mouth of the Shannon. While Dingle has one famous dolphin as mentioned in part one of the route, here is a resident pod of 160. 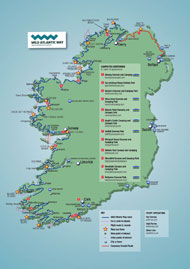 The next great landmarks are the Cliffs of Moher, which soar more than 200m sheer above the Atlantic, and the extraordinary limestone pavements of the Burren. Both are difficult to miss and can be well appreciated from a stay at the charmingly-named Nagle’s Doolin Camping and Caravan Park.

The route north now passes Galway, the only city on the Wild Atlantic Way and the approximate halfway point of the expedition.

The perfect campsite here must be Salthill Caravan Park, located at the end of the prom and with brilliant sea views.

Heading west again and into Connemara, the largest Irish-language speaking (Gaeltacht) area of the country, the Wild Atlantic Way connects many of the best surfing beaches in the country, some of which, like Curragh, are really for experts only.

Westport House Caravan and Camping Park is handily located for this and for the extraordinary Clew Bay with its 365 (count 'em!) islands – many of them partially-submerged or ‘drowned’ drumlins.

Further on, having traversed the coastline of County Mayo (the upper part of the nose on our map face), Belleek Park Caravan and Camping and Strandhill Caravan and Camping Park provide a choice of stopovers before tackling the northern stretch of the route.

If you thought the Cliffs of Moher were impressive, those round the Donegal coast at Sliabh Liag soar almost three times the height to 600m. They’re not quite as sheer, but it’s a scarily long way down from the knife-edge ridge of some of the highest sea cliffs in Europe to the waves of the wild Atlantic below.

We’re getting close to the top of the man’s head now, but the journey is not yet done. The beach at Ballymastocker was reckoned the second most beautiful in the world by The Observer newspaper, late last century. Apparently you’d have to go to the Seychelles for better. You hardly have to go any distance, though, to Knockalla Caravan and Camping Park, which is just a short walk to this lovely beach.

Back to the border

If Mizen Head is Ireland’s Land’s End, Malin Head is its John O’Groats. The scenic route continues to the border with Northern Ireland at Derry/Londonderry.

If the previous 1700 miles have not satisfied your love of all things Irish (eirophilia?), the Causeway Coastal Route along the coast of the province will take you a further 120 miles, via Ballyness Caravan Park at Bushmills and the natural wonder of the Giant’s Causeway, to the ferry ports of Belfast and Larne.