How long does it take to erect a Vango Rapide II 350 air awning? 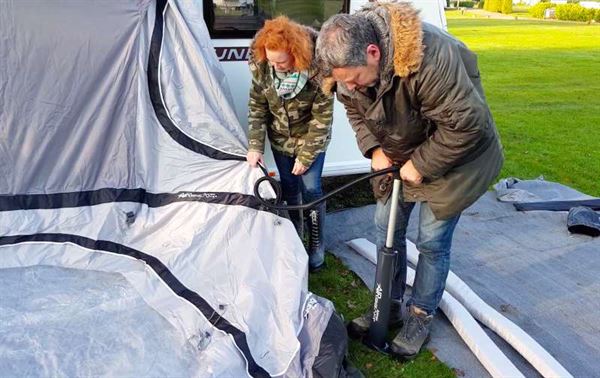 Watch our video below!

There's been a revolution in 'Caravan world' in recent years, and it's come in inflatable air awnings.

No one has embraced the changes more effectively than Vango. This Scottish manufacturer offers many light, rigid, cost-effective air awnings featuring its AirBeam technology.

Air awnings are much-vaunted for the speed with which you can erect them, so freelancer Clare Kelly and I thought we should put these claims to the test, to see if they're fact or fantasy.

Pitching an awning against the clock 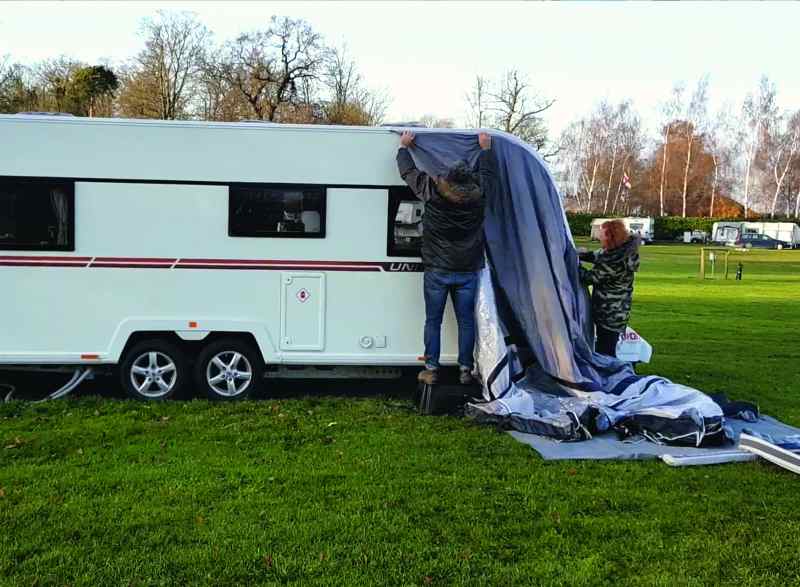 We threw erecting a Vango Rapide II 350 air awning against the clock to see just how long this porch awning would take to build.

The awning bead slid quickly into the rail and Clare continued to feed it smoothly into the channel, as I pulled it through.

As an XL gentleman, this proved relatively easy, but I did need the caravan step to reach high enough. Smaller folk may benefit from packing a small, aluminium step ladder. The Rapide is light and flexible, though, which made things easier.

Next, Clare hammered in the awning peg nearest to the van wall, to ensure we didn't have an air gap. Velcroing in the foam pads created a nice tight fit between awning and van wall. 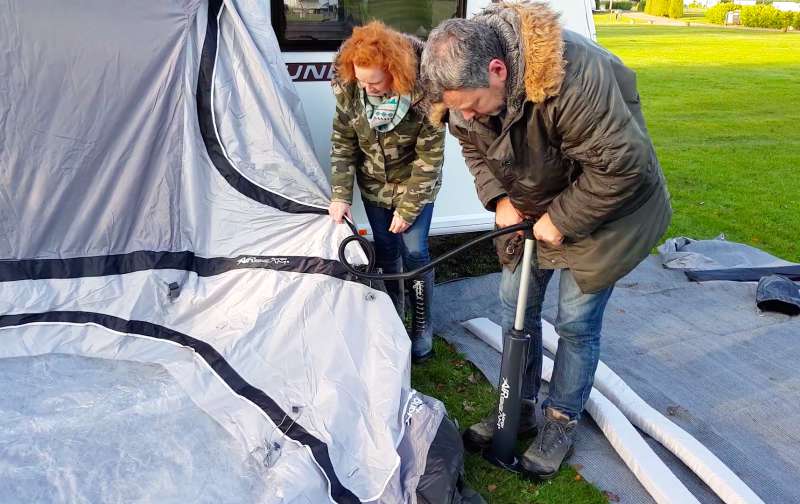 Clare located the single air valve on the front arch, and I attached the pump. 25 pumps later, and we'd fully inflated the beam. We pulled it vertical and pegged the two guy ropes to hold it in place. In about eight minutes we had a rigid awning. Ideal if it's cold or raining.

Next, we added the front-to-back, tensioning AirBeam, to increase rigidity. We then pegged the porch down and attached the draught skirt. 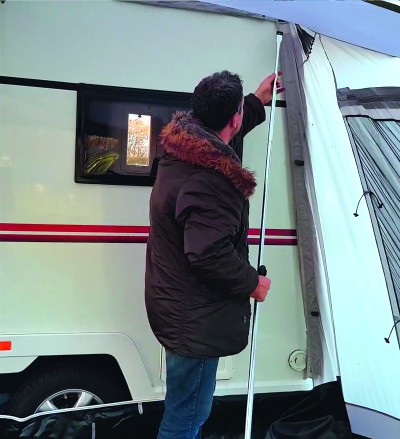 Although it's an air awning, there were two poles left over, and it took a few seconds to work out where they went. These extendable steel poles slot into small corner pockets next to the awning rail and hold the foam pads tight to the caravan wall.

To me, air awnings are a revelation. Some people might call me lazy, but the last thing I want after a long drive to a campsite is to spend up to an hour building an awning and arguing with Mrs Sootheran; however much extra space they may provide.

And, I simply can't see 'The Teen' getting involved, without the sort of 'fireworks' that would put New Years' Eve to shame!

Air awnings are lighter, smaller and often cheaper than their pole-based cousins. However, it's the fact that they're much simpler and quicker to erect that wins me over, every time. 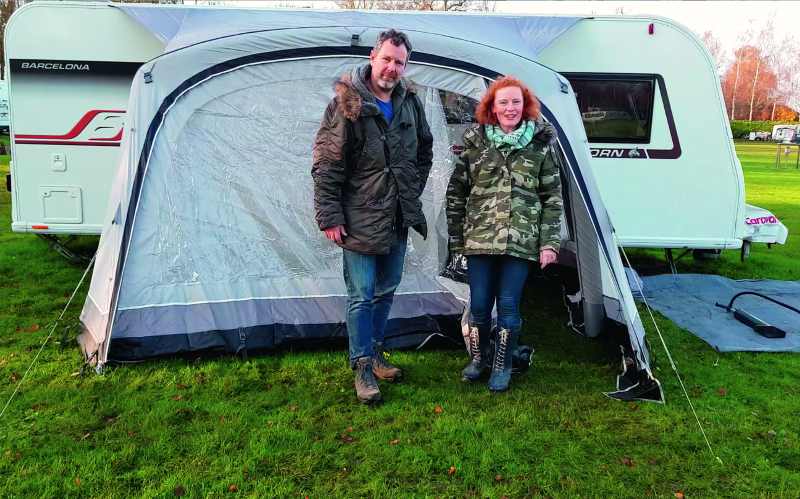 For weekend breaks, or even a week or two's holiday, we'd plump for an air awning as it's more convenient in almost every way. Pole awnings tend to be heavier and bigger to store/transport. That said, they are also more substantial and sturdier, so they're ideal for longer-term pitching.

Clare and I are relative awning novices, as we don't use awnings when we caravan. Bearing that in mind, we found the Vango intuitive to erect. Once it was in the rail, it took about 25 pumps and we had a usable space. 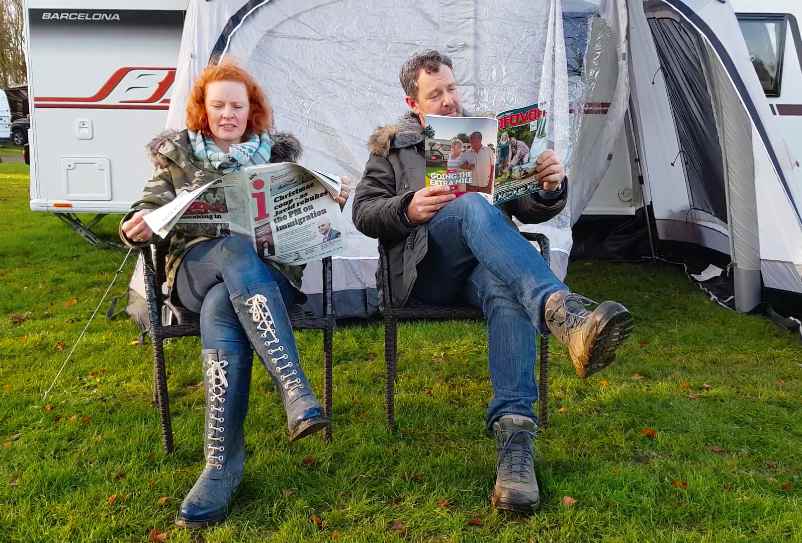 This simplicity resulted in a build-time of just 18mins 33secs. I reckon we could get this down to 15mins if we had another go.

In the speed test, the Vango Rapide II 350 air awning truly lived up to its name. It takes the leg (and arm) work out of awning building, compared to a traditional pole awning.

They are also intuitive to erect and may well extend the time older folk can continue caravanning. For anything other than long-term pitching, an air awning would be our first choice.

Watch us erecting the Awning!