Guide to family caravans for sale 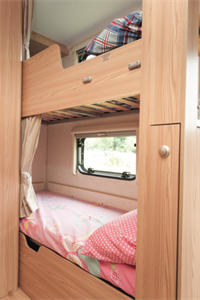 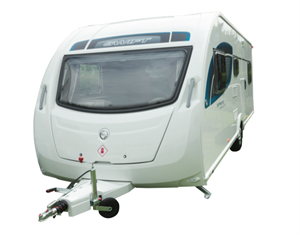 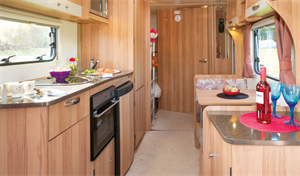 Caravans for families usually need to make the best use of space as possible, as there are more people with different needs using the same living areas at any one time. Kids will need somewhere to keep themselves entertained, and bunk beds are great in that respect.

Unlike in caravans for couples, often a separate living area is required for parents once the children have gone to bed, too. This can range from a room divider that pulls across the width of the caravan to a fully separate room entirely.

Washroom details are important here, too, as it’s unlikely you’ll be able to holiday and use the site’s facilities without facing some kind of loo-based emergency at some point. Therefore, washing areas and shower rooms should be big enough for both parent and child to fit in if needs be.

Family layouts aren’t just about the number of children you have, though. Your choice may be influenced by the occasional need to accommodate a friend of your children, or another family member. That makes five and six-berths ideal for families of four, because they offer flexibility.

For many families, this is the perfect sleeping arrangement because the children get their own bedroom and also their own daytime environment, too. They can watch their own television, play, dine and have their own space.

Lounge-dining areas at both ends of the caravan mean that both have the ability to make beds at each end. Often, there are bunks featured at one end, too. This means that you have choices about who sleeps where. Parents can take the double bed with, perhaps, the youngest child on the bunk, and two children in single beds in the front. Or, parents can have the front and the kids can make the rear area their own.

Another great thing about this set up is that you can keep the rear end as a permanent bedroom, so you only have to do the bed conversion task in the lounge in the morning and evening.

Caravans that feature six berths mean that they’re sure to have some seriously clever combinations of seating and lounging that make up into somewhere to sleep. Think about the space that you’ve got,  even in a twin-axle tourer. In order to sleep six people comfortably, there has to be a lot of room  to live comfortably.

Whether it’s a layout with a lounge at each end – both making up into a double beds – or a caravan with a fixed bed at the back that has further sleeping to be made from the front seating, a big family needs more! This means that bunk beds made up from dining areas are essential to find that extra two beds. What’s surprising, though, is that you can find this number of berths for under £15,000 new.