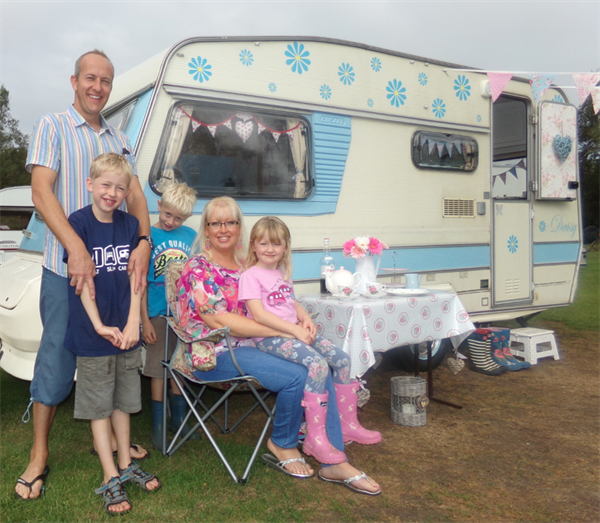 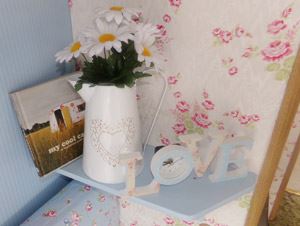 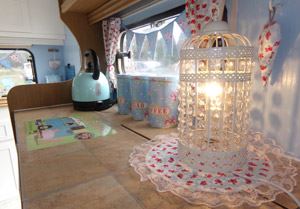 The Lunken family have taken this 1985 Abbey GT caravan to a whole new world of vintage chic.

With the support of husband Simon, sons Harvey (aged 8) and Samuel (aged 7), and daughter Annabelle (aged 4), mum Jo has proved her passion for restoration by fettling with all things fabric, hardware, accessories and appearances.

It's a restoration project of pretty large proportions to turn this '80s Abbey from tired tourer to looking like a true vintage caravan, but Daisy’s development started out on a much smaller scale.

“To start with, Daisy had dark green upholstery and didn’t look as good, so I said ‘I can make it look a bit nicer with some cushions’ and that kind of thing. It’s just absolutely snowballed from there,” she explains.

“We didn’t realise how big the whole retro thing was when we started. Still, that wasn’t really the initial aim.”

The Lunkens started searching for a family caravan to tackle comfort issues with tenting for UK festivals. It was only when Jo stumbled upon Jane Field-Lewis’ My Cool Caravan book that the inspirational juices really started flowing.

“I love the Cath Kidston designs too,” Jo tells us. “Daisy’s somewhere that we can make look lovely. Because it’s probably a little too much to do in your living room, you can do it here instead. We chose the blue and the white to start with and it just went from there!”

But the hard work’s been worth it, as Daisy is now reaping the benefits of attention on-site as well as turning heads on the road.

“We had six different families come up and talk to us on our last trip,” says Jo, beaming. “We were only there two nights! A group of people that visited Daisy over a weekend stay offered to send me an offcut of carpet for a doormat that they have at their company premises, simply because it matches. How kind! Even complete strangers love her. We get some hoots as we tow too.”

Now that Daisy’s a member of the family, it seems that she’s not going anywhere unless towed by the Lunken’s car. There’s no way they’ll give her up.

“It’d be too hard to let go,” says Jo. “We’re already saying that, as the family grows, we will have to buy another bigger caravan but we couldn’t get rid of Daisy. I couldn’t see anybody else driving away with her.”

The Lunkens are a family proving that hard work, determination and the overall fun of achieving restoration bliss yourself can be something enjoyed by everyone. Although, Harvey and Samuel still think “Daisy’s too girly!”