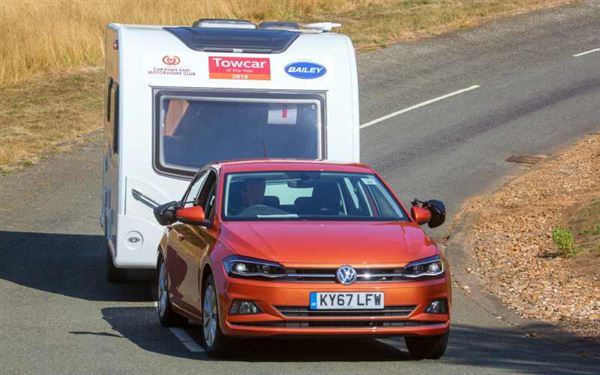 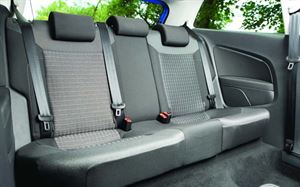 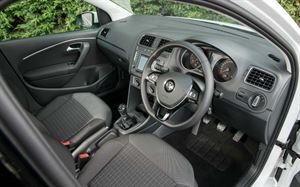 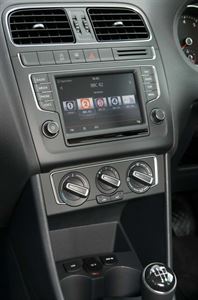 How we chuckled when we saw the titchy Polo poking its diminutive nose out from the towering line of hefty SUVs and monster pick-ups.

“I reckon it’ll fit in the back of the Amarok,” laughed one of the judges.

“It’ll stall when you try to pull the skin off a rice pudding,” joked another. We all agreed. And then we towed with it.

Some of you will remember Precious McKenzie, the four-foot-nine-inch, eight-and-a-half-stone weightlifter from the 1960s and 70s. Precious won four Olympic and Commonwealth Gold medals and became a regular guest on TV’s Blue Peter.

I particularly remember his appearance after he lifted 1,339lbs — more than ten times his own body weight! I was in awe.

It was much the same sensation when towing with the Polo. Like Precious McKenzie, this little, hatch has the heart of a lion — an all-aluminium, three-cylinder, 1.0-litre turbocharged engine, that’s kind to your wallet, and the environment.

The first thing you notice about this Polo is its unexpectedly-strong acceleration. Even with a tonne of caravan behind, it feels ‘surprisingly lively’ and pulling away is effortless. I timed its 40-60mph ‘overtaking’ acceleration at a little less-impressive 8.5 secs, though still perfectly adequate.

There are no worries about stability, either.

At speeds below and above 60mph, it inspired 100% confidence, even when changing lanes dramatically on Millbrook’s high-speed bowl.

From the steeply-banked circuit, we headed to the incredible hill-route. If you’ve ridden Space Mountain at Disneyland, you’ll have a feel for this extreme test track, which rocks and rolls, linking steep inclines with heart-stopping descents and extreme camber changes.

The 1,190 kg Polo didn’t flinch, dominating the ’van, as it carved its perfect lines. Late on the brakes? No probs; even in situations you’d hope never to replicate on the A1.

The Polo’s brakes are strong, especially on the one-in-six hill start, where it’s easy to match the manual handbrake release with the engine’s power delivery and impressive front-wheel-drive traction.

At speed, ride and handling were both very good and, though the steering feels a little light, this compact hatch goes exactly where you point it.

The automatic DSG gearbox seems to read the road ahead, too, changing down in plenty of time for the steeper inclines, helping you to maintain momentum and keeping the engine’s revs in the useful power band.

Inside, there’s no sense of claustrophobia, despite the typically-Teutonic, dark-fabric seats and the no-nonsense dash and centre console. Seating positions are good, with excellent visibility. The seats themselves feel firm but comfortable, like something a chiropractor might recommend.

In the back, legroom is decent, and the boot area measures 355 litres; with 1,125 litres of space available if you pop the back seats down.

You won’t need to fill up that often, but, when you do, you can expect just under 60mpg if driving sans caravan. That gives you 528 miles on a tank. Realistically, you’ll knock 30% off that when towing.

This Polo is a little gem, an accomplished performer whatever you ask it to do. Towing with it was a revelation. There’s plenty of pulling power, a sense of being very ‘connected’ to the Tarmac, and it’s fun, light and smooth to drive.

It looks über chic, too, and the cabin’s a very pleasant place to spend a few hours. It may be difficult not to feel a bit smug on site, as you slot it onto your pitch, knowing that you’re helping to save the planet… and a bundle of cash on running costs. Plus, its residual values will be excellent.

This motor was voted What Car? Small Car of the Year 2019, and it’s easy to see why. It feels streets ahead of the opposition.