Towcar of the Month: Volvo XC40 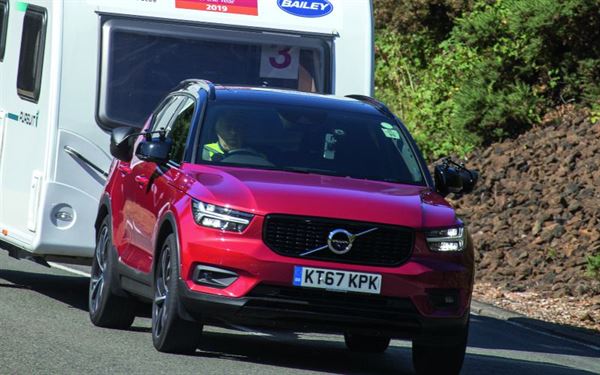 Volvo’s on a roll. Its bank account is overflowing with Chinese money, and the safe Swede has become the suave Swede after complete redesigns across all its ranges.

We say ‘Swede’, yet the XC40 is about as Scandinavian as Belgian truffles or Chinese noodles.

When it comes to SUVs, its XC40, XC60 and XC90 ranges should be on everyone’s towcar shortlist, with the size of your family/tourer being the deciding factor on which one you go for. All are very desirable.

In fact, Volvo entered two XC40s into the Caravan & Motorhome Club Towcar Awards last year – the D4 diesel and the T5 petrol – and they perfectly illustrate the difference between petrol and diesel engines for towing. 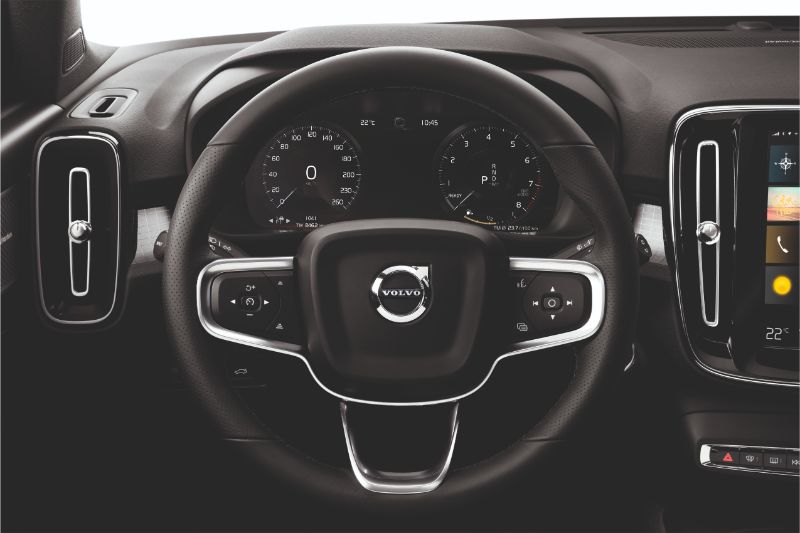 T5 has long represented Volvo’s high-performance motors: big bhp, big emissions, big thirst, and in the XC40 range it’s no different. Both engines are 1969cc, but while the T5 conjures 244bhp at 5500rpm, and the D4 a more modest 188bhp at 4,000rpm, it’s the canny diesel that wins the ‘torque war’ – and we all know that torque pulling power is what you want for safe and progressive towing.

The D4 delivers 295lb/ft of the stuff at up to 2,500rpm, while the T5 gives its best pulling performance (258lb/ft) at up to 4,800rpm. In simple terms, the petrol version has less pulling power and you have to rev much higher to achieve it.

Following the emissions scandal, diesel engines seem to have got their act together, and the D4 also boasts a lower CO2 output (135g/km compared to 168g/km) than the T5, cheaper insurance banding, a 50kg higher kerbweight (to tow bigger ‘vans) and a £500 cheaper list price.

The T5’s still a pretty good towcar though, pushing its sibling all the way for its win the 1,350kg-1,500kg caravan-weight towing category!

Where other SUV designs seem to merge into one another, the Swede will always stand out in a crowd. It still looks substantial, yet the Volvo boxiness has gone.

On the road, the XC40 feels super stable at all speeds with a decent-sized Bailey Pegasus 550-4 in tow. Traction from the four-wheel drive system is excellent. On the extreme hill-start, the handbrake held securely, the tyres gripped perfectly, the engine and transmission delivered, and it pulled away with absolutely no fuss. A doddle.

In short, the XC40 always feels in total control of any situation and this boosts driver confidence.

Acceleration from 40-60mph (overtaking a tractor?) is good, taking 6.8 seconds. This engine/gearbox combo is well-matched, too, with imperceptible and intuitive up and down changes making the tow very easy. Handing is good on the extreme bends and cambers, so there’s no need to get your knickers in a twist, even if you slightly overcook a tightening exit-ramp bend. 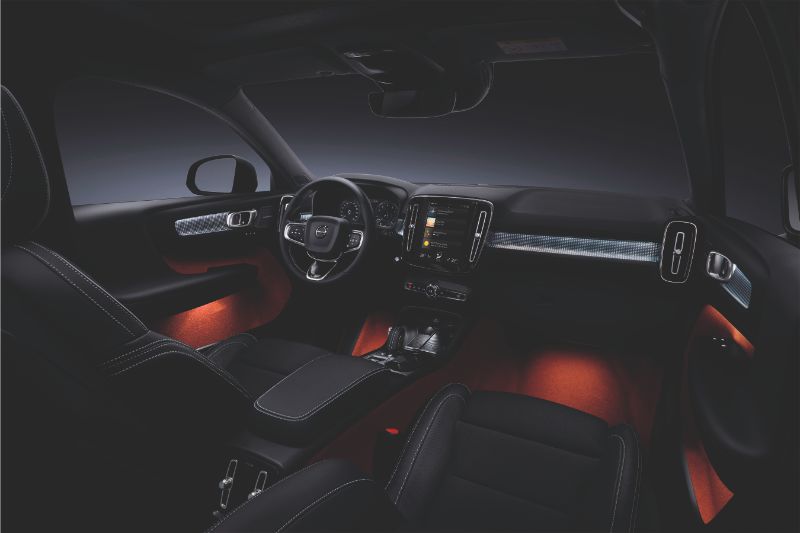 Just like its big brothers, sitting inside the XC40 is a comfy and calming place to be. Volvo’s clever designers have developed a unique interior style, which matches a certain Ikea-esque minimalism with a luxury feel. It puts some more extravagant brands in the shade, while others seem to be copying.

Meanwhile, in a rare case of form matching function, the driver ergonomics are excellent, too.

One area that is a little compromised is the view. Very large D-pillars obscure the rear view too much, while some will find the windscreen a little small. It’s not a deal-breaker, but it’s worth noting.

The XC40 (in both forms) is light and easy to drive. It looks cool, too, matching a certain machismo with contemporary good looks.

Ultimately, it provides effortless towing, even on Millbrook’s extreme circuits, the eight-speed autobox is among the best on test, including the premium(est) brands.

Volvo’s XC SUV ranges have catapulted it from Ford and VW territory into Jaguar and Merc orbit, with distinctive styling cues that now lead the way. It’s not a Škoda-level reinvention, yet, but give it another 20 years.