Towcar of the Month: People Movers 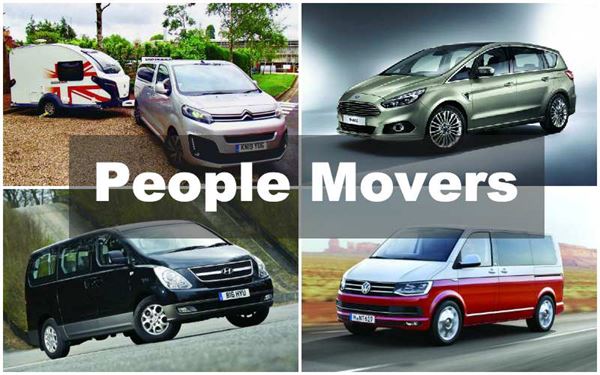 Got a sizeable brood, or like to tour with the extended family? Caravan investigates four great seven and eight-seater towcars

At almost five metres long, this vehicle delivers practicality and versatility by the bucket load!

The interior space is vast, and its clever seating means you can arrange the interior to carry eight full-sized humans and some luggage, or an oversized Victorian wardrobe and enough people to lift it. I’ve slept in smaller bedrooms!

Citroën quotes kerbweights from just 1,660kg, which seems astonishingly low, and will limit you to lighter caravan ranges. 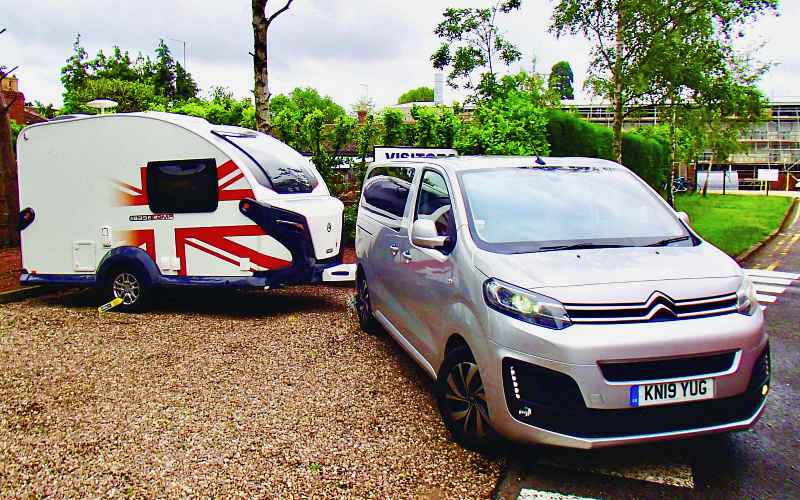 The SpaceTourer’s definitely a ‘grower’. At first, the cheap dash plastics offended, but I soon overlooked that as the side doors slid open electronically and I had seven happy passengers all travelling in comfort. Performance in our 180bhp diesel version was impressive, with great

pull away and in-gear acceleration through the auto ’box. That’s more than enough oomph to pull a mid-sized caravan.

The boxy body sits on the same platform as the Citroën C4 Picasso. For me, the handling has been degraded. Push on, and it was tricky to direct the Citroën really accurately, though this won’t affect the average towcar driver. Its ride quality was decent enough, though, and body-roll not too bad for a big beast.

The SpaceTourer isn’t cheap, but its £33k to £42k price tag will plummet in the used car

market, making this a two-year-old bargain for those seeking true practicality, combined with pretty-decent driving manners. The only drawback will be fitting all those kids into a caravan that will pull it! (Ed: you could try the six-berth 2017 Xplore 586 at 1,350 kg!). Anyway, I’m a fan. 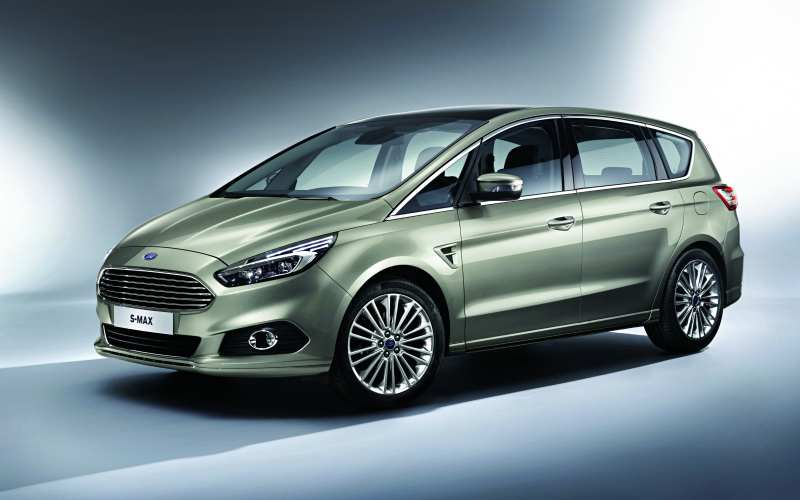 This stylish seven-seater has always ‘tickled my fancy’, as it blends handsome and purposeful looks with excellent performance and lots of space.

Choose from two EcoBoost petrol engines or four TDCi diesel lumps to power your S-Max – all provide ample torque and power for efficient and safe towing, providing you choose a ’van to match, and keep your revs up in the powerband (that’s 2,000rpm or above).

A substantial kerbweight of 1,838kg also means it’ll pull a ’van big enough to house all

Ford has placed ride and handling high on its wish list for decades now, and this accomplished people-mover won’t disappoint in either department. Steering is pleasingly sharp and the driving’s easy. I’d recommend the eight-speed auto ’box for towing, though the smooth and accurate six-speed manual is superb, too.

The passengers in the third row won’t appreciate those in front sliding their seats back, as legroom becomes limited, so this car suits young families rather than basketball teams, but, all in all, it’s a great performer. 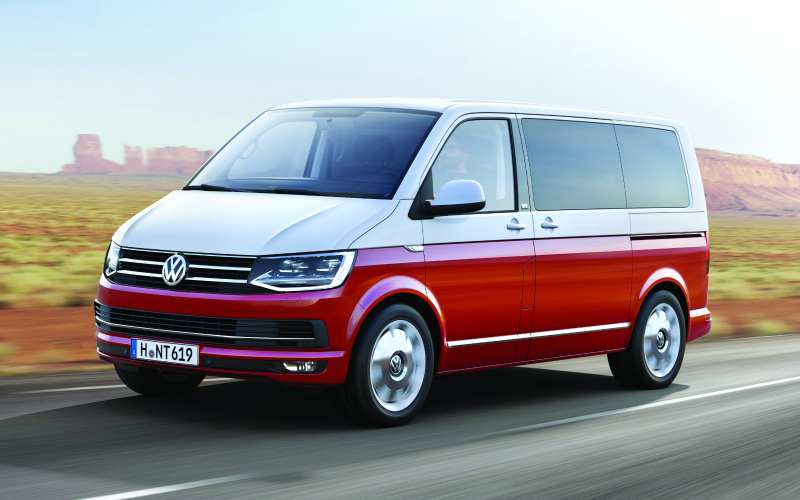 The scores speak for themselves. The latest version of this iconic vehicle has retained its quality and character to maintain a position at the top of the people-carrying pile!

In typical German style, it offers an understated luxury. There’s no ‘flash’; everything just works… simply and efficiently.

Kerbweight varies, depending on what spec you prefer, but even the lightest model will pull almost every caravan on the UK market. Combine with excellent road manners, and you have a superb towcar and an everyday runaround all in one! It is a vehicle that’s as happy on an urban school run, as a 1,000-mile tow to the south of France.

Power, ride and handling are all good, though we’d opt for the 150bhp model to ensure we had enough ‘go’ when we need it.

A sensational all-rounder, that will hold its value better than any other car here. 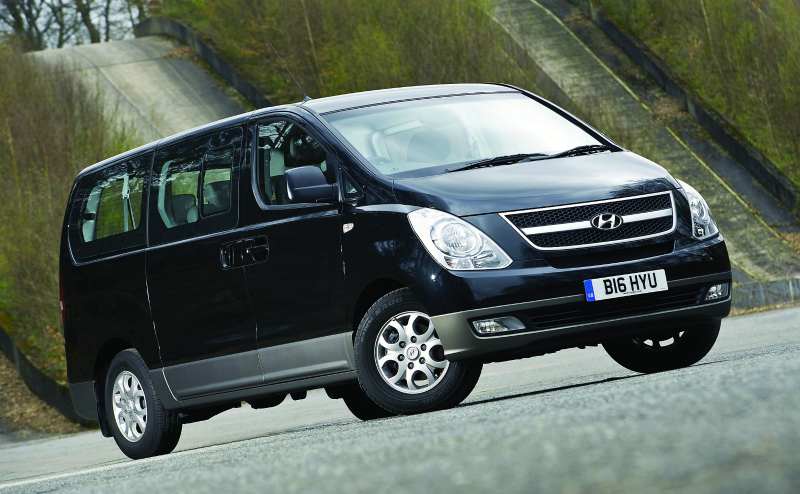 It’s made in Korea, so the purists may scoff, but Hyundai’s i800 does everything you’d expect of it, rather well.

For starters, it’s huge, with loads of space for eight, and all their luggage. Lovers of BIG caravans will appreciate its 2,185 kg kerbweight… you could pull an Airstream with that (albeit the titchy one!).

It costs half as much as the Merc equivalent that does the same job… and it has a five-year warranty, so you can keep it for three years and sell it with two years peace of mind remaining.

Our Oriental cousins have got the hang of car design in recent years, too, making the i800 one of the better-looking people-carriers out there, despite using plastics that are more Mattel than Mercedes.

Altogether a practical buy for the financially-astute caravanner who’s not prepared to pay for status symbols.