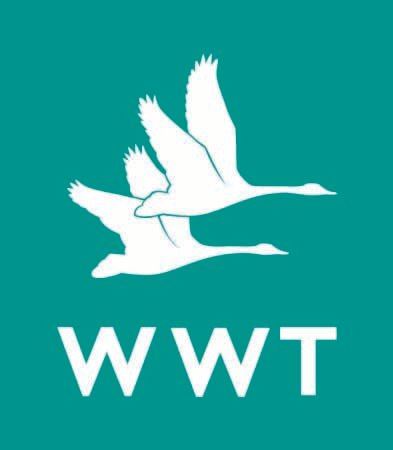 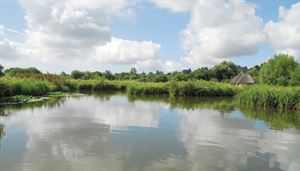 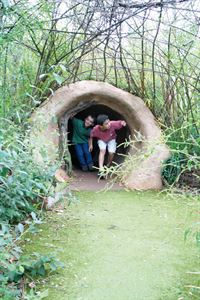 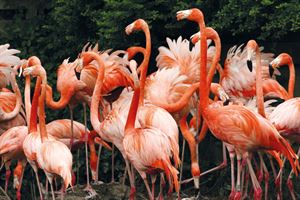 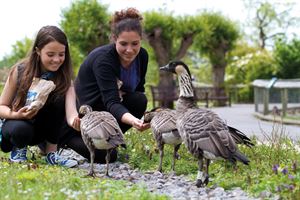 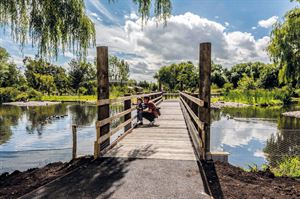 The late Sir Peter Scott (son of Antarctic explorer, Captain Scott) founded the Wildfowl & Wetlands Trust (WWT) in the UK in 1946. He pioneered the idea that taking action to save wetlands and their wildlife involves both inspiring people to care about wetlands and undertaking direct conservation. And so, he created this National Treasurer.

At each of the nine centres across the UK are extensive wetland landscapes, allowing you to easily and safely get up close to some of the UK’s most important wildlife species, including endangered birds, mammals, reptiles and amphibians. What’s more, every penny spent at the centres supports vital conservation work.

Located near Ormskirk in Lancashire, and opened in 1975, WWT Martin Mere is host to many thousands of wild ducks, geese and swans in winter – particularly pink-footed geese, widgeon and whooper swans.

This Lancashire superstar has loads of new attractions: fabulous otters, an award-winning duckling nursery, a canoe safari, and an adventure playground. Plus, ‘weird and wonderful’ birds, a Wild Walk, an all-star cast of flamingos, pond-dipping discovery zone, and a 170-seat café.

Stretching over 97 hectares on the Burry Inlet, WWT Llanelli, the National Wetland Centre for Wales, is a magnificent mosaic of lakes, pools and lagoons, and home to wild species as diverse as dragonflies and little egrets.
Thrills include Caribbean flamingos, spectacular ducks, geese and swans, pond-dipping delights, maze marvels, and Water Vole City for young explorers. Summer brings bicycle adventures and a canoe safari sensation. There’s a thrill-ride of a day ahead of you at Llanelli and a chance to see the rarest goose in the world.

Opened in 1975 on the banks of the River Wear, and within easy reach of Newcastle upon Tyne and Sunderland, WWT Washington is set among a varied landscape of wetlands, woodlands and meadows.
Animals to encounter here include cheeky otters, leggy Eurasian cranes, and exotic Chilean flamingos – and that’s just for starters. Explore the Playscape play area, dive into the duckling nursery, and wander through wildflower meadows and the Saline Lagoon – one of the UK’s rarest and most unique habitats.

Goodbye London, hello 45 hectares of open-air brilliance. Leave the hustle and bustle of the city behind and marvel at exotic birds, playful otters, meadows buzzing with wildlife, and summer skies swirling with sand martins. The centre is also host to bitterns, kingfishers and water voles.
In 2009, Sir Peter Scott’s centenary was marked with the opening of a bat house at the centre. Kids will love the playgrounds and digital pond zone. This is a true urban oasis, all just five minutes from Hammersmith by bus.

A spectacular 1400-acre reserve on the north Solway coast, opened in 1970. The Solway is renowned as the winter home of Svalbard barnacle geese, numbering up to 30,000 birds.
Caerlaverock also welcomes thousands of other wintering birds including whooper swans from Iceland. There are also breeding ospreys and skylarks, along with a meadow and river walk, and more towers, hides and observatories than anywhere else in Scotland.

The National Centre and headquarters of WWT, 100-acre Slimbridge is where Sir Peter Scott started the organisation in 1946, leading to it often being described as the birthplace of modern conservation. It is located on the shores of the Severn Estuary in Gloucestershire, and is host to about 35,000 wintering wildfowl as well as a collection of captive birds.

Here, you can expect family otter fun, Welly Boot Land laughs, flamingo fabulousness, canoe safari sensations, and slippery critters in Toad Hall. To get a bird’s-eye view of all the action, head up into the Severn View Sloane Observation Tower for a 360-degree panoramic look over the site. For an unusual view there’s a sunken observatory in Flamingo Lagoon, enabling you to get a unique look through the legs of the largest flock of flamingos in any collection in the world.

Castle Espie, transferred to WWT management in 1990, has a small collection and a reserve incorporating restored lagoons, woodland walks, grassland, salt marshes and reed beds, situated 12 miles south-east of Belfast on the shores of Strangford Lough.

Some 95% of the world’s population of light-bellied brent geese overwinter on the lough, just in front of the centre. Count on adventures in the Brent play barn, perfect peace in the sensory garden, fluffy encounters in the duckery, and a secret swamp.

Opened in 1976, WWT Arundel is a 26-hectare site at the base of the South Downs, close to Arundel Castle. It has a thriving population of water voles, and visiting and resident British species include bats, bee orchids, cuckoos, dragonflies, grass snakes, pochard diving ducks, swans and three species of woodpecker. Rare ducks and geese from around the world can be found here.
You can also enjoy a brilliant boat safari, meadows buzzing with wildlife and hand-feed geese, plus stunning views from the café while children go pond dipping or explore the play areas – all within the natural beauty of the South Downs National Park.

Opened in 1970, Welney is one of two centres without a captive collection (the other being Caerlaverock). Situated on the Ouse Washes, WWT Welney is famous for the thousands of Bewick’s and whooper swans that overwinter there every year.
For curious explorers, more than 1000 acres of natural fen beauty await, with flocks of ducks, geese and wading birds, Lady Fen’s bats, barn owls and hares, dragonfly ponds, a summer wildflower walk in the washes, and a variety of hides.