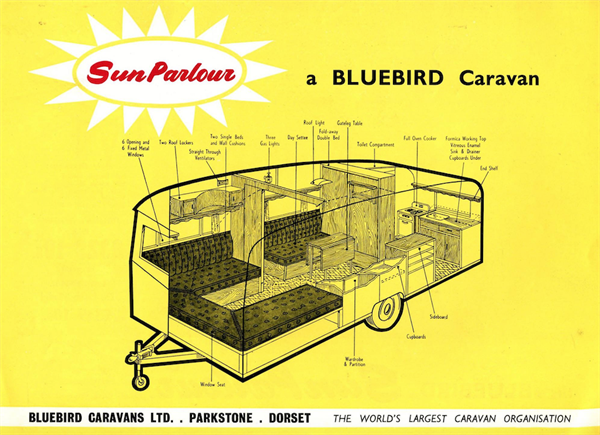 As Britain emerged from the ashes of World War Two, there was an air of optimism as the gloomy war years gave way to the colourful 1950s.

As rationing slowly came to an end, wages were improving and suddenly people found themselves with more time for holidays.

The caravan industry picked itself up quite quickly after the War, and with a whole roster of new cars available on the market, caravan ownership was within the reaches of more people than ever before. Take a look back at some of the most popular caravans of a bygone era… 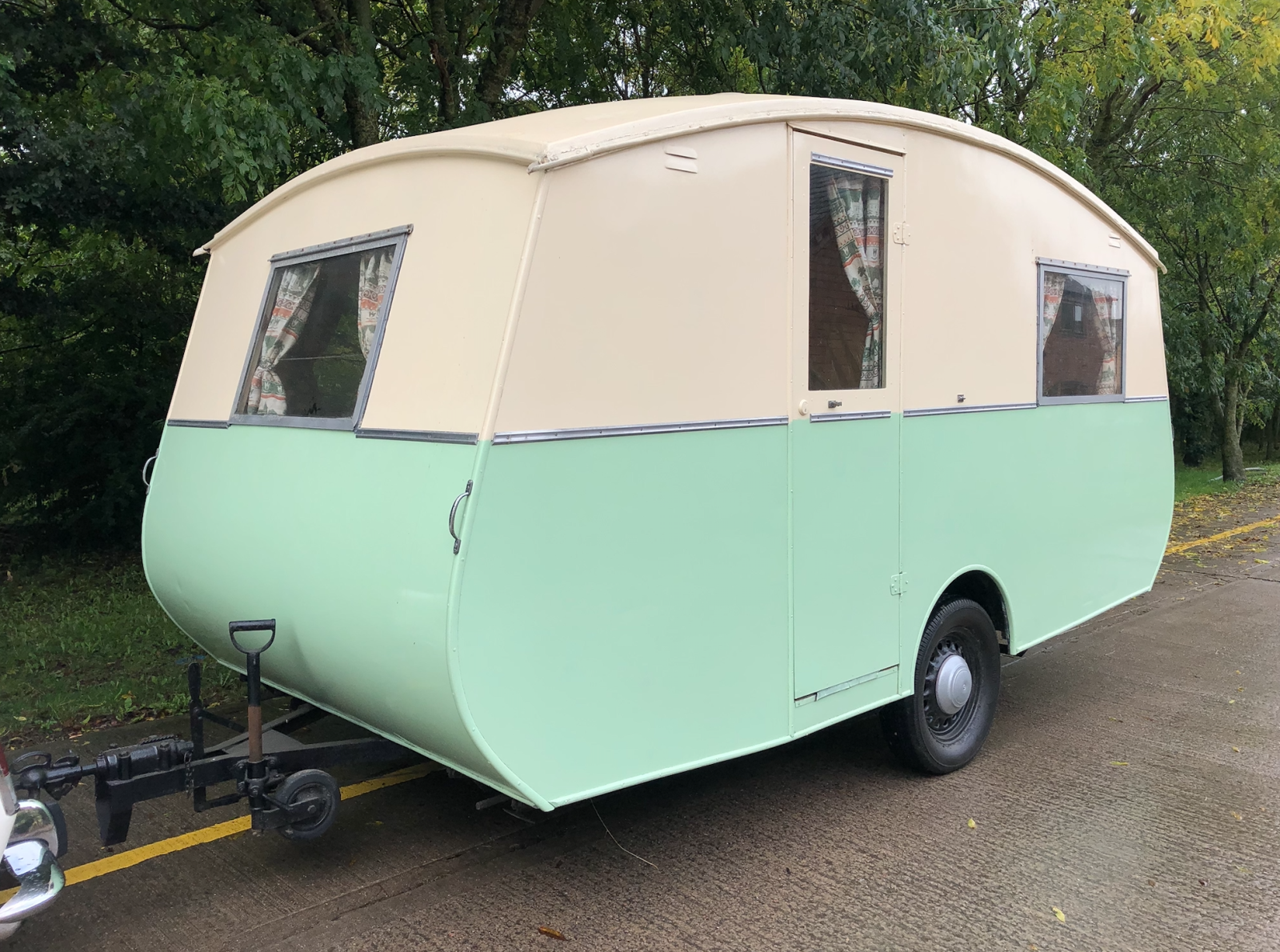 Eccles Alert (1948 – 1955)
The first popular mass produced caravan of the 1950s was the Eccles Alert. As Eccles had not only been a thriving business before the War, but it had also helped the war effort with the manufacture of specialist vehicles for both the army and the home front, its access to rationed materials was hastily granted by the government.

Other manufacturers were not so lucky. This meant that Eccles had the popular caravan market to itselves for a short while. The Alert ran from 1948 to 1955 and models were sent all over the world. It was 14ft long and slept four via a standard double bed at the front and two single beds at the rear. 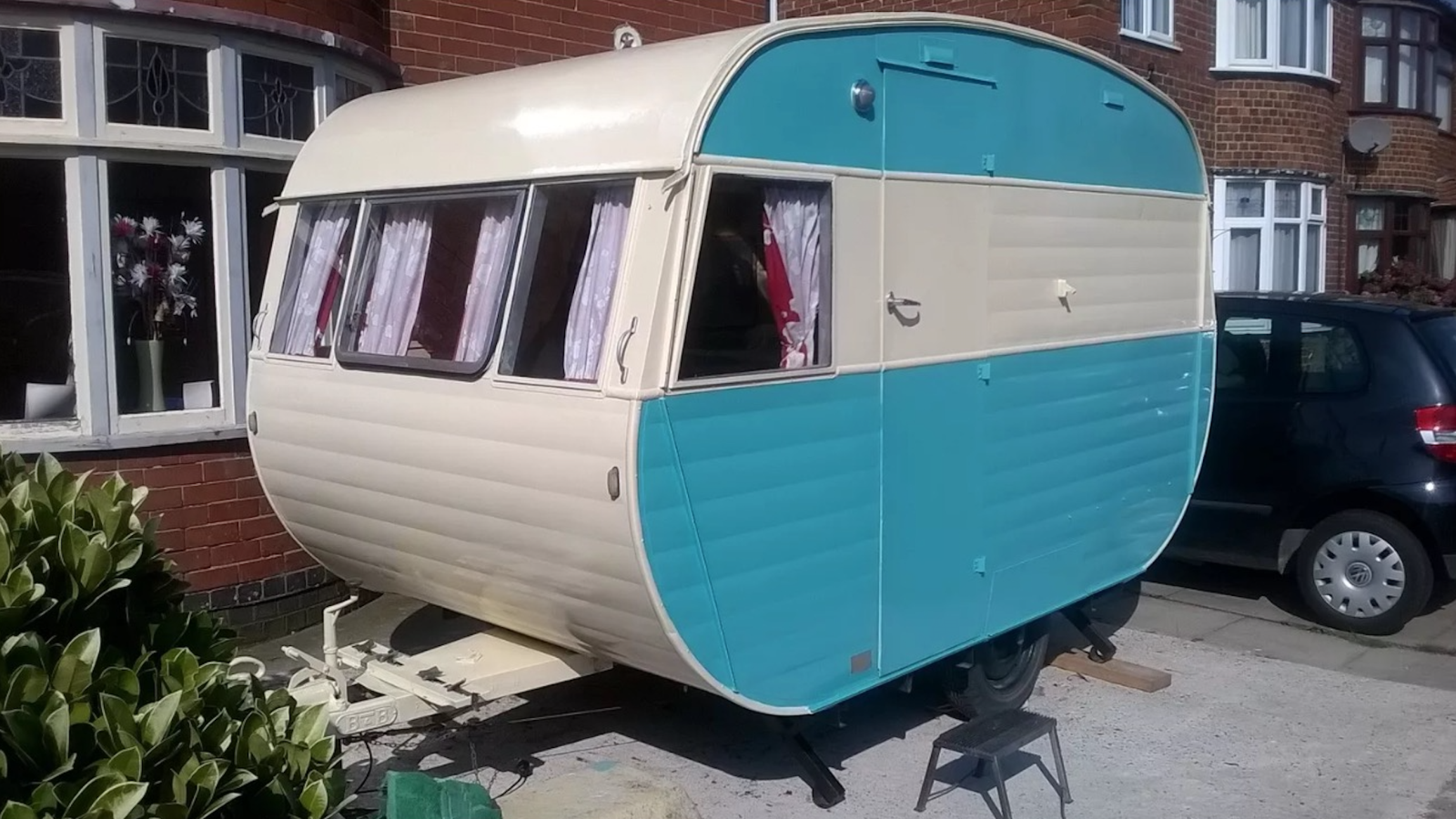 Berkeley Argosy (1954 – 1958)
With many women taking up the slack at factories on the home front, while the men were called up to join the Army, some factories kept female workers on after the War. Berkeley were one such company, and by the early 1950s, drafted up plans to build a small touring caravan from the remnants left over from producing its larger static caravans.

The Argosy was born, and it was built by an all-female workforce - something that remains unique to this day! 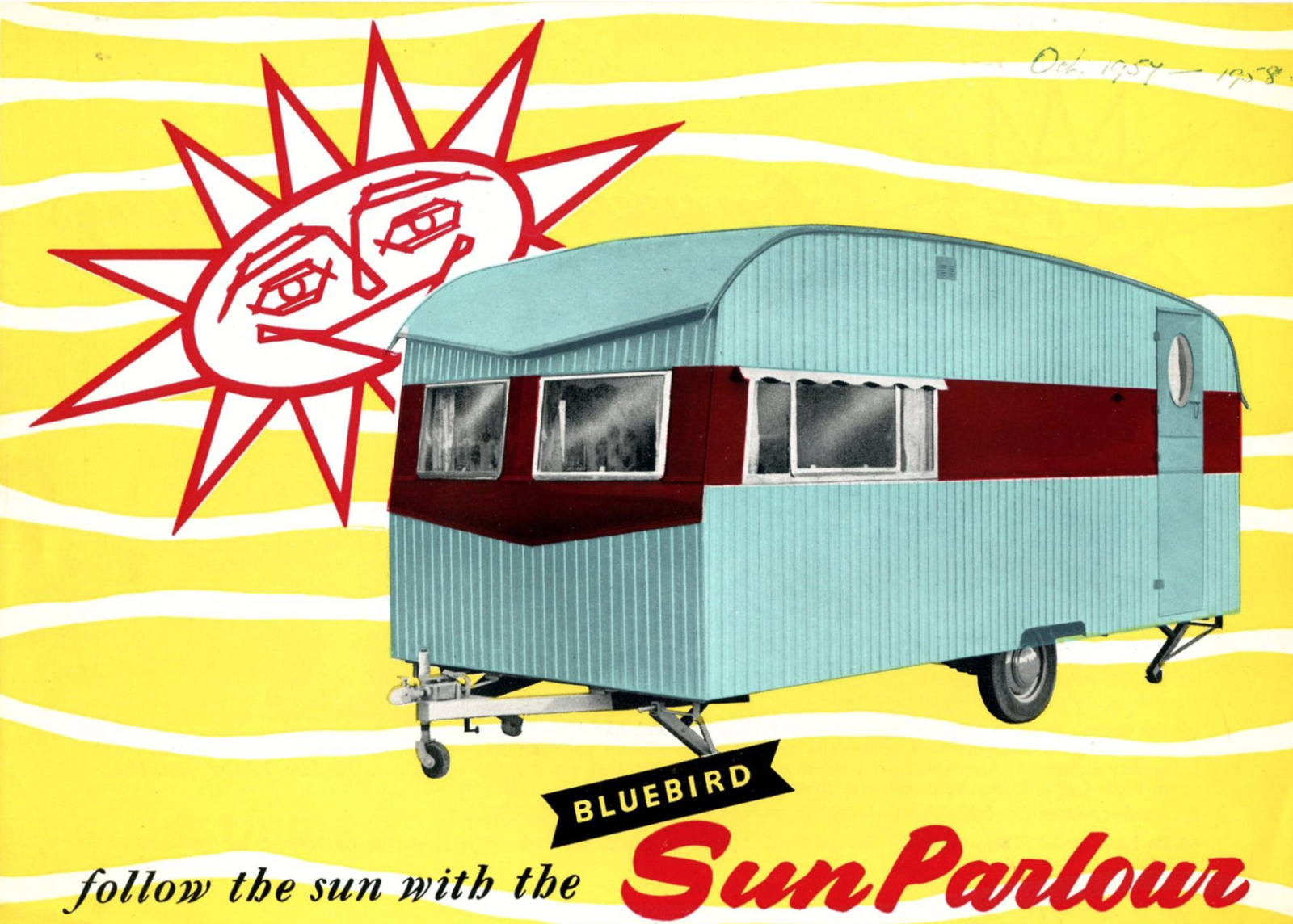 Bluebird Sunparlour (1957 – 1961)
Bluebird were the largest caravan manufacturer in Britain in the 1950s. It mainly produced static caravans at their factory in Poole, Dorset. By the mid-1950s, it had begun to produce a handful of tourers and semi-static models. Although the Sunparlour is small by today’s standards, at 16ft long and nearly 7ft wide, it was considered quite a beast to tow back in the day.

Most Sunparlour models ended up permanently sited on campsites, more often than not serving as rental caravans. Moving the Sunparlour to a campsite was much cheaper than a conventional static model. 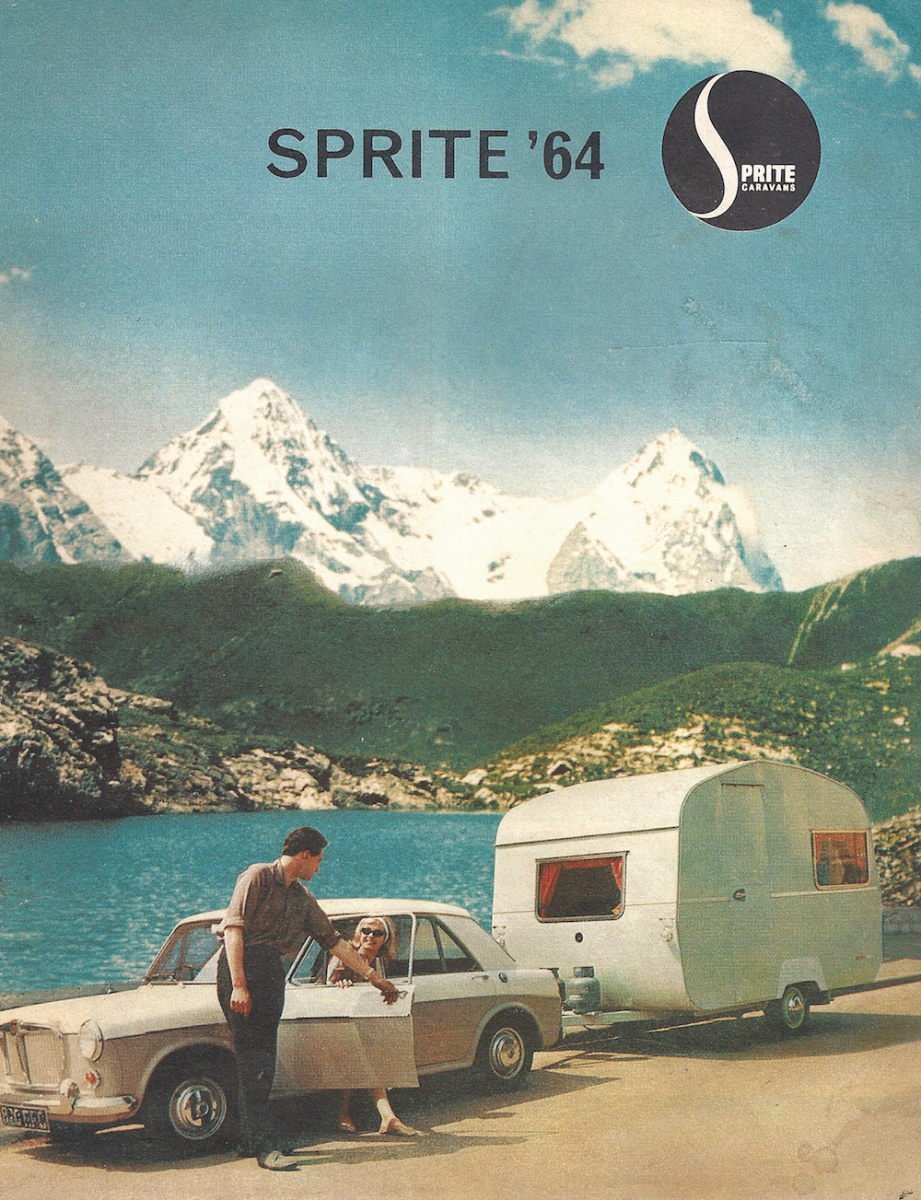 Over five million of them would be produced by the time that production ended in 2000. The first caravan built and marketed as being a suitable pairing for the new Mini was the Sprite 400. It got its name as the unladen weight of the caravan was 400kgs in its Mk1 spec.

This included Perspex windows instead of glass, and foam upholstery instead of the traditional sprung upholstery.

A Mk2 model was offered with glass windows and sprung upholstery, but it weighed 430kgs. The Mk2 specification eventually won out and the ‘lightweight’ Mk1 specification was dropped after 1962. The Sprite 400 would go on to be one of the best-selling caravans of the 1960s. 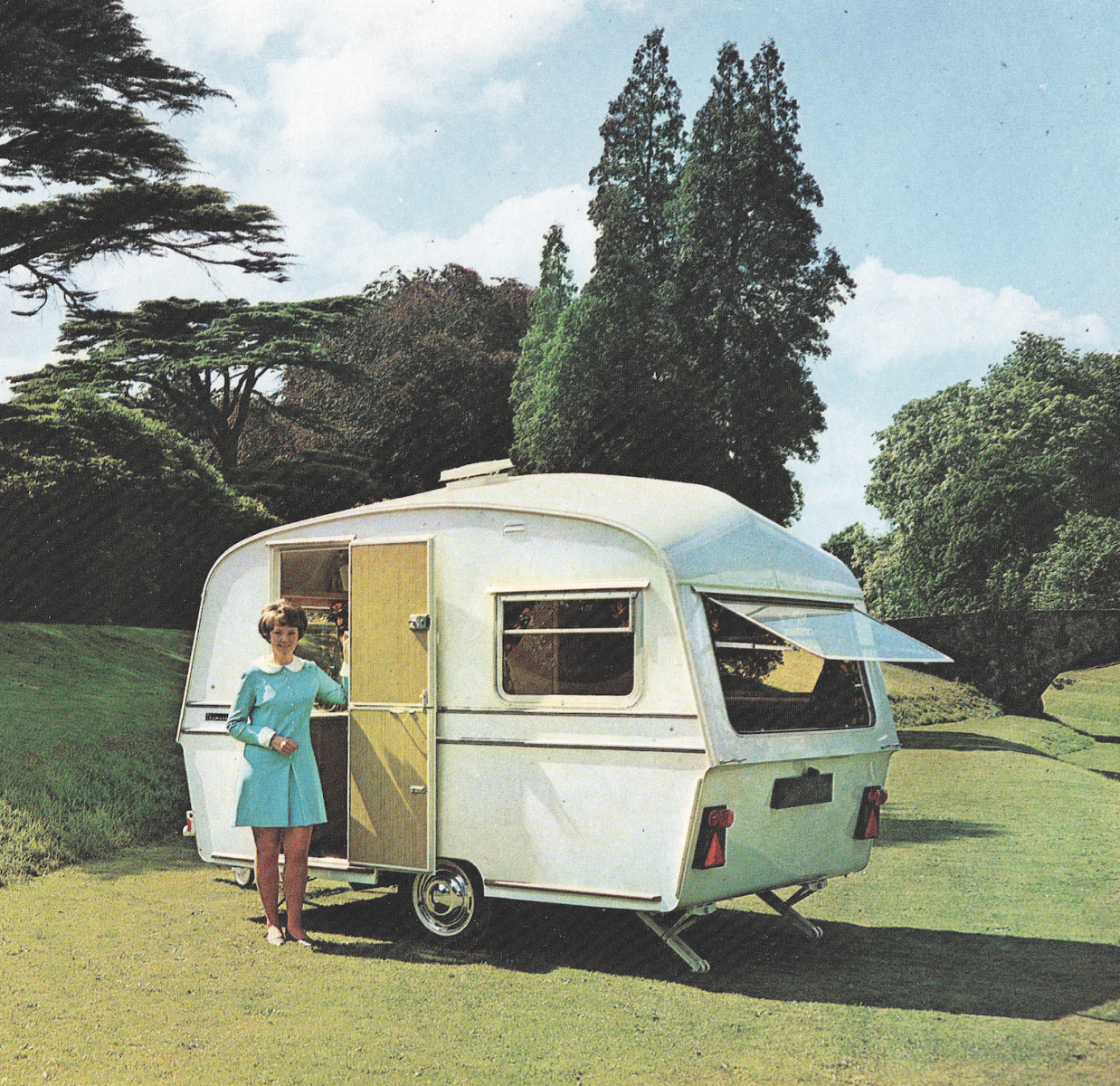 Thomson Glen (1961 – 1980)
Other manufacturers were quick to bring out small touring models for the new breed of small cars that were flooding the market in the early 1960s.

Scottish manufacturer Thomson were popular for offering a good quality caravan that was very low in weight.

The Glen was available as either a two berth or four berth. Their boat-shaped roof and curved end panels were very typical of this period, though seem very old-fashioned today.

Thomson appealed to the masses with contemporary soft-furnishings which were updated pretty much every year. In the 1960s, generally speaking, caravans all offered a similar amount of fitted equipment as standard, and what justified the cost difference was better build quality. 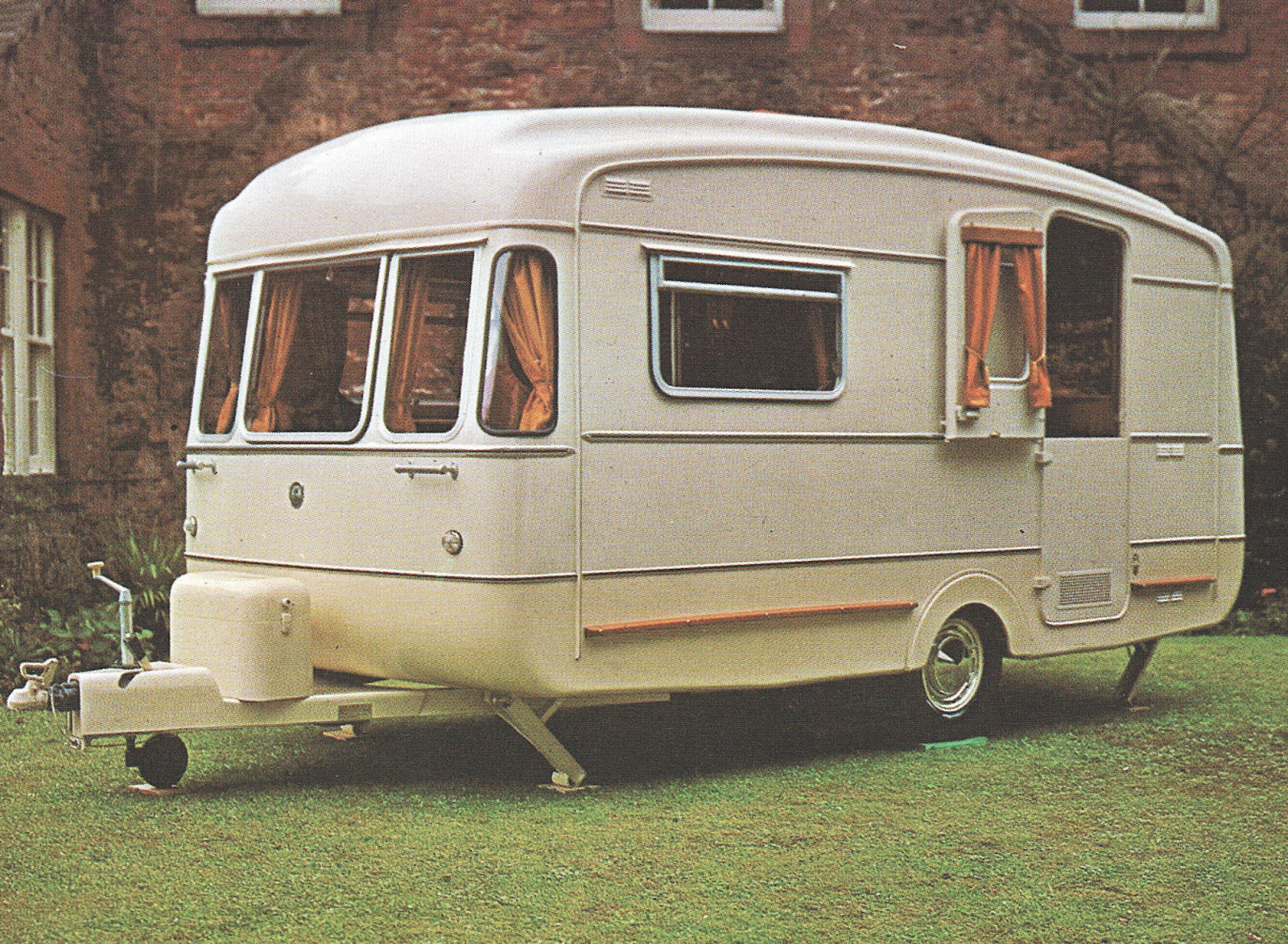 It had a fibreglass moulded roof, front and rear panel and lower quarter panel. The result was great strength and a very pleasing appearance. Vikings offered a good specification, even fitting 12v fluorescent lights as standard, which could run from an extension wire from the car battery. The general caravanning public had become interested in such luxuries like a fitted gas fridge, gas heater and 12v as caravanning became a more luxurious way of holidaying. 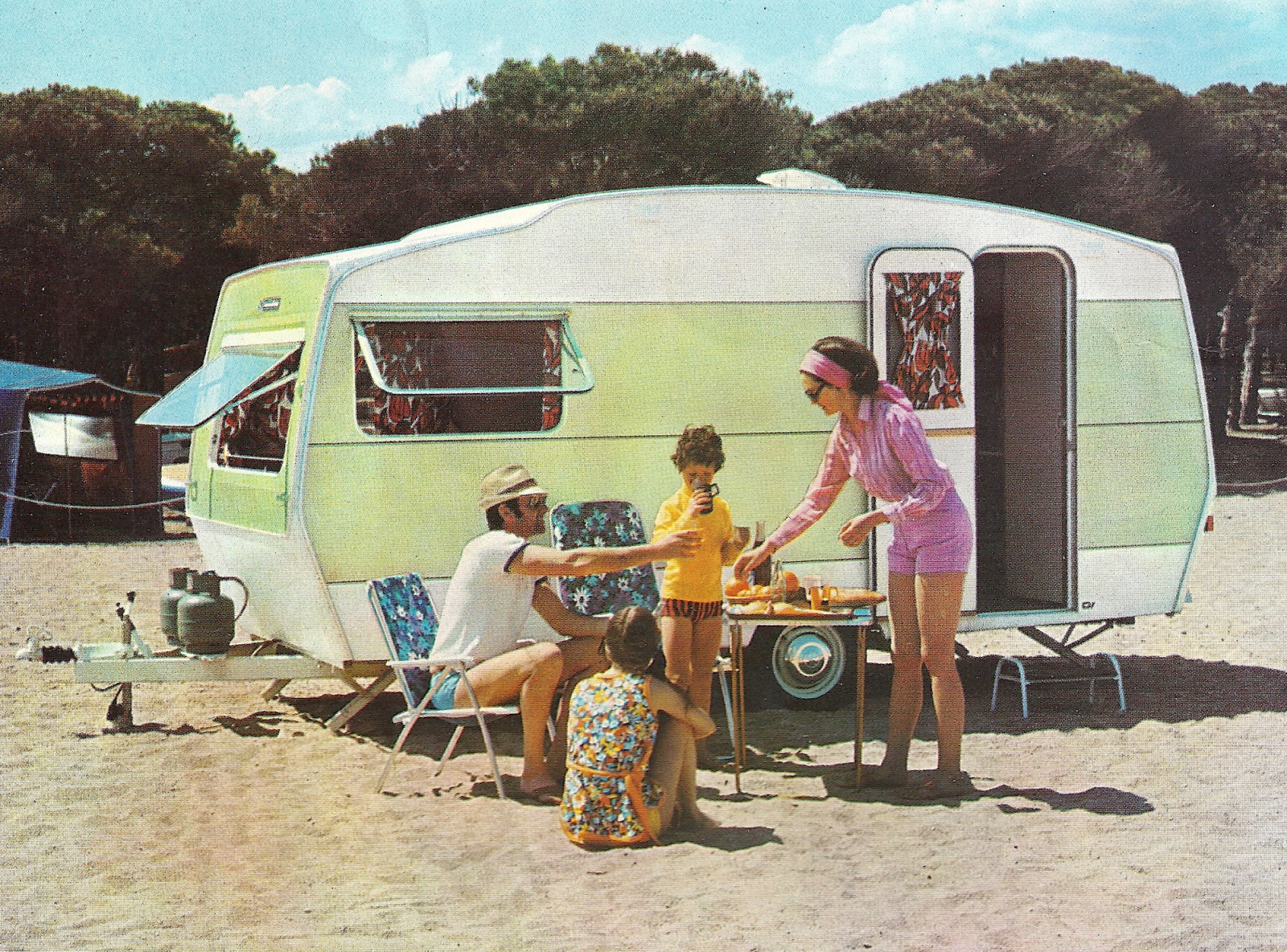 Sprite Musketeer (1958 – 1980)
The Sprite Musketeer was established as Britain’s best-selling caravan by 1965. The 14ft four/five berth was unrivalled as an all-round compromise of size, weight, layout, style and price. Sprite had sold over 15,000 Musketeers by 1970! For 1970, they utilised Formica for the internal furniture, which was more durable than wood and it was maintenance free.

The models of the early 1970s had garish floral curtains and bright orange upholstery. 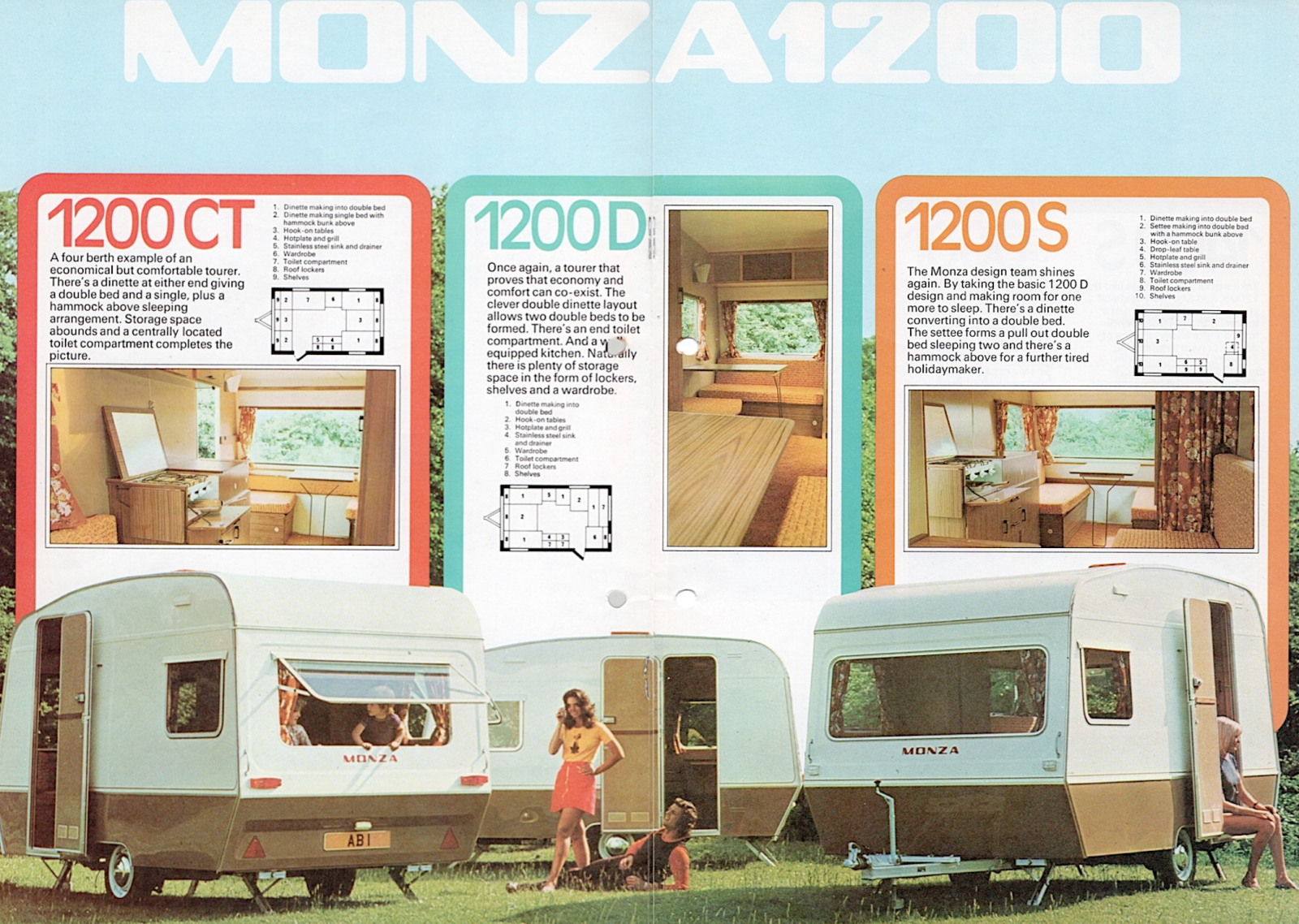 ABI Monza 1200 (1973 – 1981)
ABI were formed from Ace Caravans, which produced a great-selling range of tourers in the 1960s, and Belmont, who were a popular static caravan manufacturer, to become Ace Belmont International in 1972. The Monza was the first new project after the merger, a caravan aimed at the budget conscious.

The Monza came with a gas lamp, water foot pump and two-burner hob as standard. It was common to have multiple models with the same body length, but different layouts. As a result, the Monza was available as a 1200S, 1200D or 1200CT. 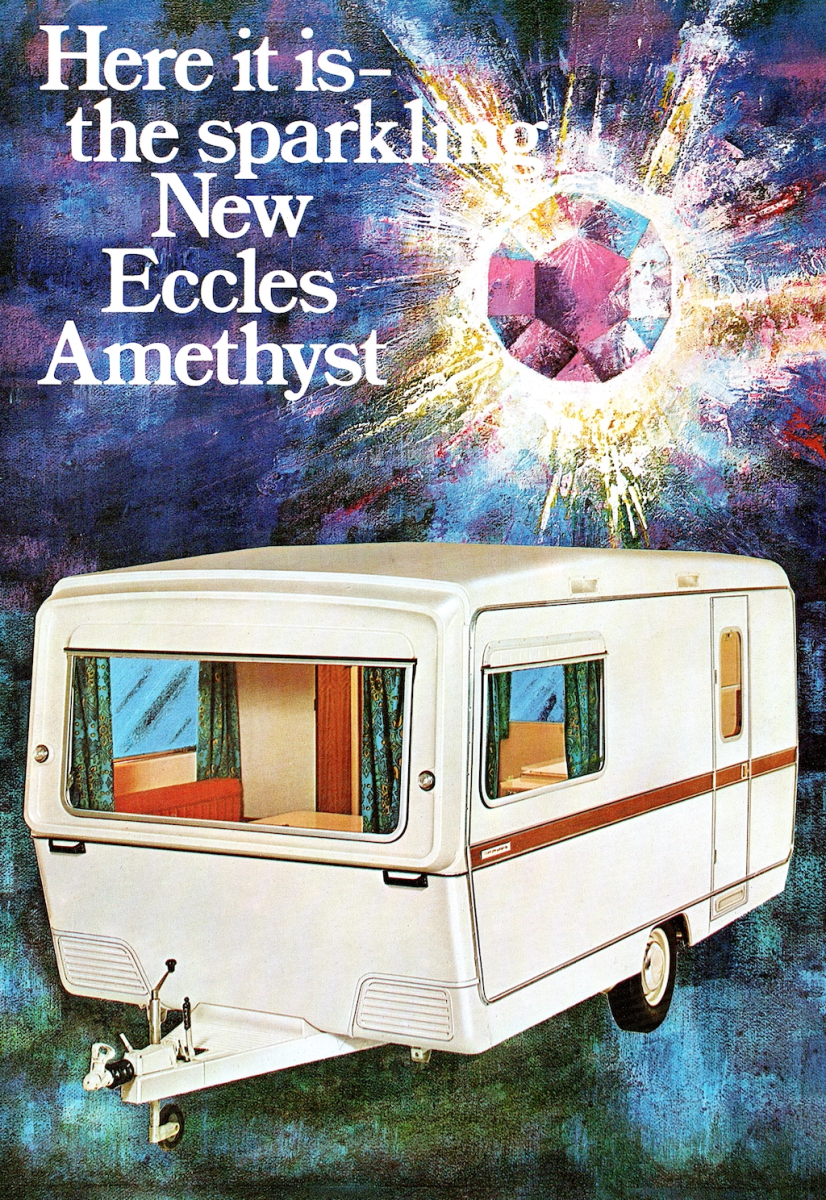 Eccles (1976 – 1982)
After Eccles became the test-bed for Caravan International’s design experiments in the late 1960s and early 1970s, the public didn’t react favourably to these radical caravan designs. This was despite the Eccles of 1969-1974 being drawn up by Tom Karen of Ogle Design, who was responsible for 1970s icons such as the Bond Bug, Reliant Scimitar and Raleigh Chopper bike. Following the UK’s first customer feedback campaign in the mid-1970s, the Eccles range emerged in 1976 with a radically toned-down appearance.

Caravans International director and founder of Sprite, Sam Alper, confessed that the caravanning public weren’t as progressive in general as he gave them credit for.

Its research found that caravanners in the 1970s based their ideal caravan on the styles, shapes and colours of caravans of the 1930s, with lots of wood and earthly colours used throughout. They also wanted more luxuries as part of the standard specification. With these changes made, the result was the best-selling Eccles range ever!

As the late 1970s progressed, more and more caravans began to make use of new acrylic formed double glazed windows, which the Eccles range soon adopted. The fitting of glass windows to new caravans was outlawed in 1982.

Entering the 1980s
The recession of 1980-1982 saw most established caravan manufacturers go out of business. Very few managed to weather the storm. The late 1970s was definitely an end of an era as a whole new generation of caravans emerged in the early 1980s, paving the way for the caravans that we see today. The 1950s – 1970s represented a time when caravans were colourful, shapely and each enjoyed a unique identity. As commercial flights became cheaper as the 1970s progressed and the temptation of a package holiday lured many caravanners away from their home on wheels, caravanning was never quite as popular again as it was during that golden era.