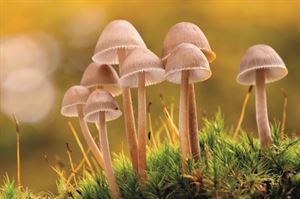 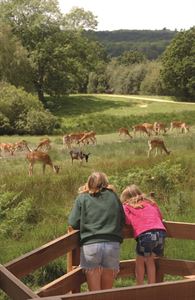 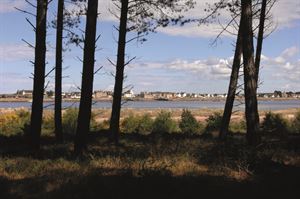 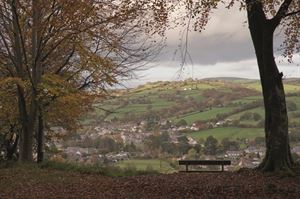 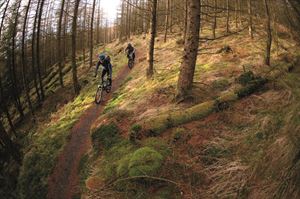 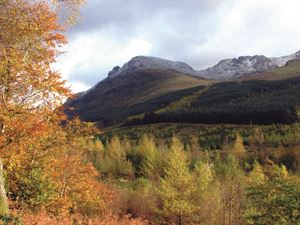 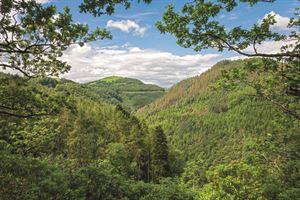 Sustainably managed woods and forests can have great benefits to people’s health and wellbeing, and to the economy.

This is why Forestry Commission England, a true National Treasurer, invests in managing our forests and woodlands so that people can get the most out of their visit, while making sure that trees and wildlife continue to thrive.

They work with many partners to increase investment in our sites so that we can provide trails, facilities and conservation management to the highest standards.

On this page, we've included the English and Scottish Forestry Commissions and Natural Resources Wales.

Ceredigion is, arguably, every bit as beautiful as Pembrokeshire, which is next door, just without the fame that comes with having a National Park.

On the west is the Irish Sea and Cardigan Bay is an astonishingly good place to go for whale watching, or to enjoy a good beach, while on the east are the spectacular Cambrian mountains.

Between them is one of the loveliest natural places in Wales, the huge Ystwyth Forest, which is cut through by magnificent river valleys. Most visitors head for Bwlch Nant yr Arian.

The views down the valley are amazing and there’s a visitor centre where you can observe red kites feeding.

The waterfall near Devil’s Bridge is truly spectacular. Or head for the Hafod forest and explore an 18th century estate cut through with dramatic footpaths. Our favourite is Gentleman’s Walk, which takes you past waterfalls – stunning in summer, and half-frozen and magical in the depths of winter.

Come and watch the deer and other wildlife, and see the place where a king met his maker!

The New Forest is now a National Park, and it’s huge – 219 square miles covering south-west Hampshire and into Wiltshire and Dorset. The deer park at Bolderwood is a great place to come and watch wildlife. There are five species of deer here, and the New Forest also has all three British species of snake, including the rare smooth snake.

It has its own species of cicada, otters swim in the rivers and there are European polecats on the Forest’s western edge. Pine martens have also been spotted.

This forest has been protected for almost a thousand years, since William the Conqueror made it a royal hunting park in 1079. His son, William II, died in the forest – shot through the lung with an arrow while out hunting. Nobody knows whether it was a hunting accident or something more sinister – his brother Henry was in the hunting party and became the next king of England.

The deer sanctuary at Bolderwood is a great place to see fallow deer, in particular. They are fed by a New Forest keeper between the months of April and September so tend to hang around within sight of the wooden viewing platform. Perfect for pictures.

With remote lakes and mountain views, the Gwydyr Forest Park covers 28 square miles surrounding the town of Betws-y-Coed in the heart of the Snowdonia National Park.

It’s a brilliant example of how a forest needn’t be dark and shady but can have expansive views over a mountain landscape. You can explore the forest from several points off the A5 between Capel Curig and Betws-y-Coed.

Head for the slopes above Llanrwst to visit the Caerdroia Forest Labyrinth Theatre – the largest forest theatre of its kind. And make time to take tea and cake at the Ugly House, a stone cottage set in ancient woodland near Capel Curig.

It’s said to be a ‘one night house’ built according to the custom that said that if you could build a house and have smoke coming from the chimney by daybreak, it was yours to keep.

If you’re feeling energetic, it’s a steep but unforgettable walk from Betws-y-Coed’s St Mary’s church, following white waymarkers up to Llyn Elsi, a lake high above the village which is beautiful at all times of year. The trees open out so you can enjoy a broad view across the lake towards the mountain, Moel Siabod.

Joining together new woods with the old, this is all about new woods and an ambitious plan to create a 200-square-mile wooded landscape that stretches across a huge expanse of central England, from the outskirts of Leicester and stretching west, incorporating the towns of Ashby-de-la-Zouch and Burton-upon-Trent. More than eight million trees have been planted.

The Forestry Commission has 17 woods in The National Forest, many of them new. A lot of the events and walks are centred around the Rosliston Forestry Centre, where there is cycle hire, archery, climbing, nature trails, a falconry centre and even an orienteering course suitable for family groups.

Rosliston is one of the oldest sections of woodland.

The Conkers theme park, near Swadlincote, is right next to a Camping and Caravanning Club site. This attraction is environmentally friendly with an outdoor assault course for teenagers and a huge Enchanted Forest – an interactive representation of a real forest, for times when children want something other than the beautiful real thing.

Where the forest meets a broad sandy beach. Just east of the town of Nairn, and west of the village of Findhorn, a Site of Special Scientific interest covers a forest, a beach and a huge area of sand dunes in between.

Culbin Forest is owned by the Forestry Commission, while Culbin Sands is a nine-mile stretch of pure sand, with mud flats and dunes managed by the RSPB. It’s an ideal place for beachcombers looking for driftwood and shells.

The forest was once farmland, which was lost to sand dunes over the centuries and became known as Scotland’s Sahara until the Forestry Commission planted Scots Pine here, and Corsican Pine, which was more suited to the dunes.

It’s fascinating to see this constantly shifting landscape from one of the many trails that cut through the forest.

Don’t miss a trip to Brodie Castle, just south of the forest, and be sure to spend time exploring Nairn, which is a pretty seaside town on the Moray Firth, famous for its mild climate. Culloden battlefield is 12 miles away.

Discover the Lake District without the crowds. The most westerly lake in Cumbria is a quiet place to visit even during school holidays. It’s a glacial lake and is unusual in having no road running alongside it, though there are two free car parks.

The Forestry Commission owns most of the land at Ennerdale. The valley is a Site of Special Scientific interest and it’s a site for ‘rewilding’.

The Wild Ennerdale Partnership works with Natural England with a view to allowing Ennerdale to be a wild valley shaped by natural processes.

Even so, there is talk about making Ennerdale a site for the disposal of nuclear waste because of its remote location.

No conclusions have been reached as yet, so it may be a case of ‘enjoy it while you can’. The closing scenes of 28 Days Later, the 2002 post apocalyptic zombie move by Danny Boyle, were filmed in the area.

A dramatic Scottish wilderness with some of Britain’s best walking and biking, Galloway Forest Park is often overlooked by caravanners who are intent on holidaying in the Highlands, but they’re missing something special.

It’s a huge wilderness where you can walk for miles in ancient woodland and on heather-covered hills.

The park itself spreads over 300 square miles and caters for people at all kinds of fitness levels, from those who want a gentle amble, to mountain bikers, right up to ice climbers.

The Ness Glen riverside walk is only a mile long and takes you along the spectacular rock gorge of the River Doon, linking Craigengillan Estate with Loch Doon Dam.

There are spectacular views over the loch, and it’s a chance to see some impressive Scots Pines. Loch Doon, at eight miles long, is the largest inland loch in the south of Scotland.

The forest has a red deer hide near its Kirroughtree Visitor Centre, allowing visitors to get up close to Britain’s largest land mammal.

Kirroughtree is also an excellent setting off point for the Forest Park’s many mountain bike trails – it’s one of the 7stanes (sic), which are world famous cycling sites spread across southern Scotland, each marked with a stane, or stone.

Kirroughtree is a great place to enter Scotland’s first Dark Sky Park, and a brilliant place to see the stars – the Scottish Dark Sky Observatory opened near Dalmellington in 2012.