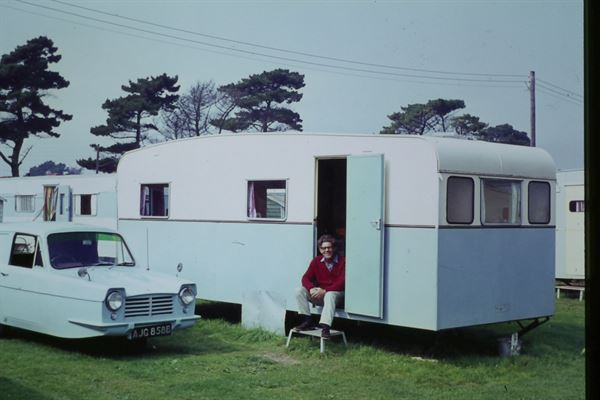 After WWII, holiday parks became more popular than ever with British caravanners looking for a little light relief – and fun – after decades of hardship, as Caravan editor Clare Kelly discovers...

If you watched an episode of Hi-de-Hi back in the 1980s, you’ll have a pretty good idea of what people thought holiday camps were like and in fact, the activities at many of them would likely be deemed inappropriate for today’s caravanners.

Carol Kimber*, who visited Caister-on-Sea (now owned by Haven) in the 1960s with her friend Pamela (pictured, below), remembers: “There were knobbly knee contests for men and beauty competitions for girls. And glamorous granny events too. We all had a great time and ate together in large communal dining rooms at the same time every day.”

Head to British Pathe and search their online archive for holiday camps and you’ll be amazed at what passed for fun in days gone by. There’s some rather niche entertainment too – Chopsticks Dancing at Butlins in the 60s, a spaghetti eating race, a racy game of twister and most bizarrely of all – the Beautiful Eyes competition which took place in 1958.

“Some of the girls here are pretty enough to win most ordinary beauty contests but the new idea is really to give a chance to the girl who isn’t necessarily the pin-up type but yet has lovely eyes!,” remarks the narrator.

But it wasn’t always this way and Caister’s early days were more sombre than most. Having opened this camp in 1906, John Fletcher Dodd wasn’t exactly about letting your hair down and I don’t think he was that good at Twister either. And forget relaxing with a large glass of wine on the pitch because that was banned. As were children under the age of two. You might not think it but it was the first holiday camp in England.

In fact, it wasn’t really fun at all, it was more of a meeting place for fellow serious sober socialists who, rather ironically, didn’t really socialise at all…

Not that Carol had that problem when she visited 50 years later: “In July 1966, at the age of 18, I went with my friend Pamela and her parents to Caister.  We’d booked the holiday in January but by the time we went, I was engaged. One night, Pamela and I met some lads and went out with them to town. When we got back, I was summoned to Pamela's parents’ caravan and given a good telling off! Those days of innocence!”

Another favourite with families of all ages was Butlins – but a look into the life of its founder goes some way to explain why this was a man who wasn’t going to take fun for granted.

Poor Billy Butlin. He might sound like a character from an Enid Blyton book but his story took some time to reach its happy ending and it’s a real page turner, too.

Born in 1889 in South Africa, his parents split up when he was a child and he returned to England with his mother who started selling gingerbread at fairs around the country.  At the age of 12, his mother left again, this time for Canada and two years later, he joined her there.

During WWI, Billy joined the Canadian Army as a bugler but after the war, returned to England once again with (it’s alleged) £5 in his pocket. With this he hired a stall at a fair and within 10 years, he’d gone from a handful of stalls to a fully-fledged fairground at Skegness. But where could punters stay? Why! A holiday park of course! The year was 1936. 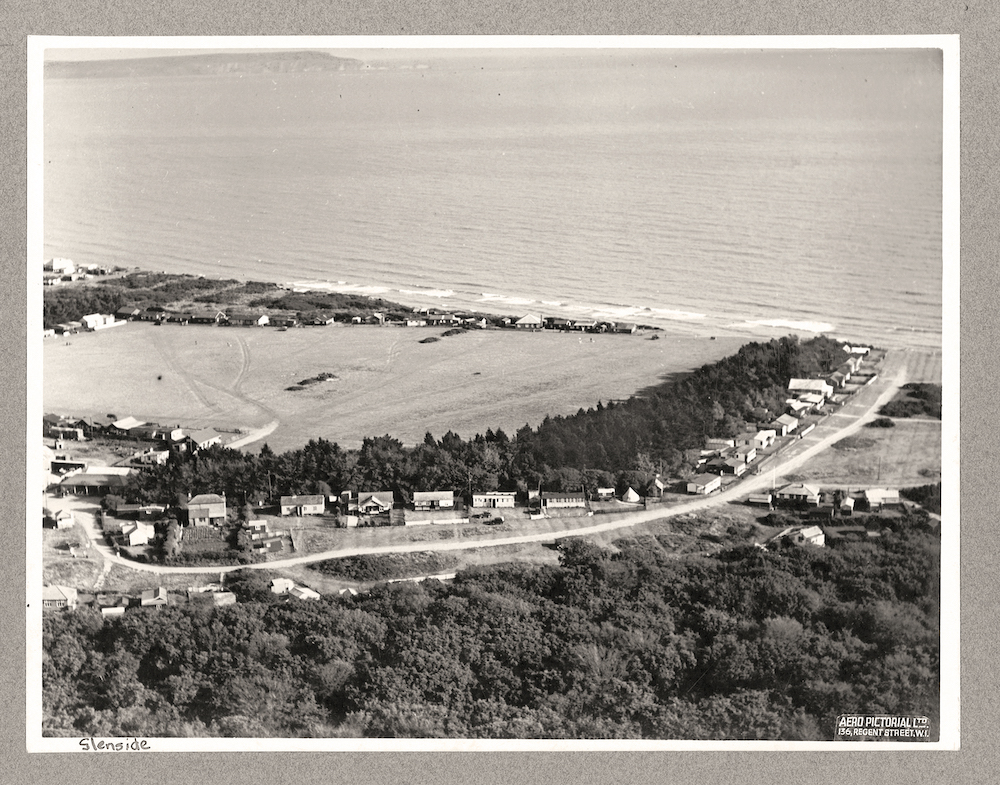 Of course another war was looming on the horizon but for now, all was smiles and sunshine as was the case over in Hampshire. Back in 1920, a man called John Burry had purchased Naish Farm not intending it to be a place for holidaymakers but by this time, people were already starting to tow caravans with cars – though I don’t think they would have classed them as towcars as such. I wouldn’t fancy your chances with one on the M3 either. 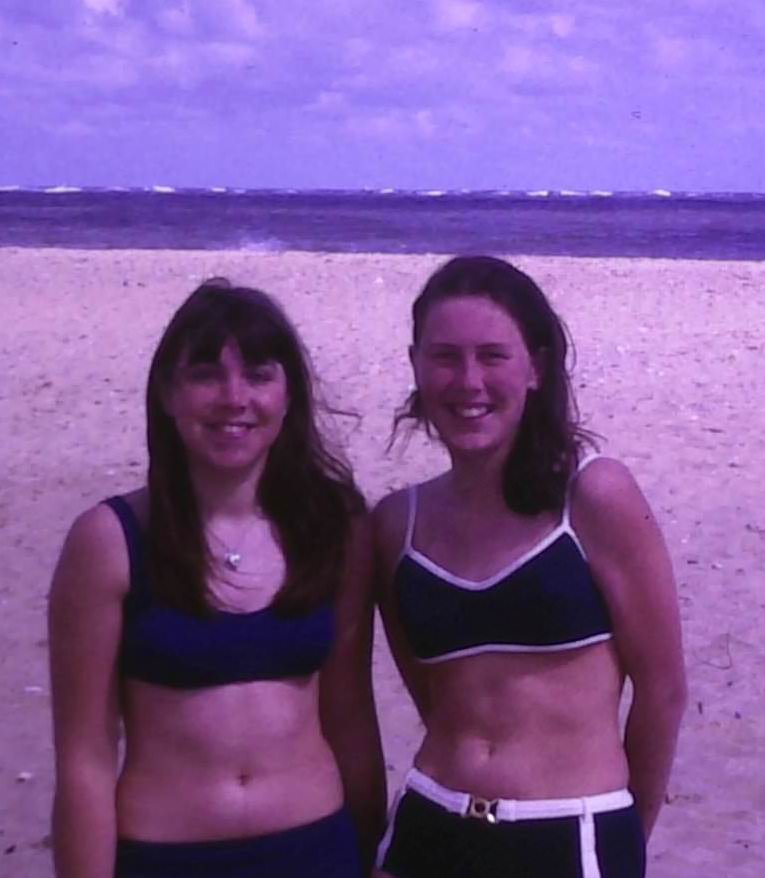 Slowly but surely, punters started turning up at Naish (pictured, above) eager to catch a glimpse of the coast and breathe in the salty air. But for some, being at Naish was a more long-term arrangement – railway carriages and old buses were used to house nearby Southampton residents who had been bombed out. Naish is now part of the popular Hoburne Group of parks.

The Hoburne Group today owns eight sites in the south of England and recently invested millions, with a large portion spent upgrading the entertainment and leisure facilities at the original site in Naish.

Hoburne’s Managing Director Rod Tucker says: “The trend for short and weekend breaks has increased and, with all our parks within good proximity of London and the Home Counties, we have the perfect locations for people wanting a last-minute break away.”

Times indeed have changed but if you’re looking for a quick getaway and want somewhere the kids will love as much as you, a holiday park could well be the answer. Just avoid the teenagers playing Twister.

Hoburne has eight sites and offers touring pitches at Bashley in the New Forest, Blue Anchor in Somerset, the Cotswolds and Devon Bay. Visit www.hoburne.com

Butlins has three sites in Skegness, Minehead and Bognor Regis and offers touring pitches at its caravan parks adjacent to the resorts. Visit www.butlins.com

*Carol Kimber is the mother of Caravan editor Clare. In the 70s, Clare's sisters were entered into a fancy dress competition at Pontins. She narrowly missed out, having been born in the 80s. Her grandfather (pictured, top right) sits proudly on the step of his caravan – not sure about his tow car though...

In part two of our series, Lee Davey questions what he’s done. Was this caravan rebuild project such a good idea? ... 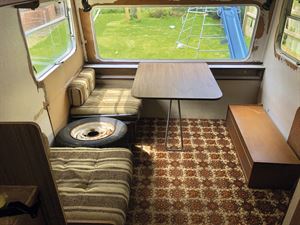 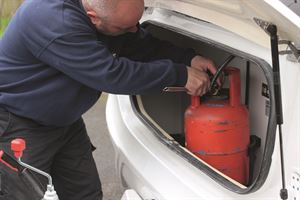 A guide to caravan servicing and habitation checks

Regular servicing is vital to keep your caravan in good condition. Jim Blackstock finds out what is involved ...

Looking for caravan cookery inspiration? Try these exciting and tasty new recipes – in association with ...

Why fit a caravan tracker and other questions answered

Beginners Guide: the anatomy of a caravan

If you’re new to caravanning, this guide will help you to understand more about the exterior and interior of a typical model ... 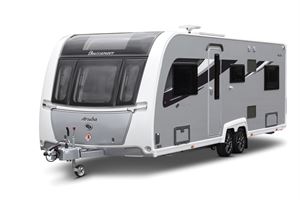 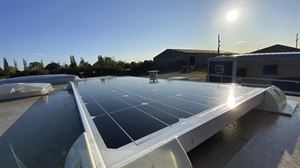 A solar panel gives you free – and clean – energy. Here, Jim Blackstock shows how to fit one to a caravan ... 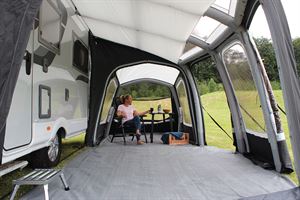 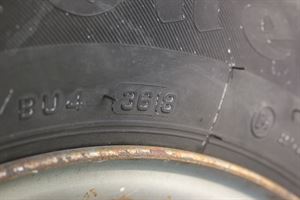 A guide to caravan tyres and wheels

There’s more to caravan wheels and tyres than an occasional pressure check. Jim Blackstock offers some ...