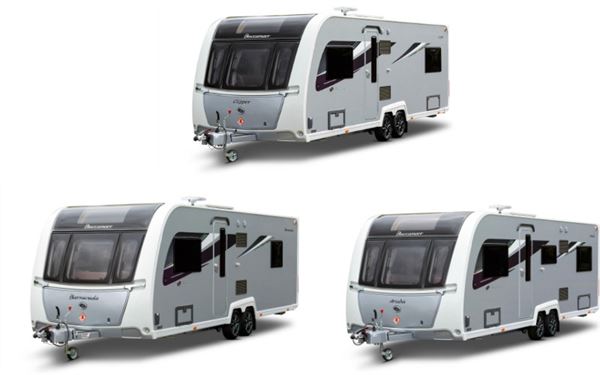 The long-established Buccaneer brand, always known as a trendsetter regarding specification and luxury, is the flagship of the Erwin Hymer Group's British portfolio. The manufacturer describes Buccaneer as 'the epitome of the great British grand tourer'. 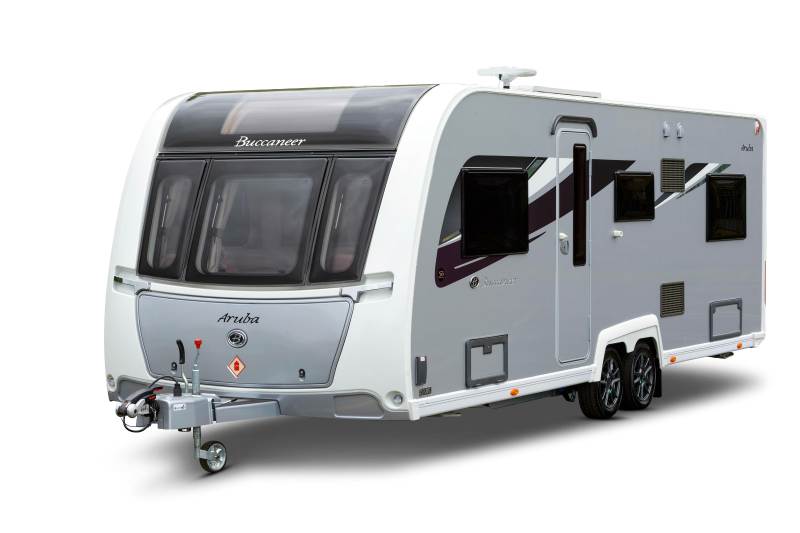 All the five models are eight feet wide and come with E&P's self-levelling system. The newest model, launched for 2019, is the 'Aruba'. From its unveiling this Summer, it quickly became regarded as one of Britain's most luxurious six-berth caravans.

In addition to the remote-controlled six-point levelling system, it also has underfloor heating, part of the Alde system. It also has the Alde Load Monitor, which automatically switches off the Alde heating when an appliance, like the microwave, is in use, ensuring you don't trip-out the power supply.

Lighting under the rim of the kitchen surface, a cast-iron pan trivet, pull-out kitchen baskets, a deep-pile carpet, bright downlighters over the kitchen and exceptionally comfortable seating with curved backrests and large armrests all add up to one exceptional tourer.

And the layout? The Aruba has a French-style double bed at the rear on the nearside, in a cosy area that feels well-separated from the rest of the design. Alongside it is the washroom. In the centre is a large dining area that transforms into a double bed. And the lounge makes into another, supersized bed. 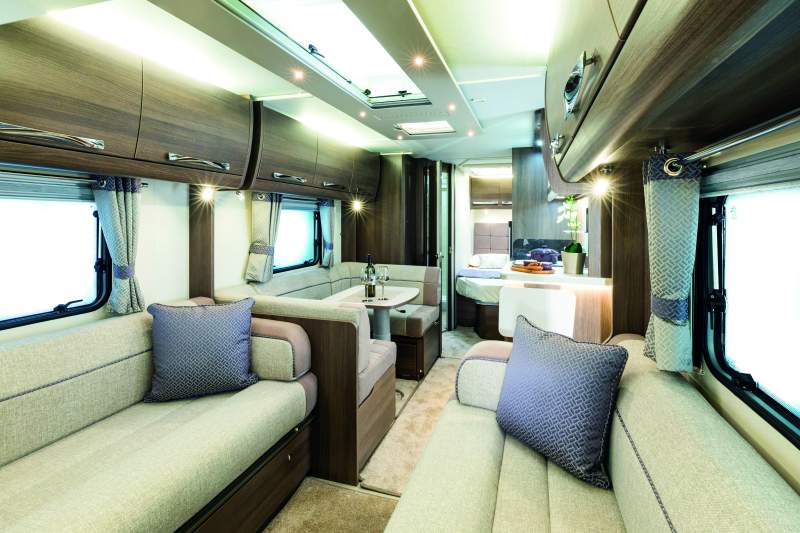 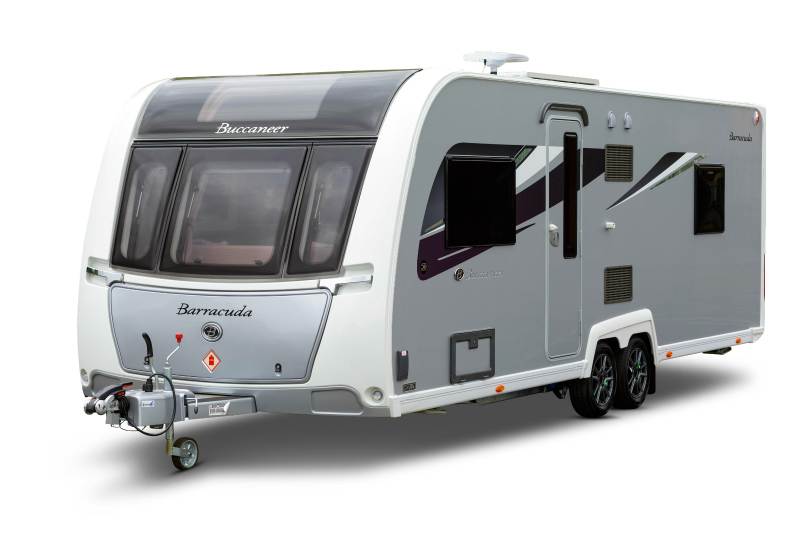 The Barracuda has a new kitchen layout for 2019, with a raised portion on the fore-end. It's practical, providing extra surface space, and looks stylish.

This model has a beautiful L-shaped lounge. It comes complete with a 32-inch television, mounted on an 'entertainment centre' wall, with spectacularly-designed shelving beneath.

The lounge converts to a double bed; the base pulls out from under the settee which runs across the front, while, at the rear, the Barracuda's bedroom is completely separated from the rest of the caravan by the central shower room. 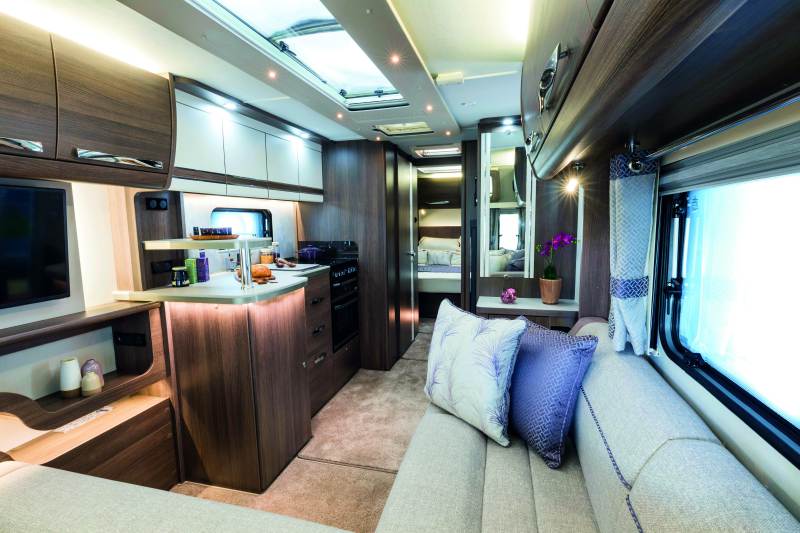 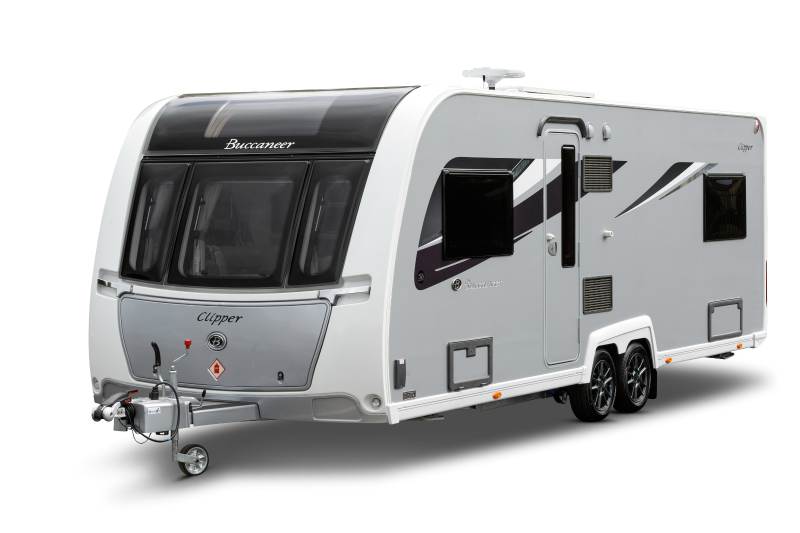 The Clipper's bedroom has twin beds, so it appeals to couples and families. The shower room is in the middle, so it's just as much an en-suite to the twin bedroom as it is a family shower room.

Backlit headboards, bright spotlights, a large chest of four drawers between the beds and windows on each side are features of this beautifully-appointed bedroom. There are top lockers on all three sides, creating ample storage space.

There's also plenty of storage space in the kitchen, in a large cabinet plus drawers, and the tower-style fridge-freezer.

Luxury abounds, including in the shower, where the walls feature a tile effect. A heated towel rail ensures your towels are always dry. 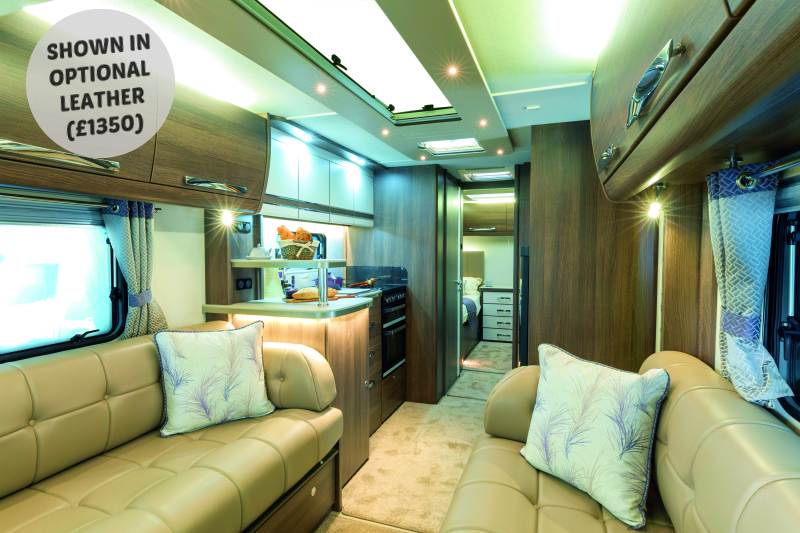