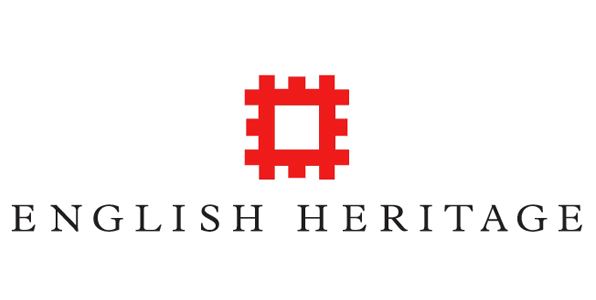 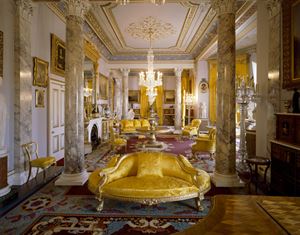 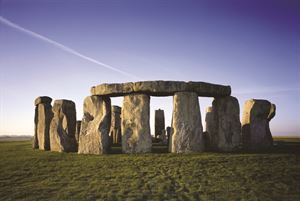 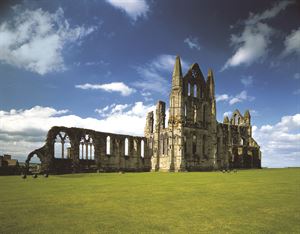 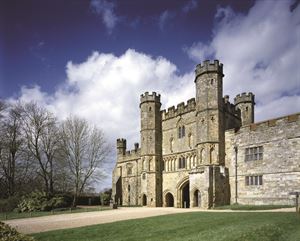 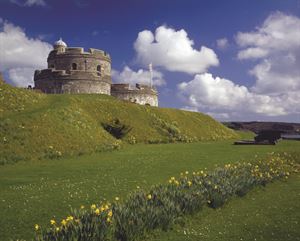 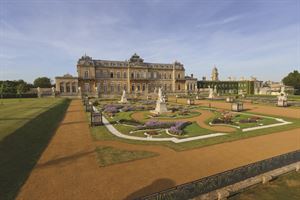 Caring for our nation’s heritage is a huge responsibility. When you look around the sites that English Heritage cares for and see the fantastic work that’s been done to preserve and restore such a unique house and garden, you cannot help but to be impressed by all that they do.

Not only do they do vital work in some of the most beautiful and historically important locations in England, but this National Treasurer enthuses others about our sites’ stories, thinks up new and entertaining ways to engage visitors with its work, and care for these national monuments for many future generations!

The Abbey is a charming place, dating back to the 13th century. It was built on the site of an earlier, 7th century, monastery. Today it is a Gothic ruin that attracts visitors from miles around.

There are 199 steps up to the Abbey, which towers over the town. Fortunately, you can get the Whitby Tour Bus if you’re not keen on the climb.

It is perhaps best known for inspiring Bram Stoker’s classic vampire tale, Dracula. Stoker stayed at Whitby while writing the Dracula story, first as a play and then as a novel.

Take the audio tour and walk around the Abbey grounds, hearing about the Benedictine monks who lived and worshipped there. A play begins with a couple of actors bringing the legends of Whitby Abbey to life.

Apparently, St Hilda, who founded the 7th century Abbey on the site, first had to banish snakes from the Abbey grounds. She turned them into stone and for years people thought the ammonite fossils that fell from the rocks on the beaches below were St Hilda’s petrified snakes.

There is also a museum and visitor centre, housing archeological finds, memorial crosses and ornamental faces in stone (beasties, abbots and knights). They have been taken inside to prevent further weathering.

You can sample some English Heritage wines and ‘vampire relishes’ while there, too, and then visit the fascinating 12th century Church of St Mary next door.

One of Britain’s most famous landmarks is Stonehenge in Wiltshire. The mysterious history of the henge has haunted archaeologists for decades. They have never stopped pondering exactly how the stones were moved from Pembrokeshire to the site where they stand today.

Theories include them being moved by Ice Age glaciers, or being transported up the Bristol Channel and River Avon on rafts. Modern researchers tried to replicate the theoretical journey by raft in 2000, but the stone sank in the Milford Haven estuary.

Today, Stonehenge has a new visitor centre and the road that once ran alongside the monument has been removed, creating a landscape much more in keeping with the original area of about 4500 years ago.

Stonehenge has become so popular since the reopening that advance booking is now required.

Between 1901 and 1964 Stonehenge underwent major restoration work and became “a product of the 20th century heritage industry,” according to one archaeologist, who perhaps preferred the monument the way it stood before the restoration.

Today the aim is to take you through the history, theories and mythology of Stonehenge, appreciating the monument
for its historical significance, sanctity, and possible uses as a pagan temple for our Stone Age ancestors.

Queen Victoria’s Isle of Wight home, Osborne House is one of English Heritage’s more glamorous properties, offering insight into her family life and enabling you to see the richly furnished Royal Apartments.

A hands-on exhibition, Childhood at Osborne, has recently opened to the public – as has Queen Victoria’s private beach. The childhood exhibition inside their former playhouse, Swiss Cottage, shows how the young princes and princesses learnt new skills.

The cottage was built in 1853 and the princes were employed as labourers to help lay the foundations. Research from the children’s letters, diaries and paintings has enabled English Heritage to piece together details of their lives at Osborne. There’s also a new play area, a nature trail, and the opportunity to explore the historic Victoria Fort and Albert Barracks.

-- Find campsites in the Isle of Wight --

The young princesses were taught to cook by the housekeeper, Mrs Warne, and visitors today can see the kitchen in the Swiss Cottage dressed for Victorian biscuit making. The children’s culinary delights were served to the Queen, her husband, and their royal guests.

The youngsters learnt gardening and accounting skills, and ran their own little grocery shop from the cottage. They collected fossils, oriental artefacts, antiquities and curios, so the Queen decided they needed a museum to display their collection.

Today, this museum houses more than 3000 artefacts, all collected by the royal children, including the first transatlantic telegraph message, and a deer with five legs.

Osborne House has some fantastic state rooms including Queen Victoria’s sitting room, dressing room, bedroom, and the Durbar room with its Indian-inspired ceiling. The gardens are well worth a visit, too!

St Mawes Castle is set on the glorious Cornish coastland, with enchanting views all the way out to sea.

It was one of Henry VIII’s artillery fortresses, built between 1539 and 1545 in response to the threat of invasion by France and Spain. The fortress protected an important area of coastland, supported by Pendennis Castle, across the estuary.

St Mawes was built with considerable artillery and cannons to attack foreign battleships. The building is decorated with carved Latin inscriptions honouring King Henry VIII and his son Edward VI. It is certainly one of the more elaborate forts of its time.

The grounds are extensive, leading you down to the waterside along the Fal Estuary, from where you can see Pendennis Castle and enjoy views out to sea. It’s a busy shipping lane and you can watch cruise ships and yachts as they pass. In the summer, there are theatrical plays acted out in the Castle grounds.

The Castle was attacked by Parliamentarian forces during the English Civil War in 1646. Then it was neglected until the 19th century when it was partially reinstated as a fortress.

Today, visitors can take an audio tour that helps bring the fortress to life. You can explore the gun room; see the resting ‘gunners’ and stroll around the extensive grounds soaking up the sea views.

An imposing ruin in the historic town of Battle, East Sussex, the Abbey has a history dating back to 1066. There's an exhibition and a short film about the Battle of Hastings, with a chance to see the weaponry used and get a feel for the tensions of the time.

On the battlefield, the audio guide explains how the conflict developed, culminating in the death of King Harold, who was shot with an arrow through his eye – although there are alternative versions of the tale.

It all started when King Edward the Confessor died in January 1066. He promised the throne to Harold Godwin, son of the powerful Earl of Wessex, and Harold was duly crowned King within days of Edward’s death.

Harold, however, had promised to pass the crown onto William, the Duke of Normandy. Harold’s ship had been wrecked in Normandy in 1064, and William took him in. Harold swore an oath to pass the crown to William on Edward’s death. Perhaps he had little choice, as some say he was effectively a prisoner in a foreign country.

Harold refused to relinquish his crown and the Battle of Hastings ensued. The Normans won and William the Conqueror took the throne.

He built Battle Abbey, placing the altar at the spot where Harold fell. The experience reveals stories of the Benedictine monks who lived on the site up until Henry VIII dissolved the Abbey in 1538.

You can also visit the dairy, ice house, ruined crypt, vaulted chambers of the monks’ dormitories, the chapter house, store rooms and latrine. It’s a fascinating attraction, brought to life by an excellent audio guide, museum, and visitor centre.

Wrest Park is a stunning stately home in Bedfordshire with extensive water gardens, monuments, an amphitheatre, bath house, orangery, and a fascinating history.

Walk into the gardens, past a super children’s play area and café, and find yourself surrounded by wonderful floral gardens and Italian statues.

This was home to the aristocratic de Grey family for more than 600 years, until its sale in 1917 to the industrialist, John George Murray.

The gardens reflect 200 years of landscape design history. We head straight down the drive towards the Thomas Archer Pavilion, passing the Italian fountain and Long Water.

The Pavilion acts as a focal point for the formal woodland garden. Architecturally, it is considered to be one of the most important Baroque buildings in the country – originally used for hunting parties and dinners. It was designed and built by the architect, Thomas Archer in 1709-11, and the dramatic interiors were painted by French artist, Louis Hauduroy in 1712.

After exploring the rooms inside the Pavilion, you can follow the woodland walk through a labyrinth of paths, admiring ornamental statues. The Chinese Bridge offers a route across the canal that encircles the garden. It has the appearance of a natural river and water birds nest on the water’s edge.

Here you'll see the Chinese Temple, Orangery, Amphitheatre, and American Garden, but among those that stand out is the Bath House. It dates back to 1770 and is made of rough coursed ironstone. Part of the building has a thatched roof but here, the bathing pool is open to the air.

That's not all... You can also visit the state rooms and peruse the exhibitions, too.