Camping Inspiration: A Super Family Break On The Welsh Coast 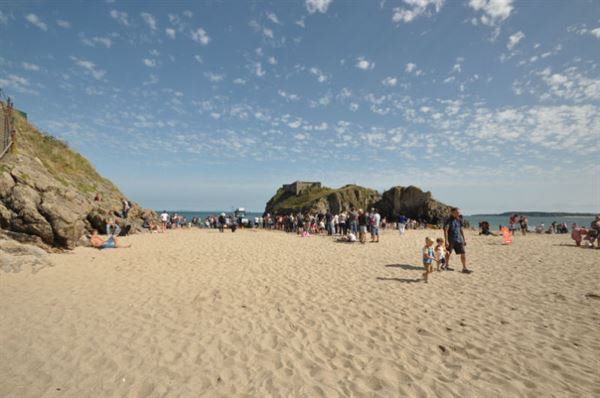 A week of glorious sunshine. Absolutely gorgeous beaches. Great food and drink. Occasionally trying to get to grips with a language beyond English.

Continental Europe? No, continental Pembrokeshire. My favourite part of Wales. Our line-up comprised sister-in-law Katrina, her partner Steve and daughter, Danae, and her daughter, two-year-old Arabella. Plus two dogs. Luckily, I knew just the place to call home.

Our base was the highly exclusive Mill House Holiday Park. An absolute gem, but do note there’s only space for four tents. Mill House’s on-site owners, Simon and Mandy Wood, couldn’t be more genuinely decent, kindly and accommodating. And if tranquillity is a key desire from your campsite, this fits the bill to perfection.

Mill House is a small site that tucks itself away in a little village called Stepaside, a handful of miles away from the altogether brighter lights of, first, Saundersfoot, then (keep walking, or driving) Tenby. You don’t need to go near these holiday hotspots, although we did, enjoying their beaches and (just occasionally) bars and cafés.

But you’d be missing a treat if you head for these without taking the short (15 minutes or so, along an easy-walking path) stroll out to the beach at Wisemans Bridge.

This was our first destination after arriving on site and, having taken in the coast, got some bearings, skimmed some stones, let the dogs run free, paddled etc… well, the Wiseman’s Bridge Inn was beckoning. Packed – inside and out – but quick to serve, a swift half was all it needed to confirm we were well and truly on holiday. 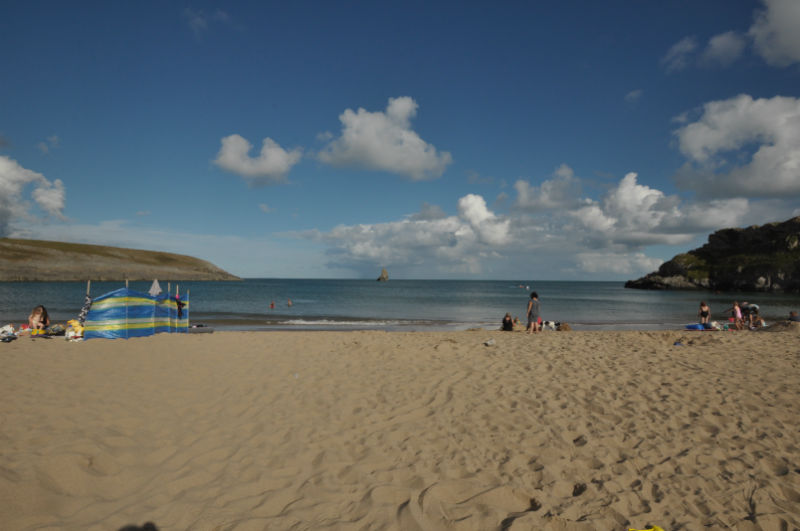 Beyond, all of Pembrokeshire was waiting for us, and so began our week. Such was the weather, it was very much beach first for us. To summarise, as well as Wisemans Bridge, our beach-bagging included Amroth, Coppet Hall (a short, coastal walk along from Wiseman’s Bridge, otherwise £4 for car parking), Broadhaven, Saundersfoot, Newgale, Tenby’s (usually slightly less crowded) North Beach… we did indeed visit them all at different points. It’s worth knowing, though, that some of these (usually, the ones with Blue Flag status) are officially closed to dogs during high season.

Only one fell out of our grasp. A failed attempt to get to the much-hyped Barafundle Bay, which was well and truly filled to capacity (we didn’t even get as far as its car park). That’s publicity for you. Never mind Pembrokeshire, or Wales, even. It was once voted one of the best beaches in the world.

Anyway, our day not quite ruined, we ended up heading along the road instead to arguably our best meal out of the week, at the Stackpole Inn – second time lucky, turning up “on spec” and getting a garden table. I’m sure you’ll be smarter and book. The seafood dishes were particularly spectacular. And I dare you to resist the puddings.

We were full, we needed our next beach. Luckily, Broadhaven wasn’t far off, and its car park wasn’t as full as we were. There’s a short walk down to the beach itself (as is always the way, it’s the coming back up again after a hard afternoon’s sunbathing and paddling that is much tougher).

Our week wasn’t just about the beaches. No visit to almost any part of Wales is complete without a castle. We manged two on this particular trip – Pembroke and Carew. They’re very different. Pembroke strikes as being the more “commercial”, although it was nice to be able to enjoy our picnic in its grounds. And Pembroke itself is one of those towns you can enjoy a stroll in, our little walk taking us around the castle’s mill pond then into the town centre, its high street packing in plenty of independent shops, and a particularly good bakery. The castle is the birthplace of Henry VII, which technically makes it the seat of the Tudor dynasty. 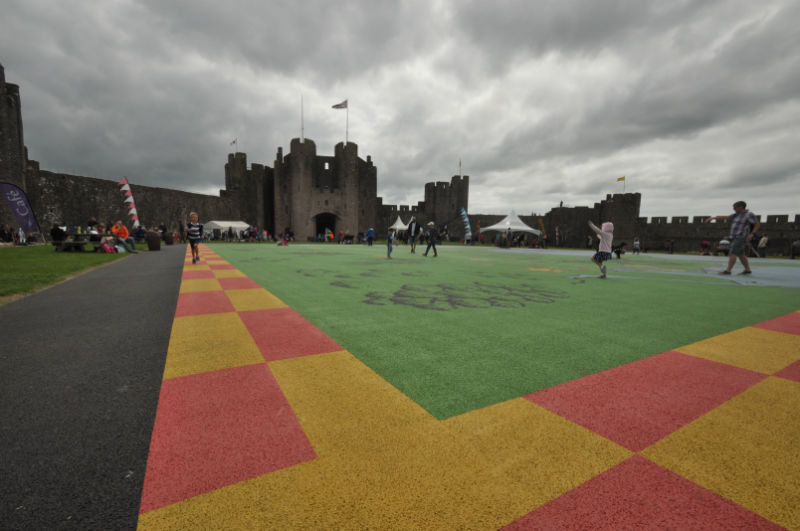 Some five miles and 10 minutes’ drive away from Pembroke, Carew Castle And Tidal Mill (to give the attraction its full name) is different, the castle ruins retaining a majestic aloofness, aided by the surrounding meadows. There’s a new café here, too, and it also has its own mill pond, where your walking will take you to the mill itself.

Actually, make that three castles. OK, it’s a particularly good reconstruction of an Iron Age fort, but Castell Henllys could easily claim to be Pembrokeshire’s oldest. Whatever, it’s an engaging way of travelling back some 2,000 years and getting an idea of what a typical settlement was like back then (tip: try, also, to imagine no trees as you make your way up to the settlement). Bringing it all bang up to date is an easy-access car park, an excellent café/restaurant and, an interesting way to start your visit here, a Barefoot Trail.

Sticking with the impressive buildings theme, though and no visit to Pembrokeshire is complete without popping into the UK’s smallest city, St Davids, and its ebullient cathedral – looking all the more awesome for being in the late afternoon sun when we were there. Parking’s not so easy around here, particularly in high season, but do persevere. 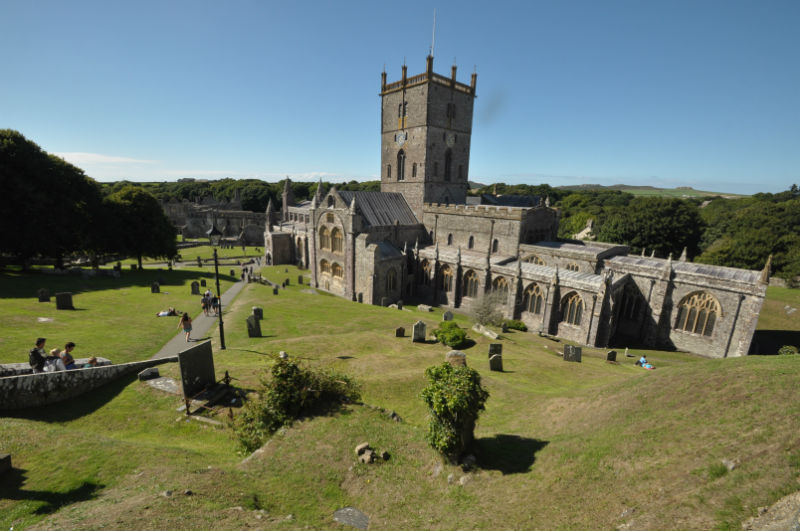 There’s plenty of “secret stuff” going on around Pembrokeshire. If you think all those beaches, varied as they are, are a bit too bucket-and-spade, head inland and you’ll soon discover Pembrokeshire’s more surreptitious side.

How about, for example, the slightly mysterious Gwaun Valley? It definitely feels like a step back in time, even if you’re just driving through. For you back in time travellers, I would have also recommended dropping into the “world famous” Dryffyn Arms. I say “world famous”, but it’s best known as “Bessie’s”, in memory of landlady Bessie Davies. It’s a throwback of a pub, serving hand-drawn beer (Bass, if I remember rightly) via a serving hatch to a room that looks like it hasn’t changed since the 1950s. A quick update, though, because I understand the pub had a fire at the start of the year and, at the time of writing, was still to re-open. Luckily, nobody was hurt.

Anyway, as a further clue to the Gwaun Valley area, you should know they don’t celebrate New Year (Hen Galan) until 13 January, mainly because – in a spirit of pure rebellion – they prefer to stick to the Julian calendar. 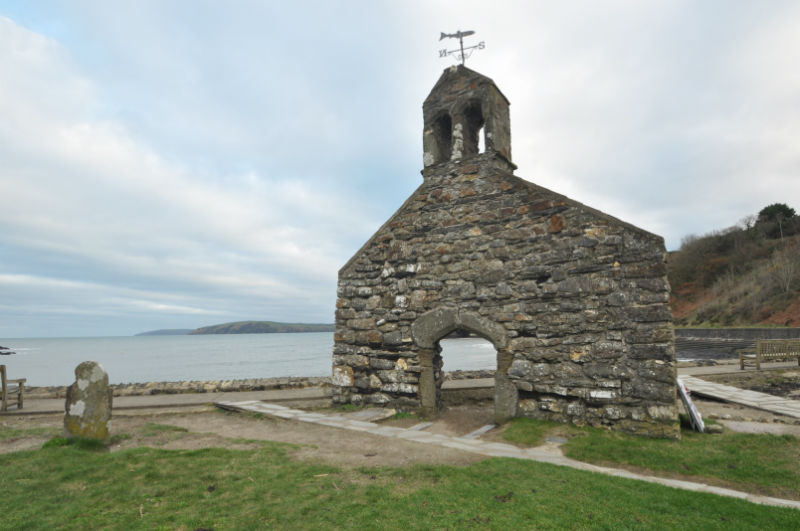 Just as evocative is the ruins of the church in the coastal hamlet at Cwm-Yr-Eglwys. That name translates as the valley of the church. There are some 30 houses here, only three of which are occupied all year round, by less than a handful of residents. There is, however, a car park. The focal point, though, is what’s left of the Church of St Brynach the Abbot, overlooking the beach. It was ruined by storms in the 19th century, but it definitely retains an eerie atmosphere. A carefully placed sign and intercom means you can radio up for a coffee and make a donation to the RNLI.

The personal recommendations keep coming. If you get to another beach, Poppit Sands, tantalisingly close is the Ferry Inn at St Dogmaels (also the start of the 186-mile Pembrokeshire Coast Path, which ends up in Amroth, just a bit further on from our campsite. The pub takes its name from being the landing post for the ferry from Cardigan, but today boasts quite a few accolades for its food, beer garden and general surroundings.

Was Pembrokeshire perfection? Of course not. Dare I mention a pub we went to for an evening meal that seemed somewhat below par. Maybe we caught it at a bad time. Despite staff who wanted to be helpful, a seafood platter where every item was coated in breadcrumbs simply didn’t inspire. And it wasn’t enough to deter us from our fabulous week away. 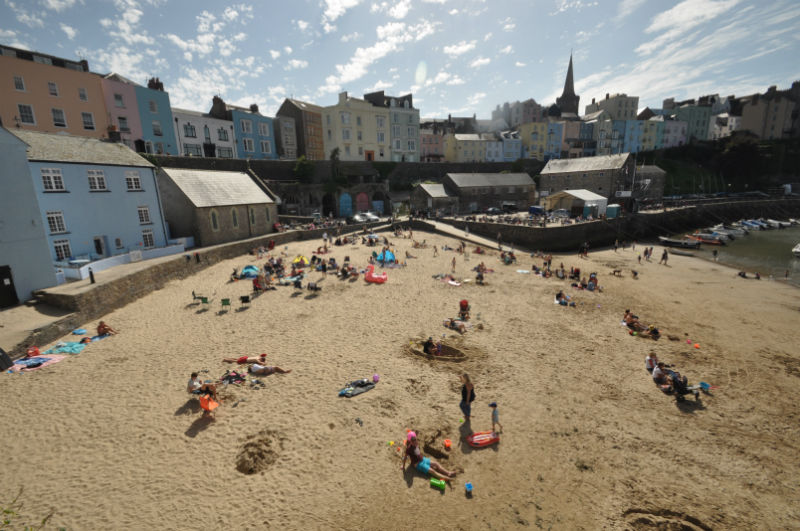 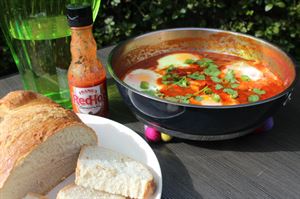