How to kit the kids out for DofE 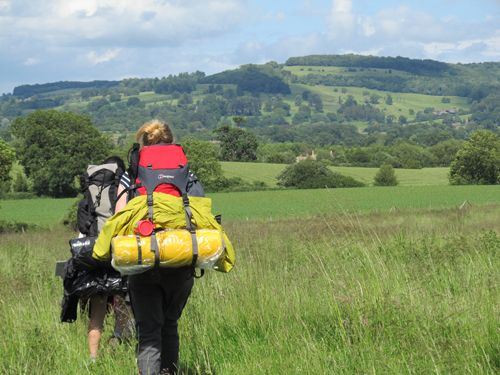 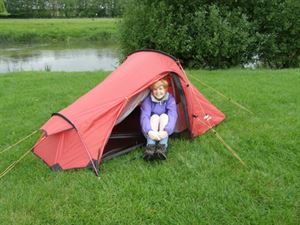 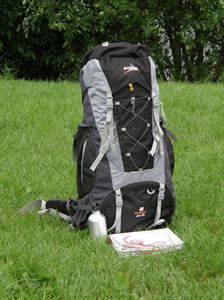 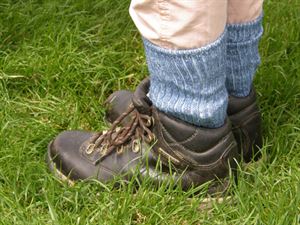 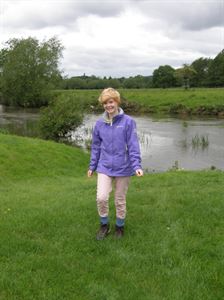 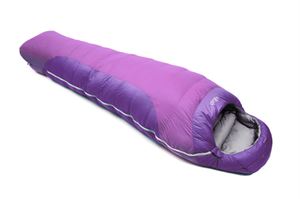 How did you start independent camping? I’d love to say my first trip without adult help was wild camping with friends in a remote area of Scotland. But it wouldn’t be true. My teenage camping experiences were comfortable ones, with an adult on hand if we – for example - tried anything as ridiculous as pitching the tent inside out on the first night...

Things are a little different for my 15-year-old daughter Sabrina, as she goes to a school committed to the Duke of Edinburgh’s Award (DofE) scheme. I’m very impressed. In the last couple of months she’s walked miles with half-a-dozen friends, carrying enough kit between them to be self-sufficient. They endured some of the spring’s heavy downpours and enjoyed brief glimpses of sunshine over the Cotswolds. When one of the group twisted her knee the rest divided up her kit between their backpacks so she was still able to complete the task. How many other organisations can give youngsters such freedom and responsibility?

At Sabrina’s school the young people do three separate trips to complete the expedition section of the Bronze Award. The first is a half-day walk with a supervisor, who must be satisfied everyone can cope with the navigation and other practicalities of the full expedition. The second is a practice walk of around 12km (they work in metric these days), an overnight stay at a basic campsite followed by a second walk of similar length the next day, carrying all their equipment, including food. A few weeks later they embark on their final expedition. 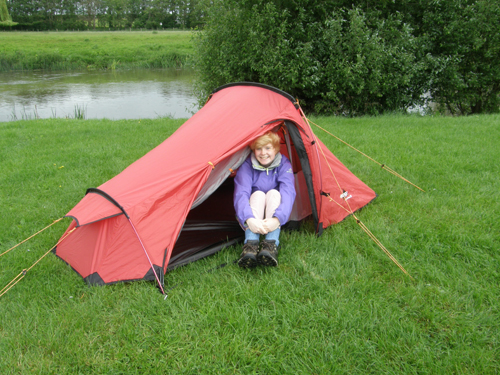 However, as we soon discovered, starting out on your first real camping adventure needs a fair amount of kit. Much has changed in the decades since I was a teenager looking wistfully at backpacking kit. If you check the DofE website www.dofe.org the suggested equipment list is long. Fortunately, as with many DofE groups, the school provides much of the shared kit, including tents and stoves. We had some stuff tucked away that was perfectly serviceable, such as my trusty Regatta waterproof trousers that have survived many downpours. Sabrina also dug out a ‘spork’ that’s been in regular use for several years - covering all her cutlery requirements in a neat package weighing just 9g - along with the plastic cup, bowl and plate set from Girl Guiding UK’s Centenary Camp in 2010. However, there were still some pretty fundamental things missing.

One was a rucksack. This is an area that’s changed beyond recognition since I bought mine from the YHA shop in the 1980s. Fortunately we live close to Lockwoods, Leamington Spa (www.lockwoods.com) - a specialist outdoor store that’s been helping people find the right equipment for the task since 1976. Steve Robinson is one of Lockwood’s backpacking experts (as is daughter Amber) and he spent ages helping us find the right pack for Sabrina. He was able to point out some of the features we might have missed such as the raincover tucked in a top pocket, along with explaining the purpose of the many straps and showing how to adjust them properly.

A couple of other items proved particularly effective on Sabrina’s practise expedition. The Sprayway Yin jacket withstood everything the weather could throw at it along with an extra cup of water (an accident, I’m told), remaining completely waterproof throughout.

The Vango Banshee 200 tent was also a (slightly unexpected) hit. There were initially complaints that it didn’t have as much space for backpacks and boots as the tents provided by the school, but the fact that it was “far lighter” outweighed (sic) every other consideration and it became incredibly popular among the participants.

After the practice expedition we had a family debrief and decided there were two items that could do with an upgrade. Firstly – the sleeping mat. Sabrina had ferreted around in our camping gear and chosen the lightest mat she could find - a basic foam one that cost less than a fiver. Sadly it didn’t perform well. She says: “I turned over in the night and put my finger right through it,” so for the final expedition she took an inflatable mat from Hyalite. It turned out to be even lighter and much warmer too – an important consideration for someone who really feels the cold.

The other indulgence was decent walking socks. She began with some lovely blue nylon towelling ones that we calculated were nearly 30 years old. You could call them ‘heirlooms’. They did the job, but we were both much more impressed by the Bridgedale Trekker socks she used on the final expedition. They weighed less, even though they had significantly more padding than the heirlooms, because the padding was in the correct places (under the ball of the foot, round the heel and the like) rather than all over, meaning the rest of the sock could be thinner and generally more comfortable.

All in all, it’s enough to make you want to get out and start backpacking all over again...

A popular rucksack that’s on the DofE recommended kit list. The ‘S’ denotes a shorter back length, suiting Sabrina well.

Sabrina’s tent is in red (pictured above) but the 2012 Banshee 200 is a dark green (‘pine’) colour with a bright orange inner. Weighing in at 2.1kg with alloy poles, this is an easy-to-pitch tent with just enough space for two. It is also on the DofE recommended kit list.

A stylish Swiss Army Knife designed specifically for youngsters on expeditions, branded with the DofE logo. Includes a round-ended blade, scissors, tweezers and a multipurpose hook – among other things.

Comfortable, soft socks with extra padding underfoot. Ours came out of the wash still looking and feeling good, though I can recommend washing them the right way out or you end up picking clean grass out of the sock for ages afterwards...

A popular walking boot that was distinguished by winning a Camping magazine award in 2010. Comfortable, waterproof, sturdy but still remarkably lightweight – what more could you want?

A great sleeping mat that weighs in at just 425g and packs down to 10cm x 30.5cm. This model is specifically designed for women, with extra insulation in the foot area. It also has heat-reflecting fabric to reflect your body’s warmth back to your sleeping bag rather than allowing it to warm up the ground beneath. 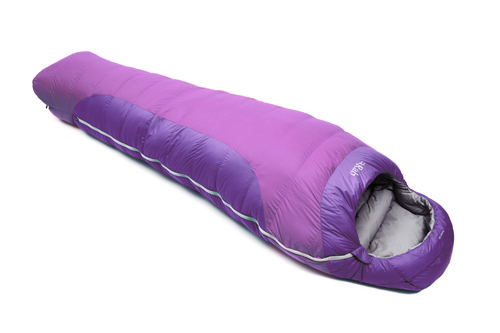 Duck-down filled sleeping bag with breathable, water resistant and durable technical fabrics but at a lower price than many technical bags. This is shaped specifically for the female form, being slightly shorter, narrower at the shoulder and wider at the hips than a unisex bag. This year’s model is in ‘majestic’ (purple) rather than the blue Sabrina used.

A lightweight way (9g) of taking all the cutlery you need – knife, fork and spoon – in one heat-resistant, durable, dishwasher-safe implement.

The DofE has been running for more than 50 years and young people have worked for at least two million Bronze, Silver and Gold Awards over this time.

There are more than 10,500 DofE Centres around the UK, each with dedicated adult volunteers who support the young people through their DofE programmes.

60 years of the Duke of Edinburgh Award Scheme

To help celebrate 60 years since Prince Philip, Duke of Edinburgh, became Patron of the Camping and Caravanning Club, the Club has joined with Vango to provide ten starter camping packs, one for each of the ten DofE regions round the UK. Each pack includes Vango tents, cookers, sleeping bags, rucksacks, trek mats, compasses and cutlery sets, allowing teams of youngsters who wouldn’t otherwise be able to afford to undertake the expedition to do so.

As you’re probably aware, this country has some very strict laws relating to knives so a youngster under 18 couldn’t buy one of the Victorinox DofE Pocket Tools him or herself. However, the blade of knife within the tool has no tip and does it not lock in position so it is legal for a young person to carry it as a tool for DofE expeditions.