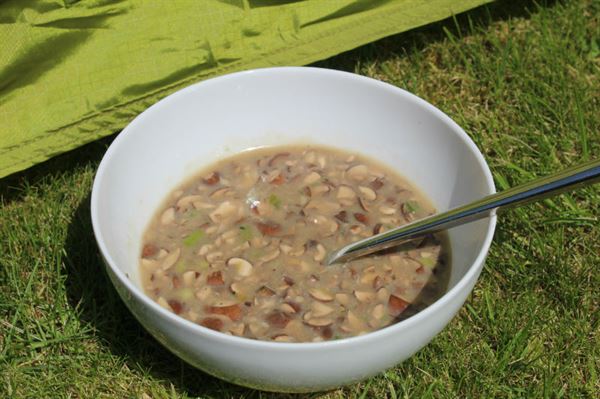 I’ve been having a bit of a clear out over the summer. A lot of my camping gear is looking a little tired and needs either a little TLC, or throwing out altogether.

It dawned on me recently that my trusty Trangia stove is 30 years old. It’s a little dented and battered, but there’s no way I’m getting rid of that.

bought it ahead of my first ever backpacking trip around Europe and it saw me right on my round the world trip a couple of years later.

It did make me realise that I’m a little bit of a hoarder and I could perhaps pass on some of my camping gear before it goes beyond the point of being any use to anyone. Maybe I’ll have a yard sale, but I doubt it somehow.

I guess you could say the same when it comes to food in my store cupboard and fridge. I’ve got an unopened tin of sardines that I picked up in Porto a couple of years ago, not because I love sardines (which I do!), but because it has such a pretty label (have you ever noticed how sardine tins are nearly always lovely?). 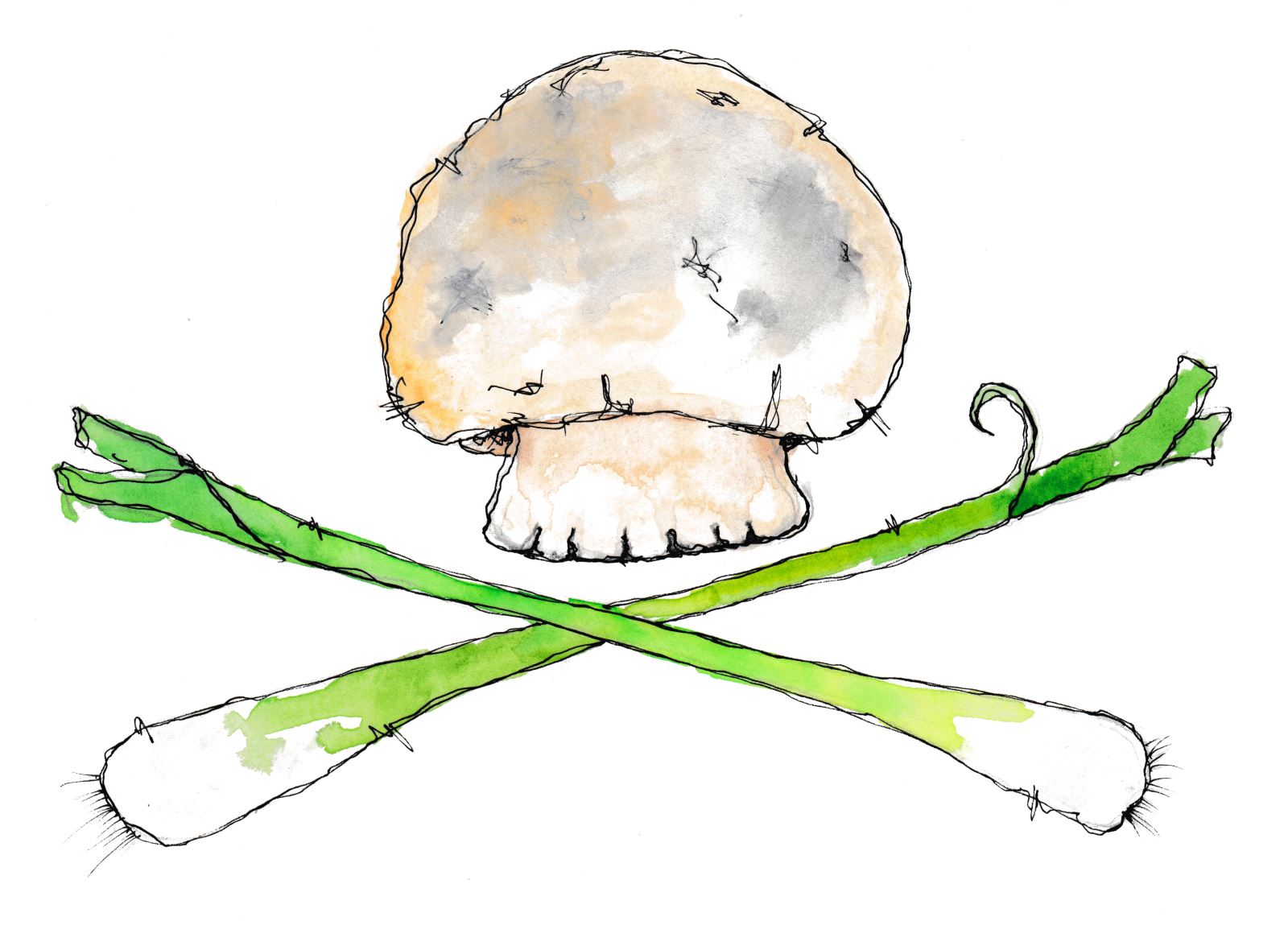 Anyway, I’m sure the food inside is well beyond its best before date, but I’m keeping the tin all the same. The fridge can tell a similar tale. There are always the last nubbins of a camembert, or a few black olives bobbing around in a jar, lurking at the back next to the bottle of Caesar salad dressing, just waiting to be used up.

But the spot where all the action (or lack of it) sits, is the two salad drawers at the bottom. Lettuce hearts, halves of red and green peepers (how come I never use the whole thing in a recipe?), and tomatoes on the verge of collapsing linger, longing to flavour a dish of some sort.

And this is how I came to invent what I think is one of the best recipes I’ve ever come up with. It’s not haut cuisine, it’s not even the case that I spent hours researching and sourcing the ingredients. My mushroom and spring onion soup is merely the result of my hoarding tendencies.

It’s a lazy soup, because I never got round to using up the last couple of spring onions and the half-punnet of mushrooms when they were in their prime. Instead I found them dying in the bottom of the salad drawer, crying out for salvation.

I was going to call this mushroom and spring onion soup, but then remembered that the Americans call them scallions, so mushroom and scallywag soup it is!

I like this soup blitzed smooth in the blender, but as not many people take a blender with them on a camping trip (even I wouldn’t go that far!) I’ve tried it out with the mushrooms and onions very finely chopped and it works well. But I have to say that blending it really helps bring out the flavours, so perhaps you could make it at home and reheat it when you arrive on site.

A large knob of butter

A glug of olive oil

100g mushrooms (use a mix of white button and chestnut)

A pinch of salt

A good grind of black pepper 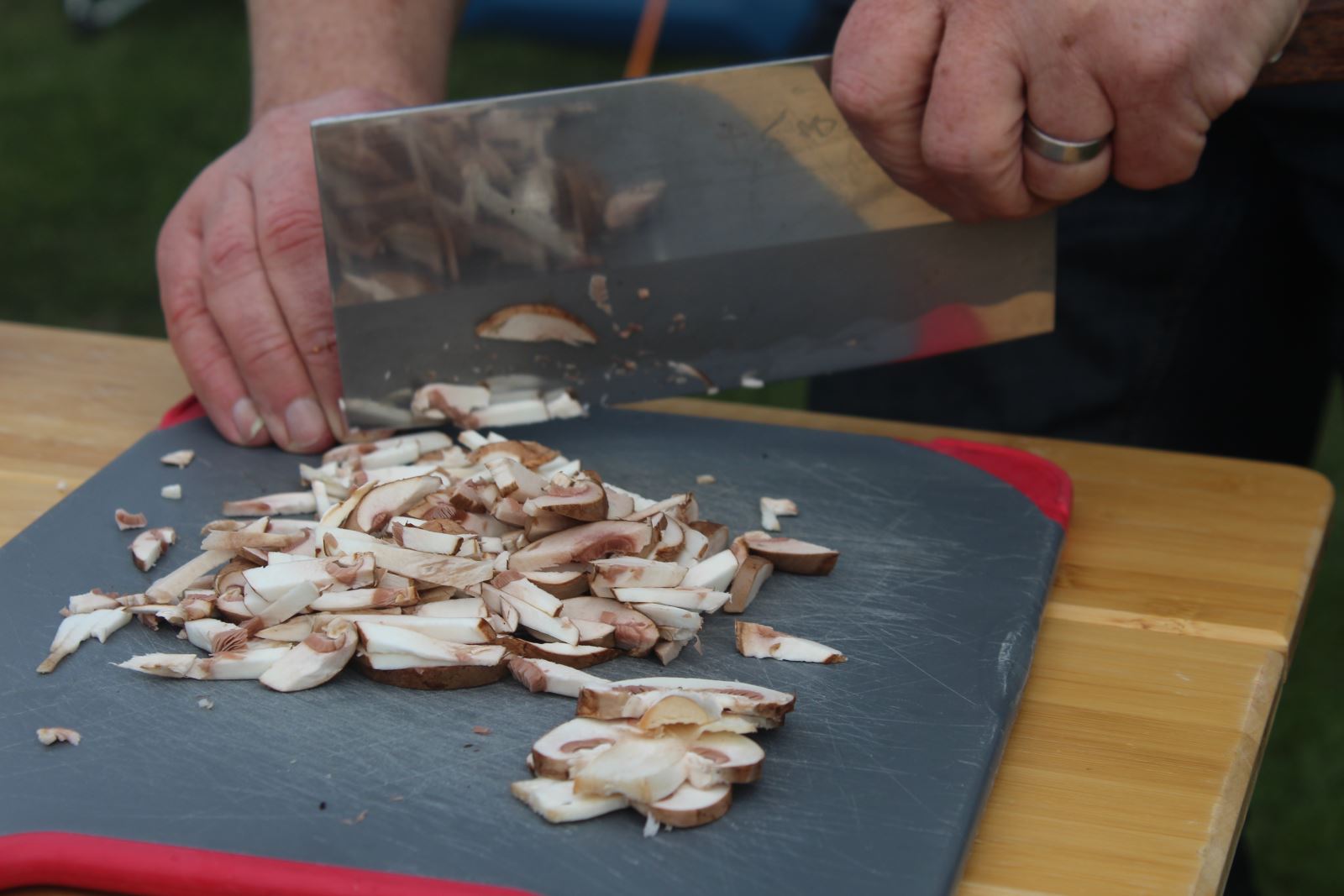 Top and tail the spring onions and chop them roughly along with the mushrooms. Melt the butter in a saucepan and add the olive oil together with the chopped vegetables.

Throw in a pinch of salt and a good grind of black pepper. Stir and simmer for a couple of minutes, then add the flour and the bouillon and stir through. The flour will start to stick to the bottom of the pan, but will come away once you add the milk and stir again.

Finally add the water and bring to the boil, stirring occasionally. Turn the heat to a gentle simmer and allow the soup to thicken a little. Remove from the heat and blitz smooth with a stick blender. Return to the heat to warm through and serve with good bread. 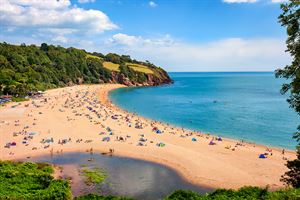 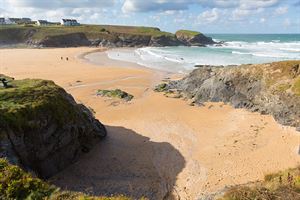 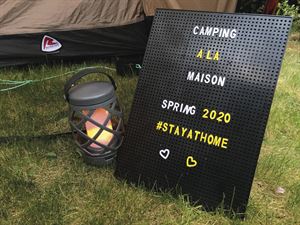 Liz Morrell looks back at how stay-at-home camping kept many UK families entertained and happy ... 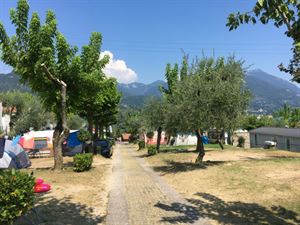 Camping skills: Keep cool in your tent in hot weather

Follow our tips for hot-weather camping and you'll be coolest camper on the site ...

Everyone loves a late-night kebab, but these are more classy than a greasy doner on the way home from the pub ... 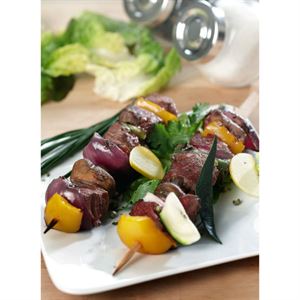 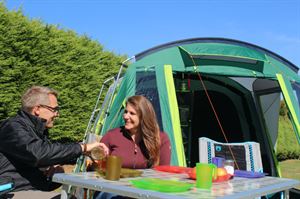 The beginners' guide to camping: Everything you need to know to get started

New to camping? Our ultimate guide will give you all the information you need to become an instant expert ... 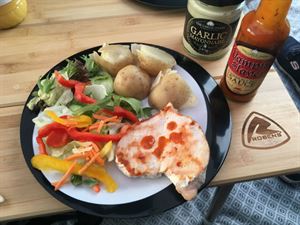 Cooking outdoors is all part of the great camping experience, but you don’t need to be Jamie Oliver to cook ... 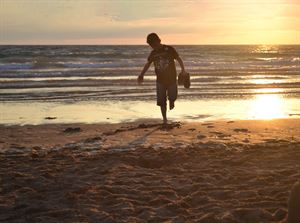 From stunning scenery to quirky attractions, North Devon offers everything you could want in a camping ... 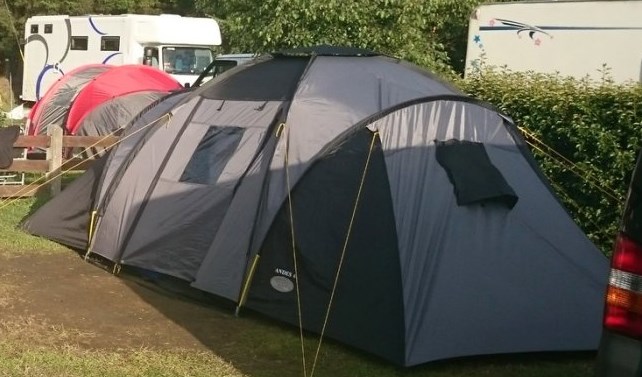