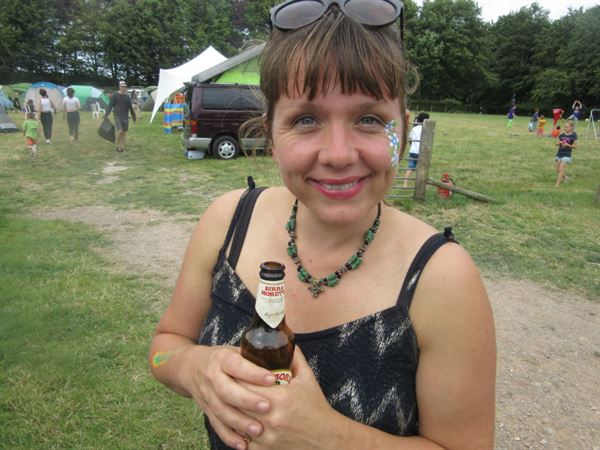 Stand-up comic and actress Kerry Godliman – star of hit sitcoms Derek and Bad Move as well as panel shows like Mock The Week – is a lifelong camping fan.  Here she reveals why she always chooses a tent over a luxury hotel.

I love camping. I always have. I understand it’s not for everyone. But when I come across those people who waspishly declare that camping is uncivilized, and complain about the filth, the discomfort, and inconvenience, I just smile. There’s no point in trying to convert them. I just pity them. They will never truly know joy. I’m like a cult member, bewildered as to why anyone would shun this simple happiness that's available to humankind.

But why do I feel this way about camping? I googled “things people hate about camping” and read descriptions of unmitigated revulsion. The toilet situation seems to be the main deal-breaker. And people abhor the airbed discomfort. But come on. Surely you can push through that with practice.

But I take mega-umbrage with likening camping to feeling like a refugee, which seems to be a common complaint. That just sounds too much like snowflake-speak to me.

Now I’m a parent inflicting this enthusiasm onto my offspring. Fortunately, my husband loves camping, too. And we’re lucky enough to have a few friends that are up for it, so we get to have annual camping jamborees. But there are some friends who think we’re ridiculous and point blank refuse to join in.

I have one extremely well-presented mate, who will not be more than 10 yards away from a power point for her shellac dryer, who has insinuated that I’ve got arrested development and should have stopped building “dens” by my 12th birthday. 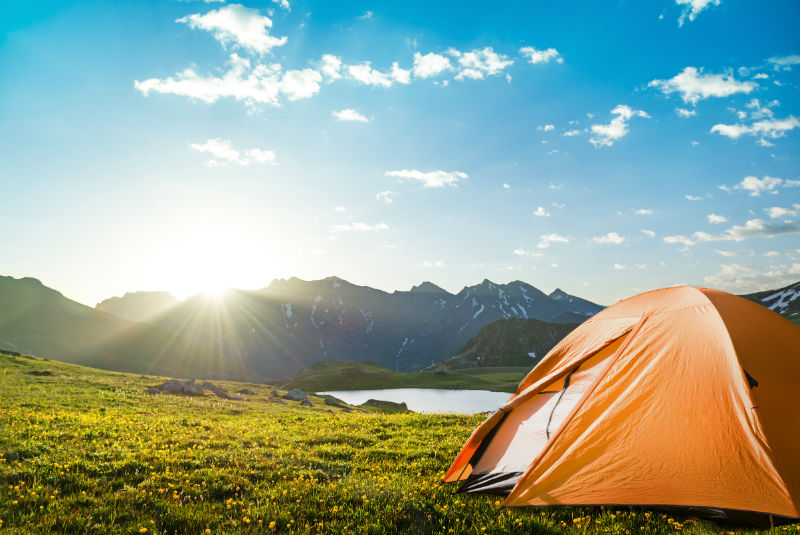 I have many vivid childhood memories of camping with my family. The one in Tenby when the tent blew away. The one in Dorset, when my mum forgot almost everything except her silk nightie and the fondue set. The one in the south of France when it rained every day and my once POW granddad dug a trench around our tent.

These experiences make me who I am, and my family fondly wheel out these anecdotes for amusement and bonding purposes at Christmas and family gatherings. You’ve got to make memories somehow. And much like surviving a disaster, camping demands grit. You can’t just turn up on a camping holiday, you’ve got to commit, prepare, and earn your fun.

I’ve had holidays in hotels and rental cottages but those holidays never move me in quite the same way. I’ve had holidays where all I have to pack is my bikini and factor 15. Where the most exhausting thing I have to do is decide what cocktail to have. I know that’s nice, but it just doesn’t evoke the same passion in me. I can’t remember the specifics of those holidays. I can’t even really remember what country I was in when I had them. Maybe being absent from any struggle means my brain shuts down.

You could argue that’s the point of a holiday. To shut down, relax and detach your mind for a bit. Sure, if you’ve been working hard, and feeling wrung out, then go for it. Do an all-inclusive veg by the pool. Stick your beloved brood in the kids club, and grab that book. Enjoy. But for some reason that just doesn’t really float my boat. 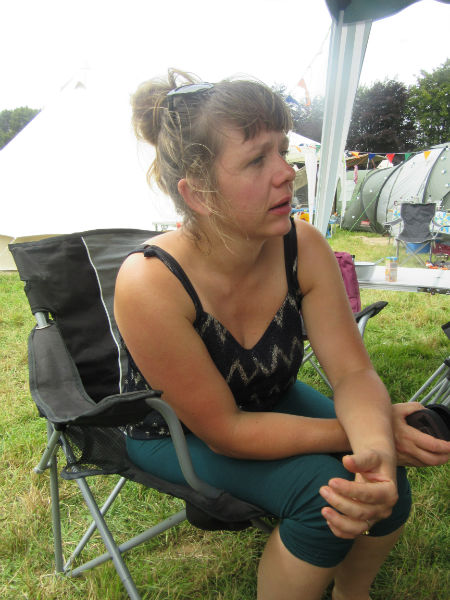 WHY IS CAMPING SO GOOD?

So, lets go through what’s great about a camping holiday. First off it’s cheap. You can splash out if you want to, though. Like most things, there is an expensive way to do it. You could glamp, and remortgage your house in pursuit of the best camping equipment (more about this later). But on a basic level camping is a budget holiday.

A week in a tent in the UK will likely only set you back about £200. You can have the best views, the kids can roam like a scamp from an Enid Blyton book and you can have non-stop wine and crisps. And if you’ve spent so little on your accommodation, you’re more inclined to treat yourself to the odd meal out and splurge on a donkey ride.

But I don’t even want to dine out. I like a campfire meal. I love to smell a campsite around teatime, the smell of barbecues and frying onions. That’s my favourite time of day, at dusk, when everyone’s started on the wine and lit their candles or gas lamps. That’s when I’ll have a walk around and discreetly look into their little camp havens. I love to ogle at their equipment and admire how cosy and efficient their camp is.

I must confess the equipment is a big part of the love for me. I can genuinely get very excited about a zip-up kitchen unit. And I know it’s the equipment that can break the non-believer. I can see the hood-eyed indifference when I show off a new sleeping bag or concertina colander. Fine. Your loss.

I realise it can be a big deal collecting all the stuff you need for regular camping adventures. But like all collections, you just have to start… and what better thing to start with than a yellow enamel cup?

It was this love of camping equipment that finally pushed me to jump up a gear and show my full devotion to camping and buy a campervan. (In geek speak a 1990 VW T25.) I know the purists won’t approve. Many believe sleeping under canvas is the ultimate practise. But, I must admit I had become defeated by airbeds and packing.

My fantasy was that if all your chairs, table, sleeping bags and kitchenware is in the vehicle that you sleep in, all you have to do is throw your kids in the back and go. Drive right up to the sea’s edge and get a brew on.

We bought it through a bloke called Ollie, a local campervan guru who I vaguely know through the kids’ swimming club. I had looked on eBay, but been flummoxed and scared to go into such uncharted waters. This was Ollie’s passion… sourcing VW vans over from hotter climes and getting them souped-up in Poland. I got to choose the interior and furnishings. Like Sylvanians for grown ups.

We’ve taken it to festivals and on weekend breaks, which has been fantastic and definitely cut prep time and “Tetris in the boot” stress. But the funny thing was we took it for our two-week holiday to France last summer, and, even though the kids slept in the pop-up roof, I ended up sleeping on an airbed in the tent pitched next to the van. I just couldn’t resist that cosy, under-canvas feel. Even when I heard the dawn chorus of nearby parents wrangling their toddlers to be quiet, I felt content and vaguely smug that I was making such earthy rustic life choices. 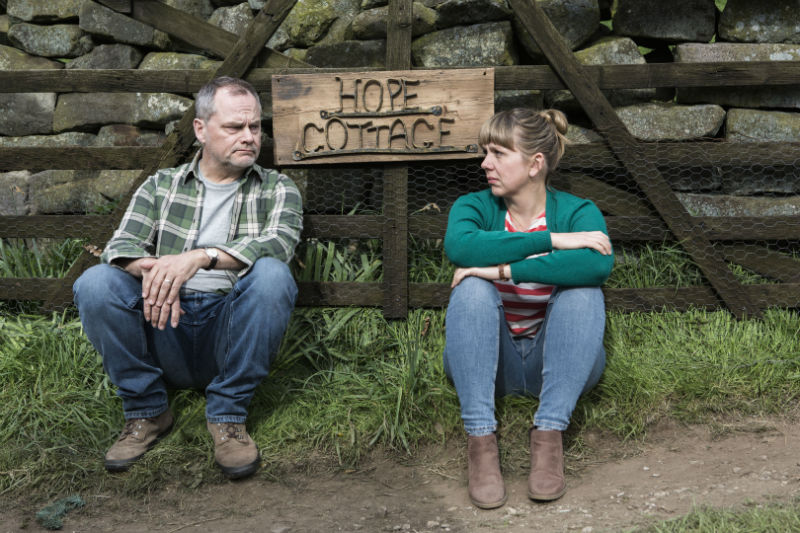