REVIEW: A camping stove that can charge your phone 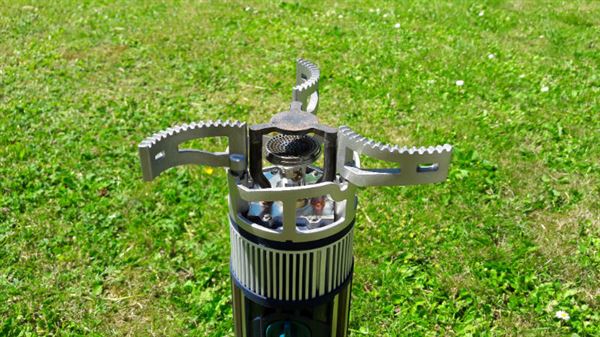 This intriguing camping stove is unique in its design and its capabilities.

For a start it looks different to most stoves you’ve seen before. It’s tall and cylindrical and has three legs, which you slide out from the body to form a tripod, on which it stands. Many butane cookers rely on you putting the stove onto a flat surface to provide stability - but when you place a pan of water to boil on the stove, it becomes top-heavy and unstable.

The Tegstove’s tripod overcomes this issue. You slide out its legs to form a wide base. Also, its three points of contact make it easier to place on an uneven surface. The stove uses standard 220g butane gas cartridges, which you can buy four for about £8 from an outdoor retailer. The Tegstove also has a clever feature that gently, and safely, warms the butane cartridge so you get a constant and steady pressure.

On full power, the stove boiled a pint of water in under five minutes, which would keep anyone who is gasping for a cuppa happy. But there is one major feature to the Tegstove, which makes it stand out, namely it has a built-in thermoelectric generator, or ‘TEG’. The TEG uses heat from the stove to generate electricity, which it stores in the on-board battery. That means you can charge your smartphone or GPS device when you are off-grid.

You connect your device to charge via a USB cable (provided), and you can pre-charge the Tegstove’s battery from the mains too.  The Tegstove is a cleverly engineered camping stove with many good, novel features. Being able to charge your smartphone or devices from it is useful, and it makes good use of the energy you use when cooking.

It’s perhaps too bulky to appeal to hikers, and probably won’t work for family campers who need two burners or more. But this stove will appeal to outdoor enthusiasts who base themselves in one place for a long time, who need their devices to hand but they are off-grid.  For example, anglers who don’t mind its weight and bulk, but who are off-grid by a lake or pond, need to cook and to keep their smartphone charged will love it. And it might appeal to people who don’t need to carry their gear on their backs for a long time, like bikers or canoeists. 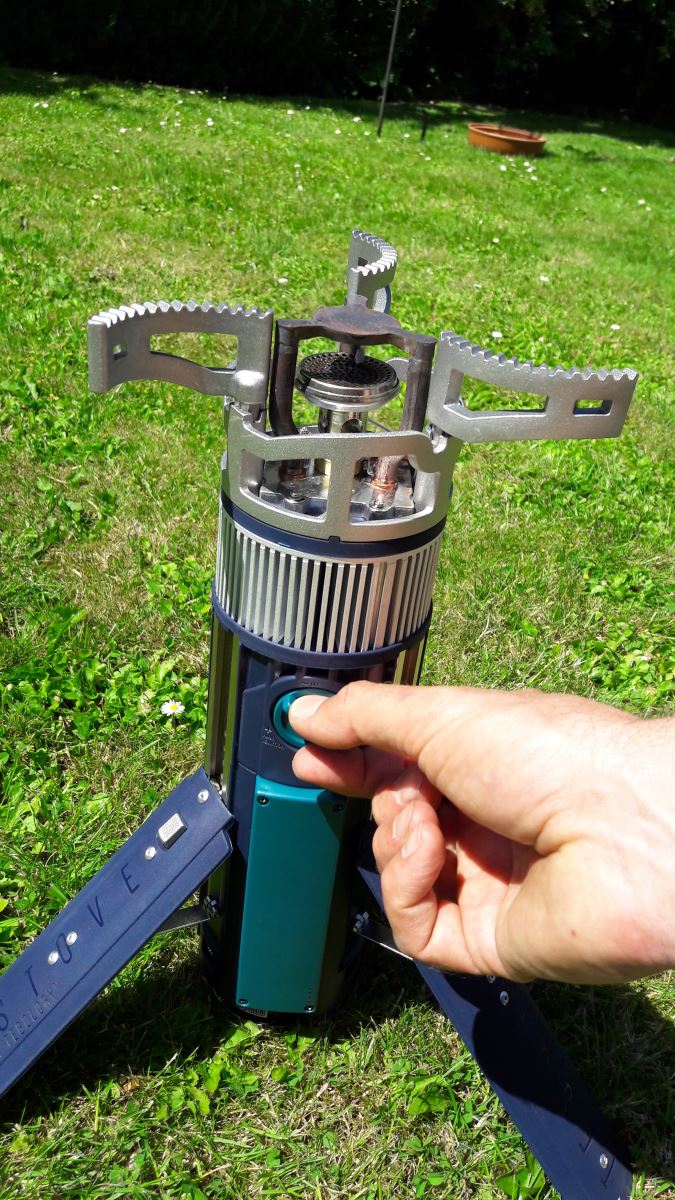 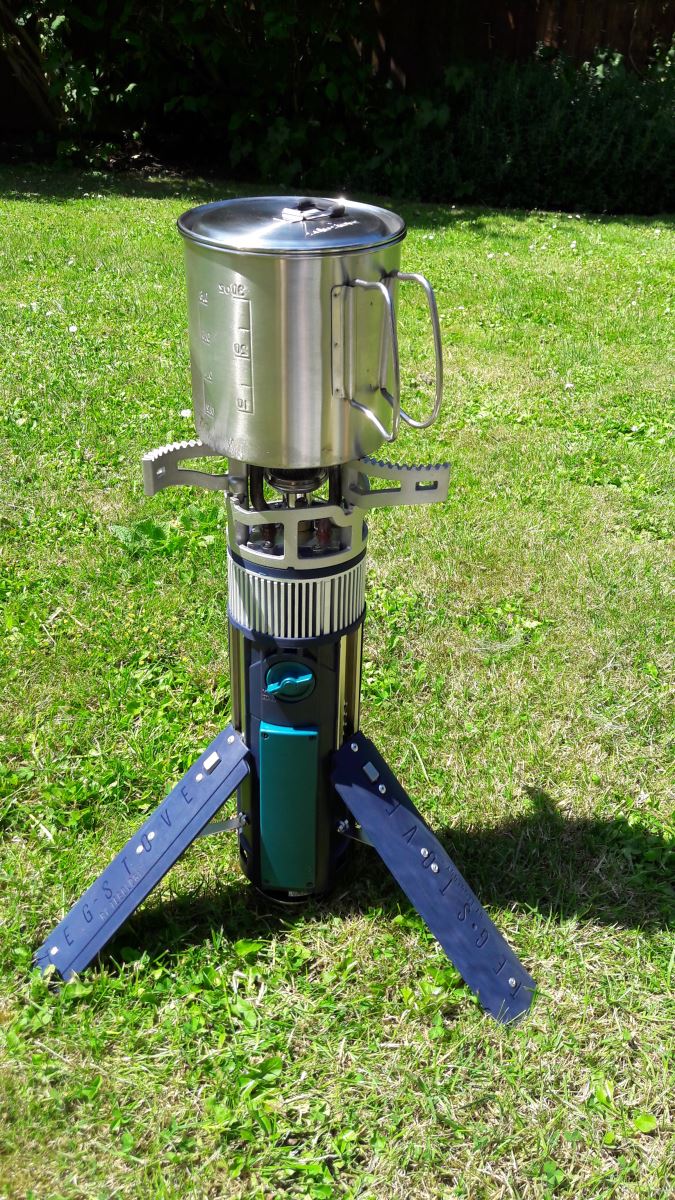 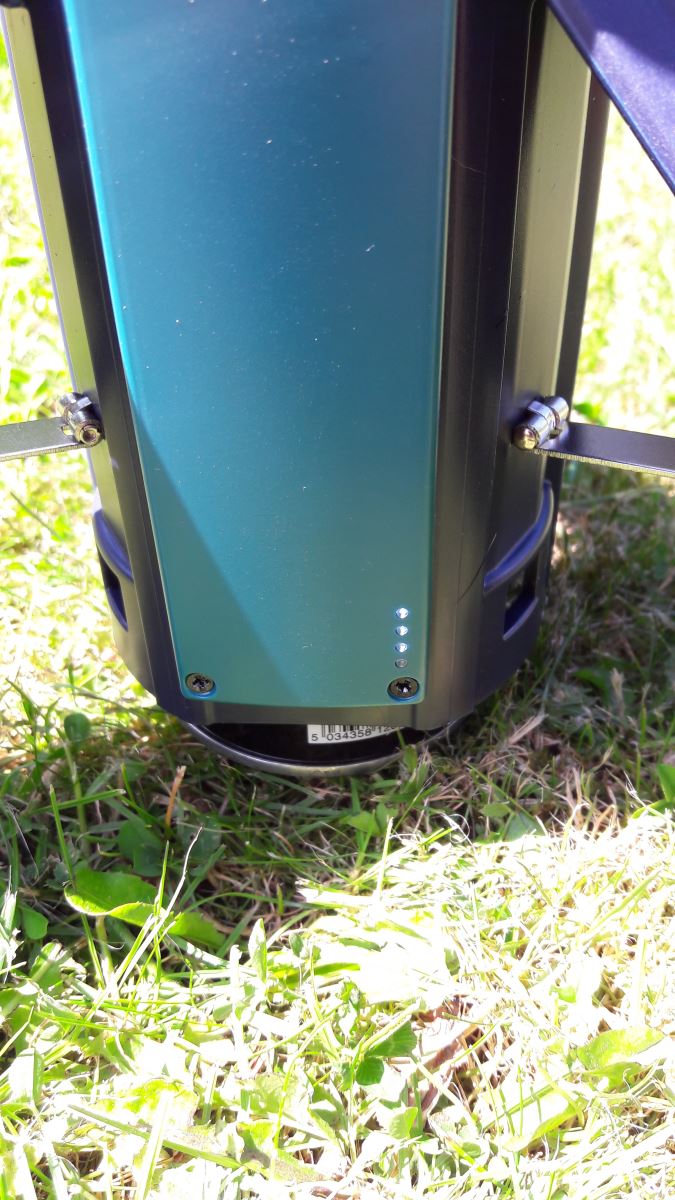 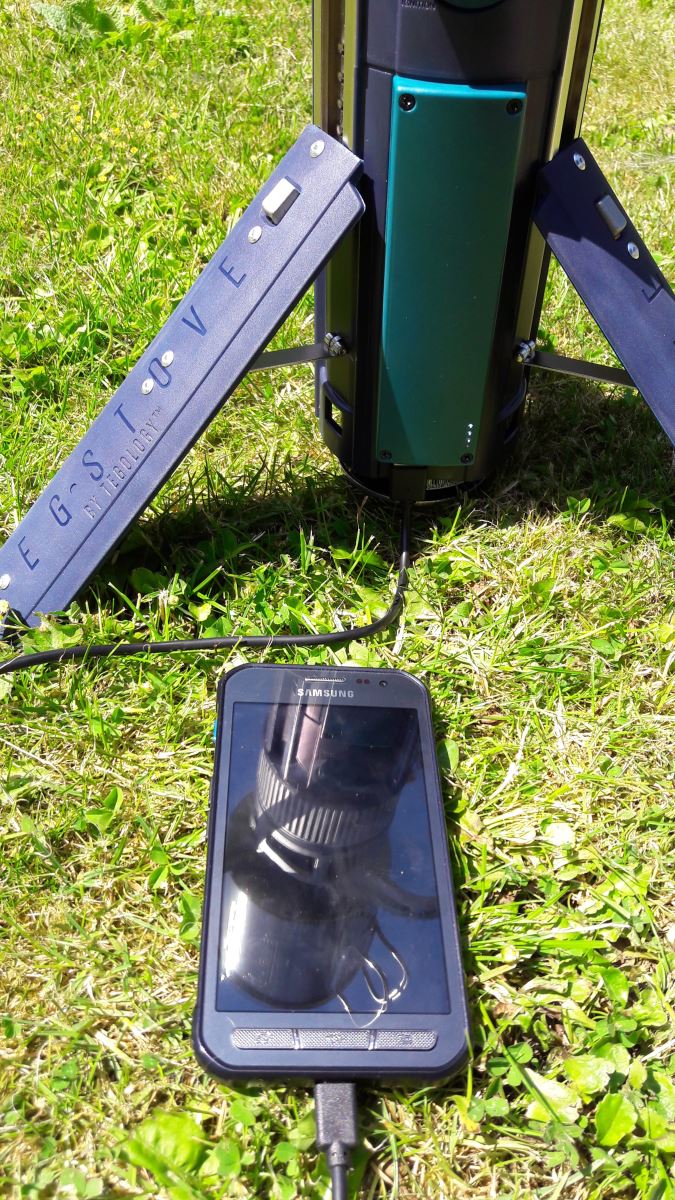