Is this the ultimate campsite restaurant? 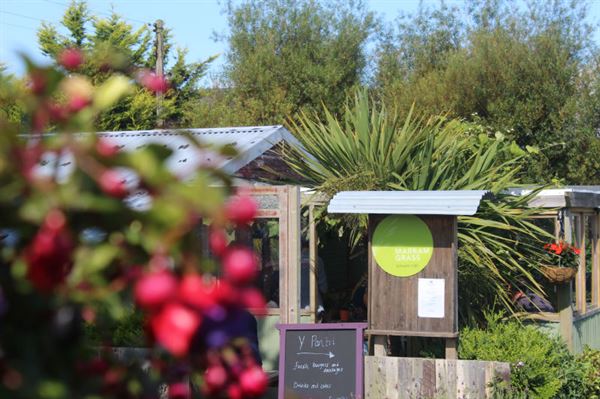 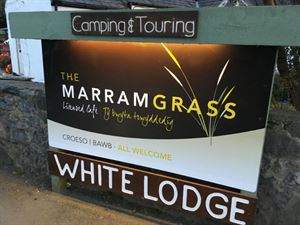 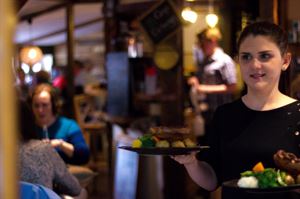 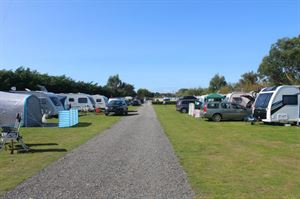 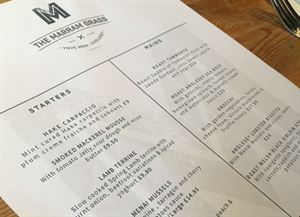 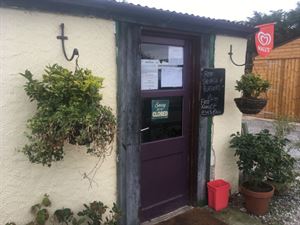 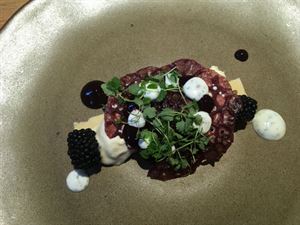 For most, their culinary ambitions don’t stretch much beyond all-day-breakfasts, pasties and chips. And while that’s fine up to a point, if you fancy something a little more refined, you’ll have to travel further afield to find it.

But at a site on Anglesey there’s a new breed of campsite bistro, where you can enjoy beautifully prepared, local-produced food in cosy and inviting surroundings. It’s become known as a place of “culinary pilgrimage”. And the beauty of it is that it’s just a couple of minutes’ walk from your tent or caravan.

The Marram Grass restaurant is housed in an old breeze-block shack with a tin roof at White Lodge Caravan Park near the seaside village of Newborough. The restaurant began life as a greasy spoon cafe, dishing up £1 frozen lasagnes from Tesco, supermarket burgers and the ubiquitous all-day brekkies. If the food was uninspiring, the surroundings weren’t much better, with the caff sharing its building with the campsite’s shower and toilet block. 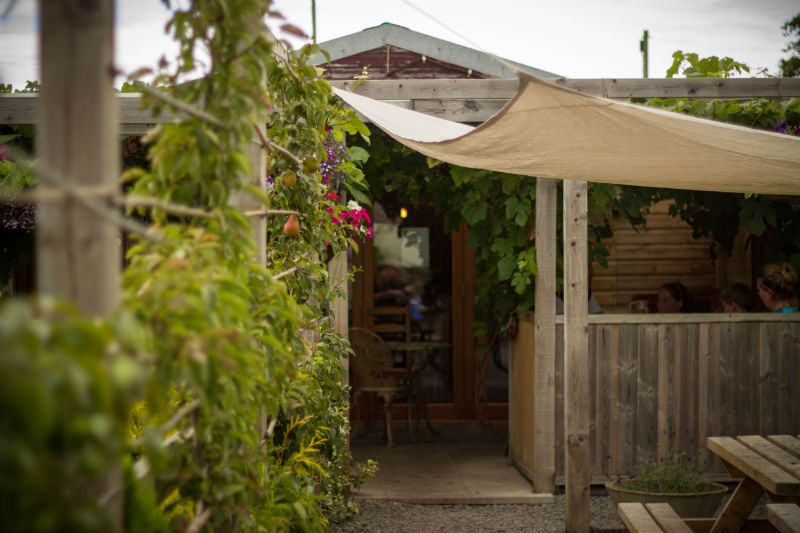 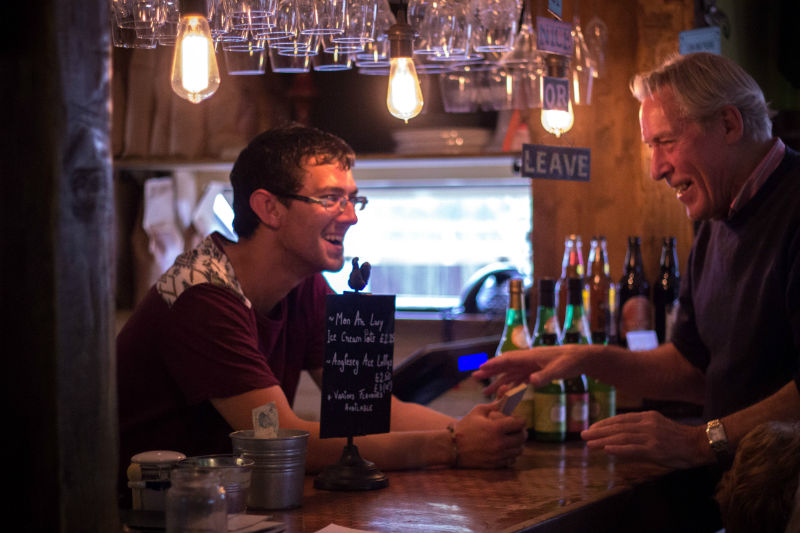 Chef Ellis Barrie and his brother Liam got involved when their parents moved from their native Liverpool to Anglesey to run the caravan park in 2009. Initially the brothers continued with the old menu, but as they took more and more control, they started using more locally produced ingredients and gradually the restaurant evolved into the gourmet experience of today. In 2011 it expanded into the old shower block, and the café was transformed into the Marram Grass, with Ellis ruling the tiny kitchen and Liam dealing with front of house. Since then it has won a string of culinary awards, made numerous TV appearances – including a visit from Terry Wogan – and in 2015, was awarded a much sought-after place in the food bible, the Good Food Guide. With his reputation burgeoning, Ellis appeared on the BBC’s Great British Menu in 2017, competing to represent the North West and in October he will be demonstrating his skills at the Motorhome and Caravan Show 2017 at the NEC.

Tucked away in the south-western corner of the North Wales island, the Marram Grass is well off the beaten track. From the outside it doesn’t look like much, but as soon as you step inside you begin to understand why it’s become so popular. It may be on a caravan site in a less than fashionable part of the world, but it certainly wouldn’t look out of place in a trendy London neighbourhood like Shoreditch. 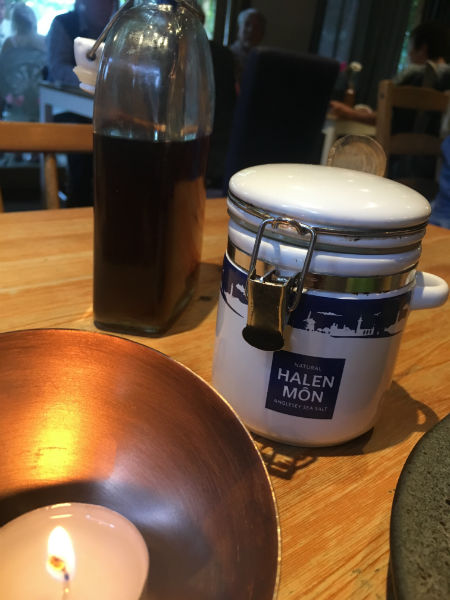 It’s rustic but welcoming, all delivered with a quirky sense of humour; wild flowers poke out of vintage bottles on every table, alongside pots of the local Halen Mon salt. The tables and chairs are a hotchpotch of different styles and gardening tools hang from the brightly coloured walls and wooden beams. In one corner, there’s a small wood-burning stove but the little place is so busy that you suspect it rarely needs to be fired up.

Securing a table here can be hard work, but during a weekend stay on the site we managed to get a booking for an early dinner. The evening before, we’d spotted someone in chef’s whites dodging across the A4080 with a freshly plucked leek in his hands. He’d evidently just harvested it from the kitchen garden across the road and was going to use it in a dish – produce really doesn’t get much more local or fresh than that.

In fact, as the super-friendly and helpful waiter pointed out, the ingredients used in the Marram Grass’s menu are almost all produced nearby, either in the local farms or from their own garden. The fish and seafood comes from the waters that you can see from the bottom of the campsite in the shadow of mighty Mount Snowdon. Another way of guaranteeing ultra-local produce is the “Crop Exchange” scheme, where locals exchange veg grown in their garden or allotment for a voucher to eat in the restaurant. As an enthusiastic (if not very successful) allotment gardener this appealed to me greatly. Although I’m not sure they’d find a lot of use for three tonnes of home grown potatoes and four spindly carrots. 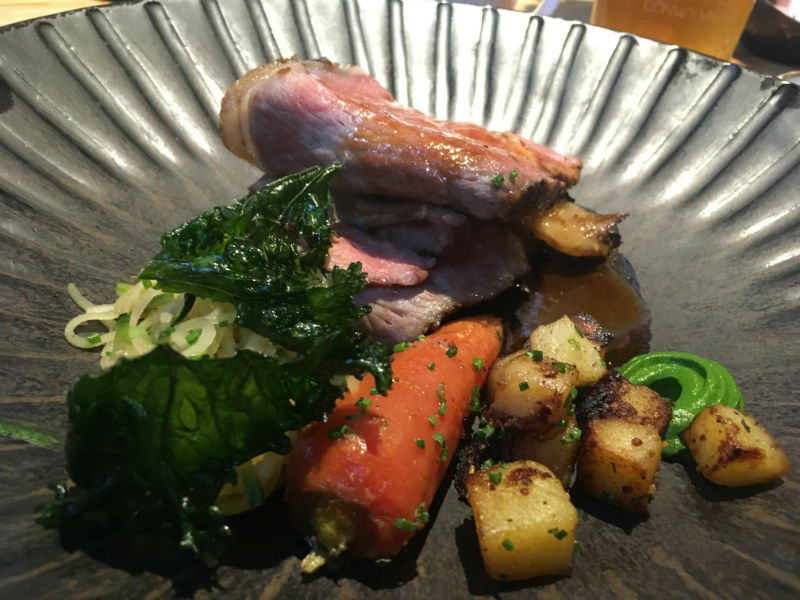 On the night of our visit, the ever-changing menu included starters of mint-cured hake carpaccio, smoked mackerel mousse, lamb terrine and Menai mussels. From the mains you could choose from roast Tamworth pork, Anglesey sea bass, gnocchi and lobster risotto. I chose roast Welsh black sirloin steak, served with courgette spaghetti, heritage carrots, raddish and potatoes roasted in duck fat. It was, I’m happy to report, absolutely delicious and a far cry from reheated supermarket pasta.

Children are made welcome, and although there’s no official kids’ menu, you can order half-portions from the main menu or choose from a small selection of child-friendly dishes. Predictably my two youngsters went for the fish and chips and wolfed it down in record time, declaring it “brilliant”. It also came with the best mushy peas I’ve ever tasted.

Of course, for campers all the benefits of this culinary loveliness would be lost if the site itself was a let-down. Thankfully that’s far from the case. White Lodge is well-maintained, friendly and enjoys stunning views over the Menai Straits to Snowdonia. Owners Christine and Kevin Barrie couldn’t be any more accommodating and have created a real Continental atmosphere to the place, possibly inspired by their own experiences of camping in France. 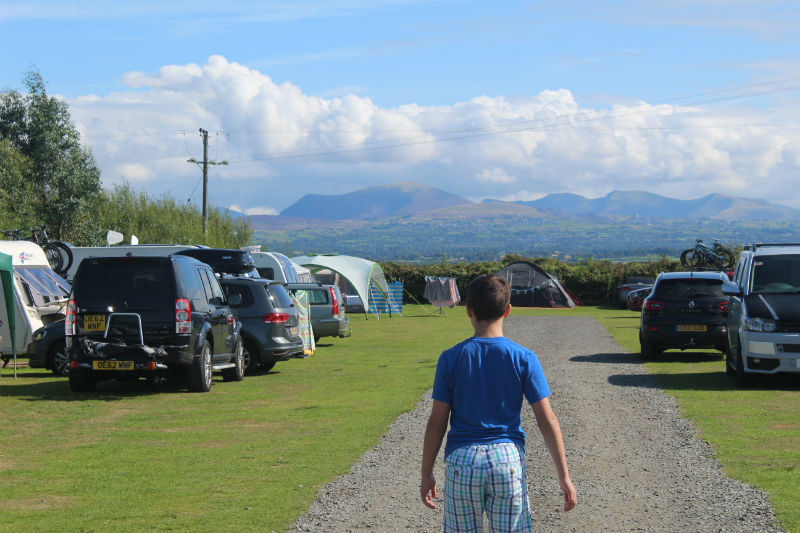 During our stay we enjoyed live music in the Potting Shed, a pop-up bar serving cocktails, local beers and a small selection of delicious-looking (and smelling) food. As darkness fell, there was a lovely atmosphere as campers and caravanners got together to shoot the breeze and enjoy the entertainment. 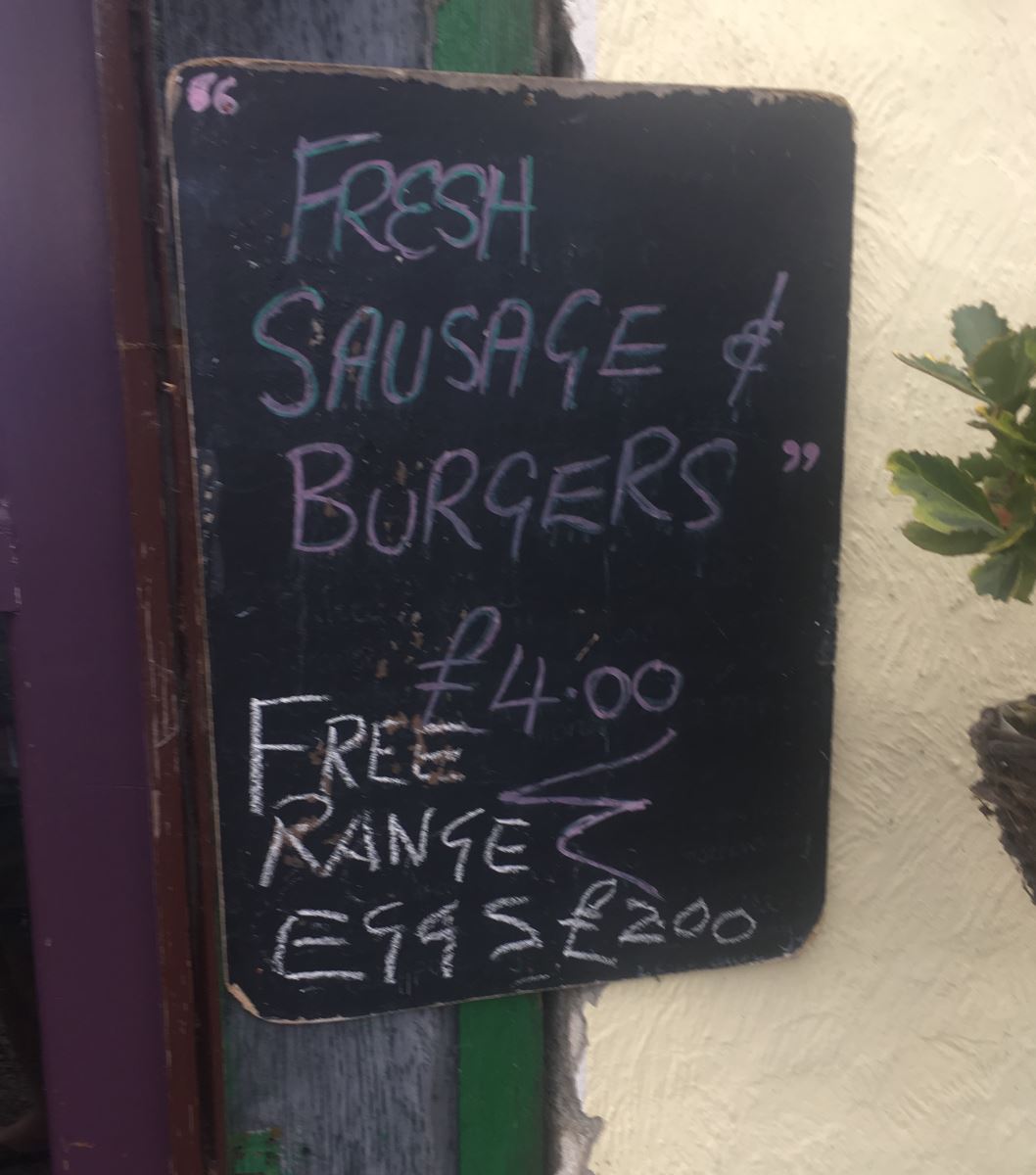 Elsewhere onsite, the shop sells fresh burgers and sausages for your barbecue and all manner of other North Wales goodies, as well as the usual campsite staples. For the kids there’s a small park and a table tennis table. The toilet and shower block was spotlessly clean, although clearly needs a freshening up; and it was good see notices on the wall informing us that the gents was due to follow the ladies’ block in undergoing a major refurbishment in time for the 2018 summer season.

There’s no doubt that the Barries have come up with the recipe for the perfect camping experience - and they've certainly come a long way from frozen £1 lasagnes.

• Ellis Barrie will be cooking from an Airstream trailer on the opening day of the Motorhome and Caravan Show 2017 at the NEC in Birmingham on 17 October. Visit the website for more information on tickets and dates. 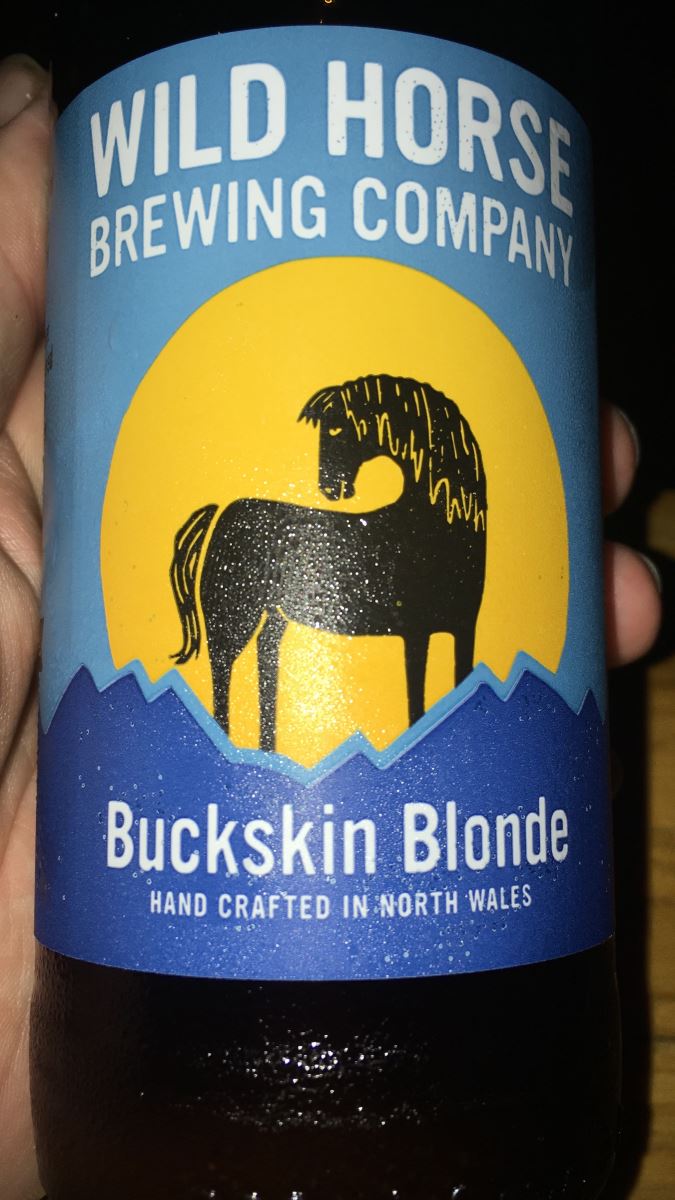 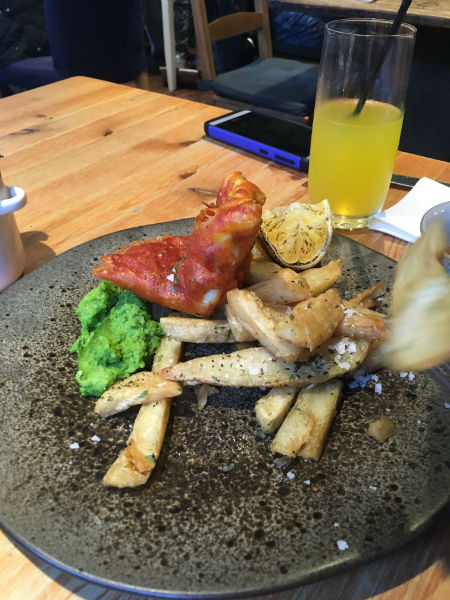 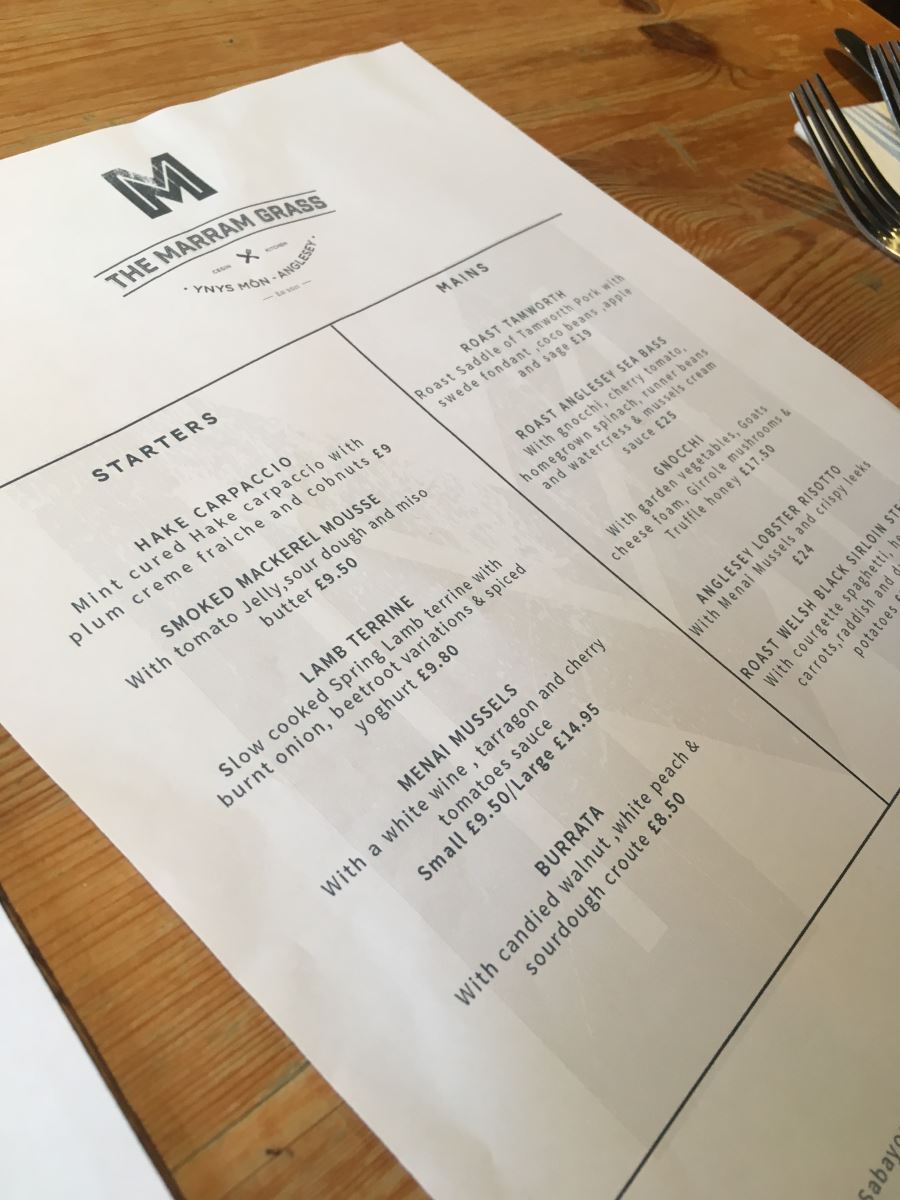