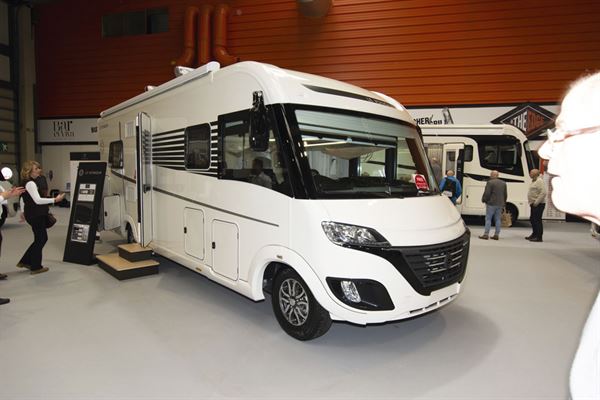 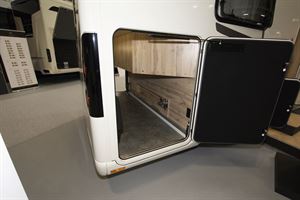 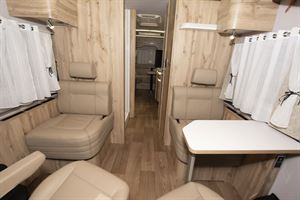 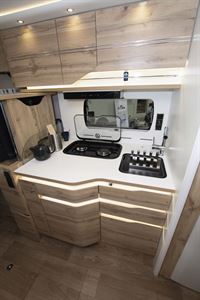 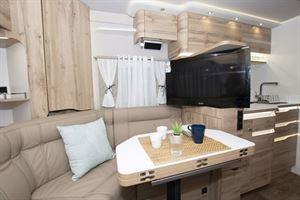 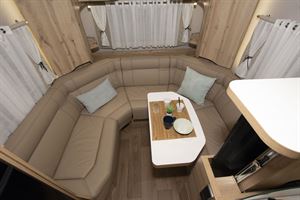 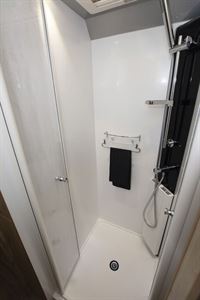 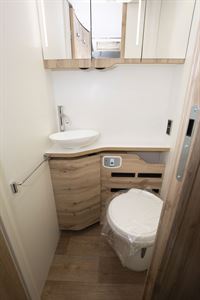 It’s arguable that there’s rarely anything new in the motorhome industry, instead that, like the fashion world, design is cyclical. You could certainly make the case for rear lounge A-classes, which appear to be on the rise again after almost becoming extinct.

The latest brand to launch an end lounge layout in this premium part of the market is Le Voyageur, but those with long memories (and very long-term interest in motorhomes) might recall a previous model from the company’s parent marque. The Pilote R800S is a model that the What Motorhome Editor will never forget as he took one from London to Prague back in 1990, long before trips to eastern Europe were en vogue.

That old Pilote and this brand-new Le Voyageur share a format that includes both a wrap-around rear lounge and a forward seating area with four individual travel seats, which makes a neat second lounge, too. Beyond that, of course, the latest LV7.8LU takes its own course, not least because this is a high-end A-class sitting well above the products of Pilote. The show model with a plethora of sophisticated options, including a pricey lithium battery system, had a retail price of over £126,000.

Even the lounge in the tail end has a look of its own. Not for this chic Gallic model the usual side-facing settees but instead angled seating that resembles half an octagon. The fold-in-half dining table reflects that design, too, while the deep shelf under the rear window hints at the hidden garage space beneath. There are corner wardrobes as well (complete with slide-out hanging rails), which give the lounge a more secluded, private feel and a 32in TV (part of a £4,500 pack) glides away into a locker between the settee and the galley.

Ultimately, though, it’s the top-notch seating comfort and equally impressive finish of the leather upholstery (another option at £2,784) that win the day here.

Up front the cab chairs rotate to face separate rear passenger seats, each with an automotive-style headrest. There are twin tables here, too, plus reading lights and USB ports on both sides. Up above, the drop-down double bed is manually operated and measures 1.87m by 1.36m – or, as another optional extra, you can have the electric Duo Bed in which you’ll sleep lengthways for easier access. A clever sliding mirror and storage unit are used to shut off the cab/bedroom.

The central kitchen has plenty of worktop and loads and loads of practical slide-out storage, including two bins and room for eight wine bottles. The deep sink has a drying rack on the reverse of its lid, while the domestic-style cooker hood includes a digital clock. Opposite is a 160-litre fridge/freezer.

The shower cubicle is very large and has plenty of headroom, while the toilet room facing it has plenty of cupboard space. There’s more locker capacity in the double floor, plus the garage of course. The latter suffers some intrusion from the lounge above but has interior headroom of between 0.74m and 1.18m, as well as LED lighting across the full width of the vehicle.

The Alde heating system not only includes the usual radiators but also a heat exchanger, while the Lithium Pack adds a 160Ah lithium iron phosphate battery, 1,800W inverter and a 175W solar panel.

Then there are TV packs, a Media Pack and Energy packs to consider – or go the whole nine yards with the Comfort Plus Pack which features two TVs, the lithium battery, habitation air-conditioning and lots more to create the ultimate spec.