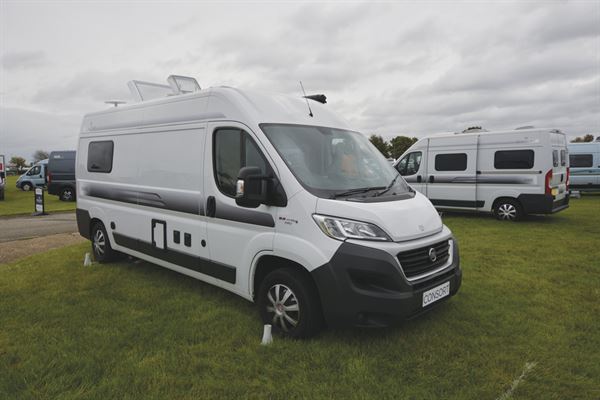 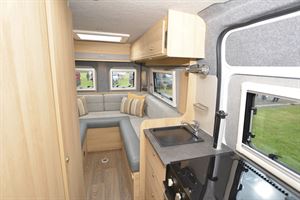 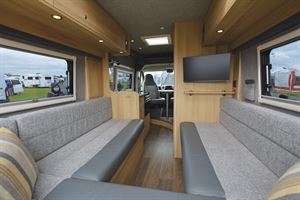 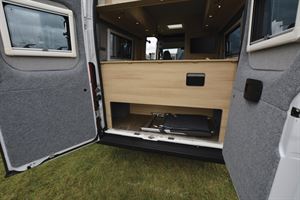 Now you can find all motorhome and campervan reviews published in What Motorhome magazine, dating right back to February 2012. Sign up to our new digital content archive, and you can search for any review, by model or manufacturer.

Just type the name of the brand into the search bar below - for example, Consort - and you'll see every review featuring the company's models.

The story is a familiar one; keen campervan enthusiasts build their own campervan and start a business doing the same.

Scot and Jane Naylor already had a passion for the lifestyle when they formed Vantage Motorhomes in 2007 but, nearly a decade later, with the brand well established, they received – and accepted – an offer to sell the business.

Of course, Vantage continues under that new ownership to this day.

However, after three years and 120,000 miles touring around Europe (with a particular emphasis on wintering in the Canaries), Scot and Jane wanted a new camper and the story takes an unusual twist in that they’ve returned to motorhome manufacturing.

Once again, the couple are specialising on the sector they know – two-berth Fiat Ducato van conversions – and the new company is, like its forebear, based in Leeds. From there, Consort Motorhomes builds and retails a range of six rear lounge layouts, using the medium-wheelbase, long or extra-long panel vans.

We caught up with Scot at the Motorhome & Campervan Show Season Finale at Lincoln, where Consort was displaying its Wave model… or is it a Reef? Let’s explain.

On each of the three lengths of Ducato van, Consort offers a choice of straight settees in the rear (retaining walk-through access via the back doors) or a U-shaped lounge.

When returning to the market, Scot believed that separate sofas had come to dominate, with buyers comparing the Elddis Autoquest CV20 and Swift Select 122 models primarily – so the Wave was created on the 5.99m van.

However, once he was back in business and dealing face to face with customers, Scot realised that most potential purchasers wanted a boot area for their outdoor chairs and barbecue – and thus the Reef followed.

The show vehicle seen here is badged Wave but is more closely related to the production Reef as it has the wrap-around seating with a generous boot area below, accessed through the back doors (and with automatic illumination as you open them).

So, think of this as a prototype, but also a good example of what a Consort campervan looks like. Crucially, Scot says that, although the popular rear lounge format is retained, he started afresh when designing the new range.

There’s also a new emphasis on cost as he believes prices of campervans have spiralled in the period he was away from manufacturing. As a result, Consort prices start at £45,950 for a medium-wheelbase Vibe and he stresses that “you only pay for what you want.”

However, if you want all the toys, features like alloy wheels, an awning, sat-nav, leather upholstery, Remis cab blinds, TV and sound bar, inverter and even lithium

batteries are all available from the options list. There are no pricey packs, though – everything is priced individually.

On the habitation side, standard features include two 95Ah leisure batteries and a refillable 25-litre underslung gas tank, emphasising its creator’s preference for off-grid camping. You’ll also find gas/electric Truma Combi heating, insulated fresh and waste water tanks (to which heaters can be added), a TV aerial, electric step and Polyvision flush-fit double-glazed windows. There’s no solar panel as standard but up to three can be fitted on the roof of this 6m ’van!

The Wave’s kitchen comes with a Thetford Triplex cooker (featuring three gas burners and a combined oven/grill), a pull-up tower of three mains sockets and worktop flaps at either end of the galley to increase working space.

However, importantly, the flap at the rear is hinged from the wall, rather than the end of the galley, as the latter would compromise bed length. Next to the sink, this area is ideal for use of the draining board and plate drying rack.

Storage has been carefully planned, too, and shows real experience of using a campervan.

There are three drawers beneath the sink; the top one is for cutlery, the second is compartmentalised for plates and bowls and the third is for pots and pans. Under the oven is an even larger pantry drawer for cereal packets, bread, etc.

Then, on the opposite side of the vehicle, behind the driver’s seat is the fridge, a 90-litre compressor model mounted conveniently at waist height (with the wardrobe, fitted with a hanging rail or shelves, below).

Up front, both cab seats swivel and a small round table makes this an ideal place to take breakfast, perhaps while the rear lounge is still in bedroom mode – either 1.90m single beds or a 1.90m by 1.85m king-sized double (Consort’s figures quoted here).

When used as a lounge, you’ll appreciate the tall backrests that increase comfort and, cleverly, these split so that one and a half cushions fill in the centre to make the double bed.

There’s also an upright panel across the rear doors, so the backrests here don’t fall out when they’re opened. The barn doors themselves are fully trimmed, so no bare metal is on show, and a draught excluder panel (superior to the previous press-studded design) covers the join between the two.

The rear lounge also has soft lighting under the top lockers and corner reading lights and there are little elasticated pockets on the walls as well as twin USBs in each corner. There are more USBs in the cab seat bases, dashboard, kitchen power dock and by the TV (two in each location), so Inspector Gadget will be happy here.

If there’s one aspect that could benefit from all this attention to detail, it’s the washroom and, sure enough, it’s on Scot’s radar. Consort will develop its own tip-up basin to replace this rather dated design, which sits above a bench-type cassette toilet.

In the meantime, the Wave and Reef show that not all rear lounge campervans are quite as samey as they might first appear. This is definitely a new brand that’s worth seeking out.

The Consort range has been developed by Scot Naylor who previously founded Vantage Motorhomes in 2007. Once again, the theme is rear lounge, two-berth campervans based on the Fiat Ducato but there are some neat new ideas and plenty of practical touches from Scot, who practises what he preaches and is a keen campervanner.

The Consort line-up consists of Vibe and Kite models on the MWB 5.41m van, Wave and Reef at 5.99m long, and the 6.36m Peak and Oslo. So far, the Reef and Oslo (both with a U-shaped rear lounge) are proving the most popular.