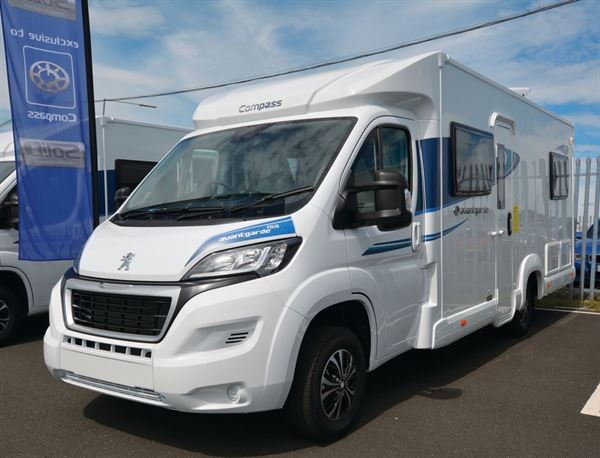 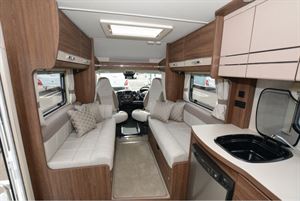 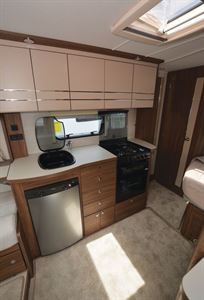 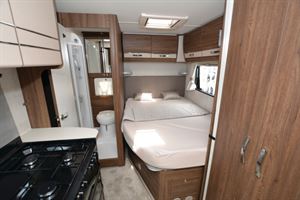 With the twin turmoils of Brexit and Covid, the majority of motorhome makers were modest in their new model launches this season. And so it was at the UK arm of Erwin Hymer Group, better known as twin brands, Compass and Elddis.

The only newcomer in the whole Compass motorhome range for 2022 is the Avantgarde 155 (mirrored by the Elddis Autoquest 155), and this isn’t so much a new model as one that’s had a facelift – or rather a period of time on the rack. It’s grown from 7.02m long to 7.34m, taking it to the same length as all of its sister models (except the little sub-six-metre 115).

For planning at EHG’s Consett factory, that makes life easier, as the old 155 was the only model on an L2 chassis, but for the customer there is no longer a size advantage in opting for this French bed layout over a single bed model (185 and 194) or an island bed (150).

The latest Avantgarde isn’t just bigger (and heavier, with loss of some payload), it gets a few tweaks inside and out. There are new graphics, a new upholstery called Marrakech, and an improved control panel for the Whale heating system. On the Peugeot Boxer base vehicle, automatic lights and wipers are now standard, while the (previously optional, at least in theory) Lux Pack (cab air-conditioning, cruise control, and passenger airbag) is also now included in the base price of just under £52k.

Avantgarde 155 has a rear French bed on the nearside with the washroom adjacent – a floorplan that is seen in relatively few motorhome ranges these days.

Where the new model benefits compared with its predecessor is in the kitchen, which now looks very generously proportioned. In fact, it’s 1.76m long from end to end. In that space, the galley incorporates a three-burner hob, a separate oven and grill, and plenty of countertop. The fridge remains a modest 95-litre model with removable freezer section and push-button ignition for the gas function. Up above, the tall top lockers include plate and cup racks.

Up front, the Avantgarde differs from its Swift Edge rival in having a pair of side settees (slightly longer on the offside). In common with other Compass models, these hide a couple of foldaway Aguti travel seats, so that the 155 can act as a genuine four-berth. The lounge makes one bed, but the main double is in the stern and measures 1.93m by 1.38m. Bettering some French bed designs, the cut-off on the corner of the bed is not too severe, while storage below looks generous (just watch that you don’t damage the vulnerable water pump). The bedroom also benefits from reading lights, corner shelves, a headboard and a TV bracket at the foot. A concertina screen closes off the bed area, if required.

Alongside, the washroom doesn’t get a separate shower area but at least it has bifold doors instead of a clingy curtain. The tip-up washbasin holds water, too, unlike some backless designs.

So, here’s a classic layout in a popular range. It’s now quite large for a French bed model, though, so consider carefully whether this or the island bed 150 would suit you better.