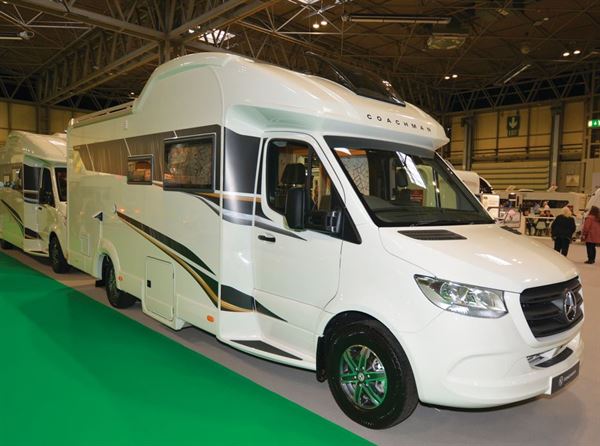 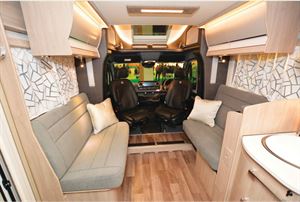 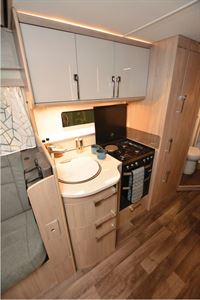 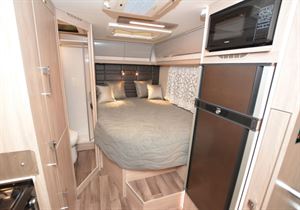 British caravan manufacturers, Elddis and Swift, each launched into the motorhome market in the mid-80s, around the time that Coachman built its first caravan. That other big brand in tourers, Bailey, joined the motorised fraternity in 2011 and now we have Coachman completing the set, with the launch of its first motorhome, the Travel Master.

This is a British brand, but not a British-built motorhome, because it comes from Coachman’s new owner, Kabe, in Sweden. It is also unlike anything from the big UK makers, because it’s based on a Mercedes Al-Ko chassis and, with prices north of £100k, it sits above motorhomes such as the Auto-Trail Frontier and Swift Kon-tiki.

Externally, this new model appears closely related to Kabe’s Royal but, inside, the Travel Master is completely different – and, naturally, the habitation door is on the UK side. What it does inherit from its parent company, of course, is a level of construction and heating designed for even Scandinavian winters. Walls and roof are of aluminium with an EcoPrim insulated core, while aluminium is also used for the internal walls to improve heat distribution. A ventilated wall covering is said to eliminate condensation and overhead cupboards are designed to increase airflow around the vehicle.

There are three models from the launch, including the twin bed and island bed layouts that you’d expect – each in an overall length of 8.06m. A little more modestly sized is this French bed model, but all three are wider than their rivals.

They come, as standard, on a 4,500kg chassis, too, so payloads are more than adequate. These won’t even be eroded by optional extras, as virtually the only factory option is a Thule awning. That’s worth noting when comparing prices, because the Travel Master includes Merc’s 170bhp engine and nine-speed automatic gearbox, plus the 10.25in MBUX display and sat-nav. Alloy wheels are standard, while the habitation spec includes a 140W solar panel.

Inside, this Travel Master 560 feels especially open and spacious, with a generous front lounge that includes the cab seats (up a step). The free-standing dining table stores away in a cupboard next to the fridge and there’s an opening overcab sunroof (albeit not the largest of its type). What’s really clever, though, is the way the offside sofa rotates to become a double passenger seat – much less fiddly than hidden foldaway chairs and with no leftover cushions to store.

The interior is warmed by Alde’s wet central heating but there’s also an underfloor heating system. But the Travel Master isn’t just for Swiss skiing trips; roof-mounted air-conditioning is there for the Iberian summers, too.

Above the lounge, all Travel Masters come with an electric drop-down bed, which disappears flush into the ceiling.

The main bed is at the rear nearside and measures 1.98m by 1.40m. The bed’s base is hinged and rises on gas struts to reveal a services area underneath the foot, then a deeper storage space (accessible from outside) with headroom of 750mm thanks to a dropped floor level. A large step at the end of the mattress makes for easier access.

The washroom and kitchen

Alongside the bed, a sliding door leads into the washroom, complete with separate shower and plentiful worktop around the basin.

Forward of this area, the kitchen lives up to UK expectations, with a full cooker including a mains hotplate as well as a separate oven and grill. There’s even a fitted microwave above the 177-litre fridge/freezer. Clearly, the Coachman competes at the very top of the low-profile sector, with a unique Anglo-Scandi style.