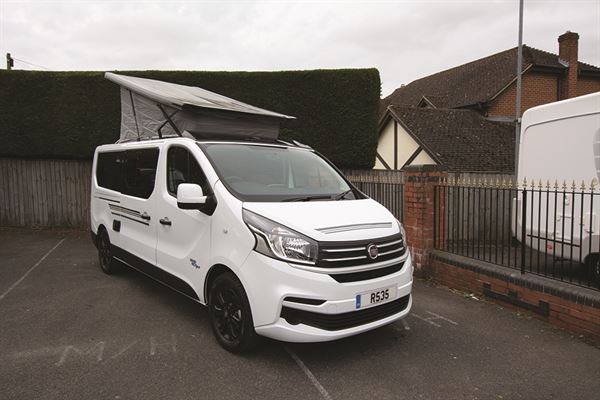 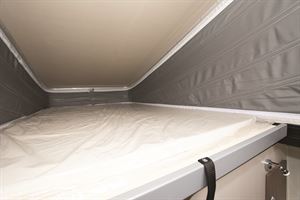 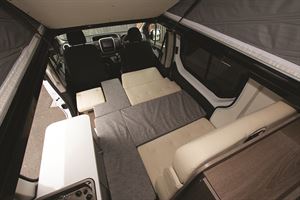 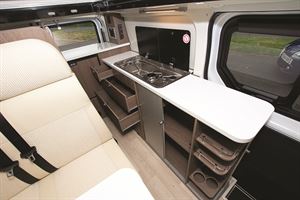 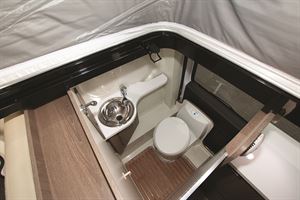 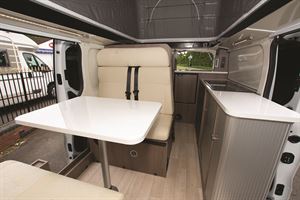 Randger is a new brand from France, manufactured in the Dordogne under the auspices of the Trigano Group (which includes Adria, Auto-Sleepers, Auto-Trail, Benimar, Chausson, Marquis, Mobilvetta, Rimor, Roller Team and more). Certainly, it comes with plenty of knowhow behind it, not least as its sister marque (Font Vendôme – yes, owned by Trigano, too, but not sold here) has been building campervans since 1978.

What about the base vehicle, then? Well, look again at the images. Does it appear familiar? It should, because the Talento is yet another motor industry joint venture in the world of light commercial vehicles. You’ve already seen this van as a Renault Trafic, a Vauxhall Vivaro and a Nissan NV300. The Fiat is even built at Renault’s Sandouville plant and it comes with a range of Renault engines (a 125bhp twin-turbo 1.6-litre diesel here). We reckon the Fiat grille suits it rather well, though. And those with long and very good memories of the motorhome world might also remember the last time Fiat used the name Talento – on an ultra-short-wheelbase first-generation Ducato (onto which Hymer built some rather unbalanced-looking overcab coachbuilts).

But, back to the Randger. And more specifically the R535, for there’s also a much more conventional side kitchen, short-wheelbase model (R499) in the range – see our sister magazine, MMM, for a full road test this month. This longer campervan (it’s the first prototype that you see here) is still under five-and-a-half metres long but boasts a very unusual layout, featuring a pullman-style lounge, as well as a toilet/shower room at the rear and a very generous kitchen. All in something that drives like a car and is only two metres tall (with the roof down). It’s definitely an ambitious concept, but have they pulled it off?

That pullman seating is something more coachbuilt than campervan in style – albeit shrunk down in size – and it does mean that you don’t have to fiddle about swivelling cab seats as soon as you pull up on your pitch. There are two three-point seatbelts on the forward-facing bench but the squab cushions on both benches are quite short. The rear-facing seat is also too narrow for a pair of adult backsides, but, as this is more of a 2+2 camper and there’s also an extra backless jump seat by the nearside sliding door, it’s not a big issue.

You’ll access the ’van through that pavement-side door but the Randger also comes with a second sliding door. A ledge at floor level here would make entry/egress a bit awkward but it could be used in emergencies and, more importantly, it can give a ‘sitting outside’ feel while you’re still dining inside. Or you can eat outside as the pedestal table comes with a portable tripod base. There’s no storage location for the tabletop, though.

If the dinette is the most unusual feature, the kitchen is the star. It has masses of worktop – those downsizing from a big motorhome will probably actually be gaining in this department. It has practical tambour doors for the cupboards, plus two large drawers (and a smaller cutlery drawer, too). And at the end of the long stretch of galley, in front of the tailgate, it turns L-shaped to accommodate an Isotherm compressor fridge. At the forward end, there’s a recess for four bottles, too.

All the furniture feels very well finished, backing up the years of expertise of Font Vendôme, while the automotive-style trim panels on the side walls are another indication of the investment here in producing a top-quality camper. Even with that experience, though, squeezing a washroom into a campervan this small takes some doing. But, for those seeking full facilities in a pop-top ’van, there are some real benefits.

There’s plenty of room to actually use the swivel cassette loo, the bathroom has its own blown-air outlet, and the washbasin’s tap doubles up as a shower, too. You’d have to sit down to shower, though, and, if you stand to use the other facilities, you’ll not have to be too precious about privacy – the bathroom walls finish at chest height and there’s nothing to fill the gap when you lift the rising roof. Any walls here would have to fold when the roof came down, so a curtain arrangement might be the only practical solution.

That roof is a good one. Its sides concertina down as you lower it, so you don’t have to fret about catching the canvas and damaging it. Then, to secure it, there are no fiddly straps, just a couple of sturdy metal catches. There’s a bed in the top as standard, too. A huge 2.00m by 1.20m double, with a ladder provided to ease access. Kids will love it, but with a mattress that’s only 35mm thick sitting on a solid base, adults will probably find it too firm. That means a rather convoluted system of converting the dinette into a bed – resultant size 1.85m by 1.31m.

First both cab seats need to slide forward, then the rear-facing bench’s backrest folds flat. Next, two metal bars slot in to support the table between the twin benches. Two more supports (pull-outs this time) extend into the gangway and a large bed board (which stores in the wardrobe) goes along the nearside. Finally, three infill cushions need to be added. So, it’s all a bit complex, but the finished bed is flat and comfy enough.

The question is, where do you keep the extra cushions? In the bathroom while you travel, then in the cab when you park up? Certainly not under the bench seats – one of which houses the fresh water tank, while the other is filled by the diesel-fired Combi boiler.

And that leaves you wondering where you’re going to store bedding and clothes… hopefully, something that can be addressed before production of UK models starts in earnest. If that conundrum can be solved, the Randger is a high-spec campervan (blown-air heating, sat-nav, alloys, etc, all as standard) at a great price (just £43,995).