Here's a campervan that's exciting, boasting not one but two large drop-down double beds - one of which converts from a generous and stylish u-shaped rear lounge. A classy model, indeed. 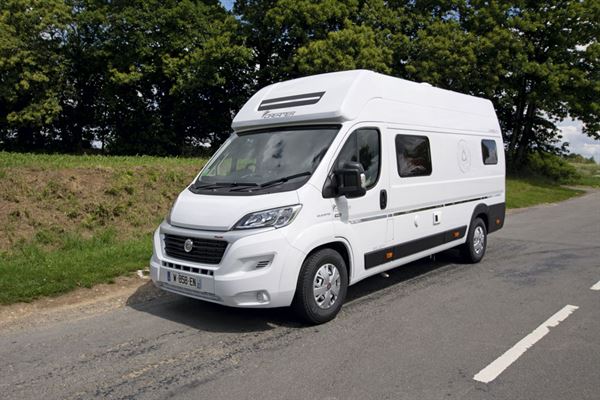 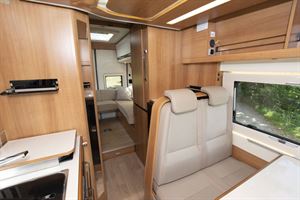 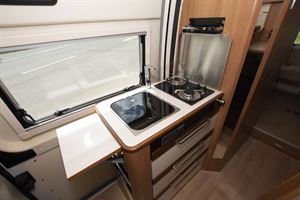 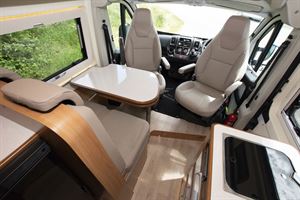 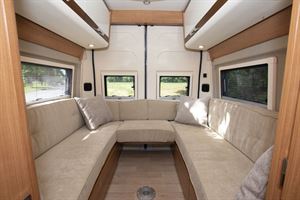 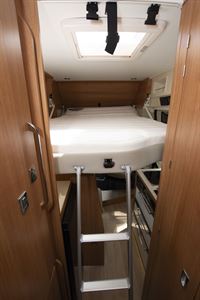 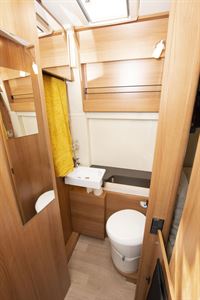 Here’s perhaps the most important addition to an innovative and exciting range of van conversions from this Rapido Group campervan specialist brand. It’s a true four-berth with a rear lounge, as well as a front dinette, but – unique in its class – is the adult-sized drop-down double bed up front that’s vastly superior to the usual jigsaw-like conversion of seats into a bed.

Basis is the extra-long, extra-high (L4 H3) Fiat Ducato and Dreamer jumps straight to the latest 140bhp Euro 6d motor for its more upmarket Select range (which includes the Living Van). There are more new features if you opt for the Safety Pack, which adds an automatic emergency braking system, lane departure warning, auto-dipping headlights, traffic sign recognition and automatic lights and wipers.

Above the forward lounge, with its conventional half-dinette, is the drop-down bed. It runs lengthways, easing access without disturbing your partner, especially as you sleep with heads at the cab end where the mattress slopes up slightly. There’s a ladder to climb, but the bed is supremely comfy – even the heating controls are positioned to allow you to flick on the hot water while waking up.

At the opposite end of the Living Van is a surprisingly generous lounge, with a large Remis sunroof above, rear speakers, USBs, touch-operated reading lights in every corner, stylish gloss white cabinets, fully moulded rear door trims and even remote controls for the radio (as part of the essential Comfort + Pack that also includes the cab air-conditioning, etc. With sofas that are each 1.63m long and four big scatter cushions, it’s an inviting area in which to put your feet up. You can arrange the seats as a full U-shape or two side settees to retain the walk through. And the lounge makes into the second double bed.

Another major selling point is the use of Rapido’s clever, patented Modul’Space wardrobe/washroom arrangement. First shown (to much acclaim) in the Rapido Van V55 and since adopted by several Dreamer models, this novel design makes use of the shower space when you’re not actually showering by doubling up as a wardrobe.

The clothes hanging area is fully self-contained and it simply rotates through 180 degrees when you need to hose yourself down. It even has two doors, so your fresh shirt can be grabbed as you come out of the shower. It’s a clever system and one that allows a separate shower to be featured in a van conversion (with two lounges and four berths, too, don’t forget). It’s not a huge shower, of course, but it is big enough.

The toilet cubicle, opposite, has a swivel cassette loo, rectangular basin with a large worktop alongside and plenty of storage (elasticated straps hold all your toiletries in place), making this a well-planned room. The folding toilet door can also close off the back of the campervan, just as in many much larger coachbuilts.

The galley is quite compact but looks stylishly appointed with its gas-on-glass hob, a trio of large drawers, a useful cover for the hob to create more worktop and even the option of an oven and grill.

Finally, the Dreamer is well suited to winter use with thorough insulation and an on-board fresh water tank. In summary, then, a classy all-rounder that works better than almost any rival as a four-berth.