Compact, light in weight, well finished (quality, positive top-locker catches, lovely ceiling and spotlights, beautiful woodwork) and well-equipped for its price, with details including two USB ports along with four mains sockets, the new 406 is outstanding in its category. 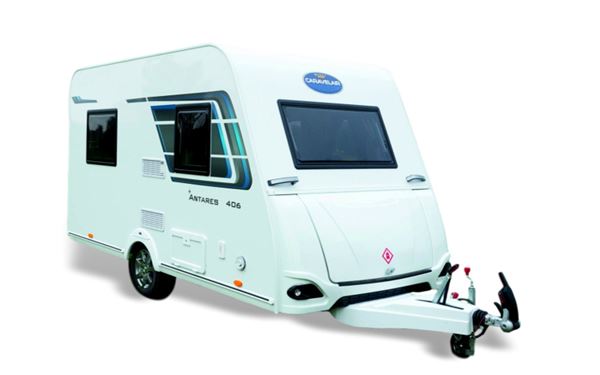 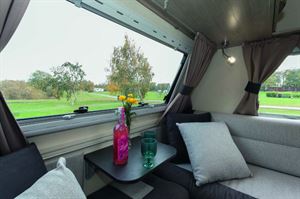 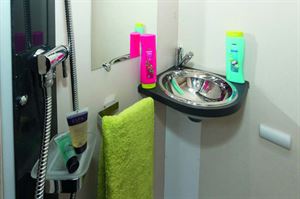 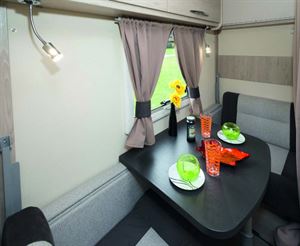 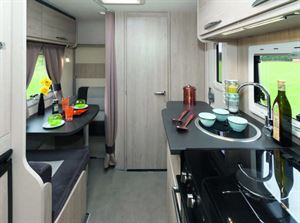 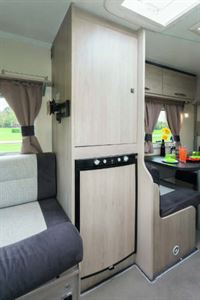 The winner of Caravan's award for Best Lightweight Caravan for Families secured the prize for many more reasons than its featherweight MTPLM of just 1150kg.

The winner of Caravan's award for Best Lightweight Caravan for Families secured the prize for many more reasons than its featherweight MTPLM of just 1150kg.

It's the length of a two-berth, it's one of the lightest caravans on the market, yet this French newcomer is a genuine family caravan.

The 406 is a new layout for 2018 in the six-model Antarès range. Caravelairs are made by the giant Trigano Group and imported to Britain by Marquis Leisure, which has 12 branches all over England including one in the village of Dinnington. That's Marquis South Yorkshire, the branch which supplied the 406 for our review.

Marquis launched Antarès in Britain in 2017. For the new model year this range of lightweight single-axle caravans has an increased level of specification – and the door on the 'British' side.

In 2018 models, heating and water heating comes from the Truma Combi 6 blown-air system, operated on either gas or electricity. It's compatible with Truma's iNet system, which enables you to control your heating from your smartphone via the Truma app.

A barbecue point arrives for 2018, together with an exterior mains socket – and a surprise in a caravan designed for first-time-tourer budgets: an external shower point, perfect for washing muddy dogs and boots after a walk.

The price includes the Plus Pack which gives you £1299-worth of equipment – that's a solar panel, a Maxview Pro TV aerial, and a leisure battery – as well as a year's caravan insurance.

The 406's cleverly designed layout gives you a dining-lounging area at the front, which converts into a double bed, plus a second dining area, for two, along the offside; this transforms into bunks.

That's the clever bit about the 406 – this area feels separate from the lounge, a considerable achievement in a compact caravan. Young children will love their own table for playtime.

Every aspect of this caravan is compact, including the wash room. It's 1.12m long and 73cm deep, not much larger than an average caravan shower cubicle. Yet this little room crams in a normal-sized Thetford toilet plus a small circular wash basin as well as a shower.

A curtain tracks around the shower area. It will limit the amount of water that gets sprayed around and will certainly protect items on the shelf high up above the toilet. But you'll still have to dry the shower tray thoroughly after each use, of course – or use showers on campsites.

Whichever of those options best suits you, it's little hardship considering all that the 406 achieves in its compact size.

There's a high-quality soap dish made of frosted glass, which sits in a metal base. It's easy to remove and replace when it needs to be rinsed clean. The shelf above the toilet gives enough room for shampoos and for a rolled-up towel; useful because there are no towel hooks.

If we were buying this model we'd buy towel hooks for the inside of the shower room door. Caravans need somewhere to dry towels when the weather dictates that you can't hang them outside. With its confined space, shower curtain and absence of hooks, the 406 scores only a C-rating for showering.

Wooden slats link the base of the double bed you can make in the lounge. The backrests complete the mattress. It's easy and it's done in less than a minute. The bed is 1.9m long and 1.3m wide.

A curtain of lovely, tactile, close-weave fabric forms an effective light barrier across the caravan. Two beautifully designed, bright spotlights on long, flexible stalks, are mounted to There's also a locker under the central-front seating area.

The wardrobe delivers 49cm of hanging width and 90cm of depth.

Considering the compact size of the caravan, we think it packs in significant storage space – and then there's the full-width gas bottle locker to consider; the spare wheel is accommodated in here, together with a wheeled waste water container that comes as standard (yes, really, in a caravan at this price level!).

Plus, there is enough space for toilet chemicals, wheel chocks and more besides. Storage is amazing in such a compact caravan, hence our A-rating.

With two dining tables, the little 406 earns another full-fat A-rating on the topic of dining.

The free-standing table lives on the forward wall of the wardrobe; it's easy to get in and out.

The two-person dining table secures to the wall and sits on a leg which folds when this table becomes part of the lower bunk base. A runner on the wall allows you to move the table along the wall to make it easy to get in and out from the rear seat.

The upholstery sections are extremely light, but that doesn't compromise comfort; they do feel cosy – and four of the biggest cushions you'll find in any caravan are here to enable you to nestle into the corners.

Pop your coffee mugs on the little hinge-up table, or fold it flat to the wall so that the whole of the U-shaped seating area can be used; the choice is yours.

A television bracket is bolted to the forward wall of the wardrobe; our review 406 is fitted with the Plus Pack that includes an aerial. Power and aerial sockets are close to the bracket.

There's also a mains socket inside the wardrobe, which may seem a little bizarre, but we quickly decided we'd use it for charging phones.

We've already heaped praise on storage space elsewhere in the 406 – and the kitchen earns even more praise. For there are two cabinets, 50cm and 46cm wide, and a large drawer that contains a five-recess cutlery tray, plus space alongside for cooking utensils. And then there's the top cabinet, just over a metre long.

It's divided into two sections; one has a shelf (that's where small items will go); the other is ideal for tall items like cereal packets.

We love the design of the hob – unique to the Antarès range – with two burners and a mains hotplate. What's special here is the pan trivet only covers the burners, so there's plenty of space around the hotplate, enabling you to use large pans on it. The grill and oven are a combined unit, Thetford's Duplex model.

The fridge is opposite, beneath the wardrobe. A hinged surface extension comes across the doorway (but there is still enough space to walk in and out). When it's in use, there's 58 cm of surface with the hob and sink lids down; with careful organisation we reckon that meal preparation would be fine in a 406.

The 29cm-diameter sink is usefully deep at 12 cm; washing up would be no problem here.

Our beefy SsangYong Rexton, which tows all our review caravans looks frankly rather silly with the diminutive 406 behind it. Of course, the 406 towed like a dream – and we know it would also behave impeccably behind a much smaller, lighter car.

As you'd expect in a caravan at this price range, there's no ATC stability control system, hence our B-rating.

Compact, light in weight, well finished (quality, positive top-locker catches, lovely ceiling and spotlights, beautiful woodwork) and well-equipped for its price, with details including two USB ports along with four mains sockets, the new 406 is outstanding in its category.

Its layout is practical for a young family; it's towable by a relatively small car and, above all, it's very affordable. The Caravelair Antarès range carries the words 'a bright new star' on its logo; we can wholeheartedly endorse that neat little phrase; the 406 is definitely a star in its class. 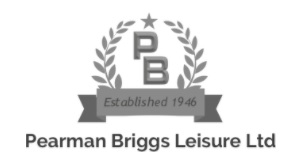