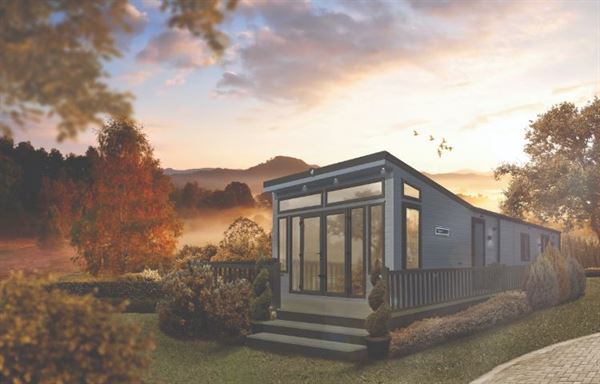 Bold, blue — and new! Yet another Vogue — with a daringly distinctive colour-scheme that’s spectacular.

Just a few weeks ago, Willerby launched the Vogue Classique, a super-luxury lodge filled with amazing features including an American-style fridge-freezer and a skylight in the main bedroom.

Now, the giant manufacturer has unveiled yet another new Vogue — this time called Vogue Nouveau, and with a strikingly bold décor.

The two Vogues (43ft by 14ft) have the same layout. It’s open-plan, with an entire wall of windows at the front of the lounge and a six-seater dining suite set in the centre of the enormous kitchen which wraps around this focal point. 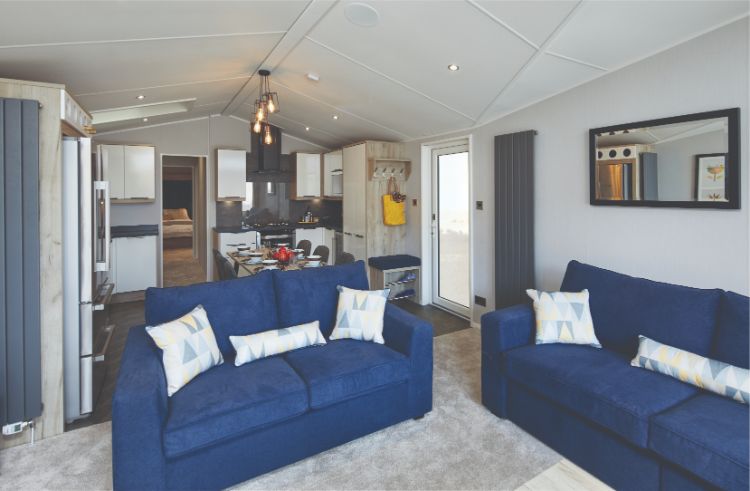 Buyers now have the choice of two Vogue looks. They can go for the classic, soft creams and greys of the Classique (reviewed in our last issue), or the dark blue and stark white of the Nouveau. Classic or super-modern — take your pick!

We love the bold, blue settees of the Nouveau. Cushions have triangular patterns in pale blue and cream on white. The tall, feature radiators are dark grey. The crushed velvet upholstery of the dining chairs makes a luxury statement amid the stark contrasts of colour.

The Nouveau’s décor scheme is a simple, delightful combination of light and dark. If we were buying a Vogue, which would we choose? It’s a close call but the Nouveau wins our vote for its strong style statement of modernity. 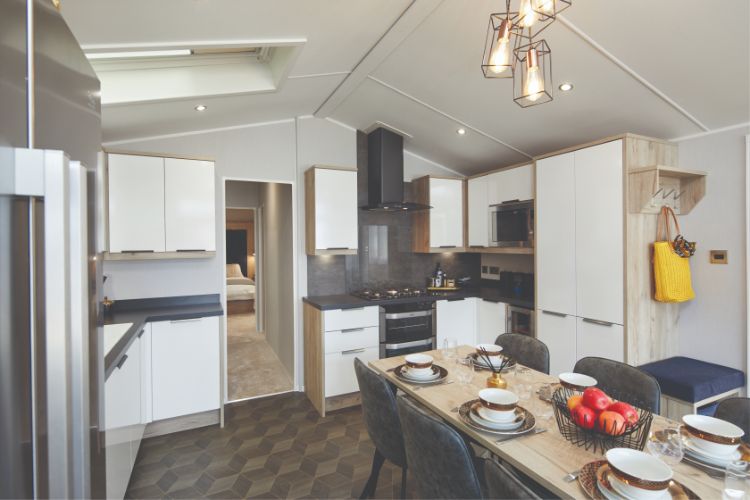 Both have an impressive amount of features. For example, one of the settees has a reclining mechanism.

Kitchen equipment, in addition to the enormous American-style fridge-freezer, includes a five-burner hob with cast iron pan supports, a stainless-steel oven and grill, a curved extractor fan, a dishwasher, a washing machine — and an optional integrated wine rack.

Other options include air conditioning and a Juliet balcony. A skylight ensures there’s an amazing amount of light in the kitchen. 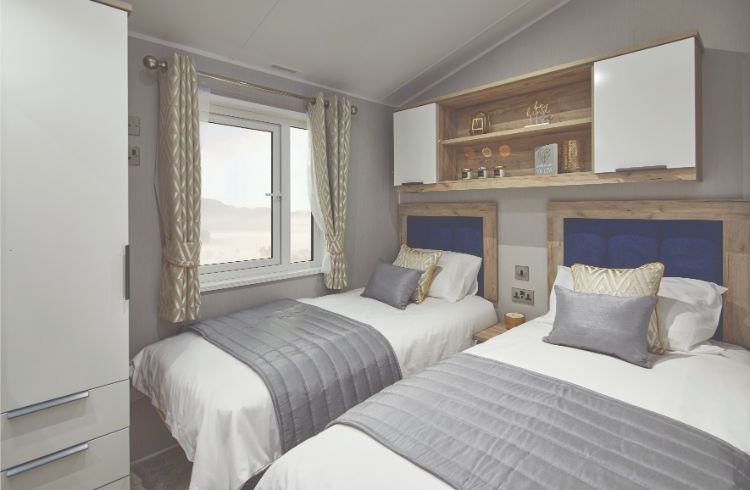 The main bedroom has a king-size bed with a lift-up base to reveal a storage area. Bedding and scatter cushions are included as standard. The second bedroom has twin beds as standard but buyers can opt for a double bed. The shower room has an extractor fan.

And the shower has a five-function head; you can select how many streams of water come through the shower head by twisting the shower nozzle — you can have one large, powerful stream or split it into smaller streams.