Why not enjoy a bit of scrumping? 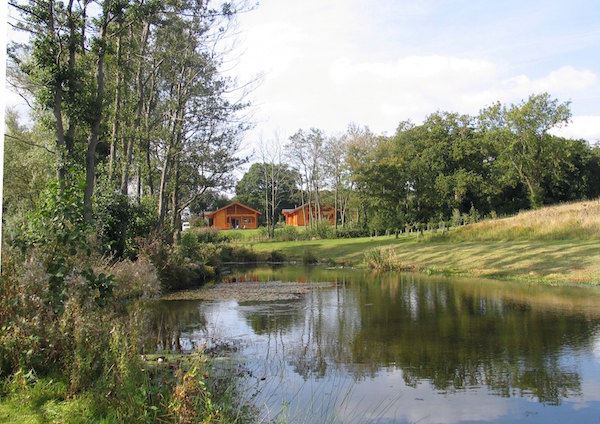 A Herefordshire holiday park lists "wild swimming" and going "scrumping for apples and damsons" in its historic orchards as part of its attraction.

And those are just some of the reasons why Woodside Lodges Country Park in Ledbury has won a top gold-level conservation award for ten years in succession.

Ken and Janet Davies and their family have created a "wildlife wonderland" on the 28-acre park which was originally bought as a smallholding almost 50 years ago.

Today it provides luxury Scandinavian log cabins for hire, plus camping pods and facilities for holidaymakers with their own tourers.

Woodside Lodges, the award stated, resembles a nature reserve as much as a holiday park, thanks to a raft of initiatives taken by the Davies family over the years.

These include the construction of a series of ponds which are now a magnet for different aquatic wildlife including kingfishers, newts, dragonflies and wetland plants.

Hundreds of native trees and hedges have been planted, as well as wild flowers with high pollen-bearing blooms which attract a wide range of common and less familiar butterfly species.

A converted barn on the park has also been provided with a special roof which will allow the resident bats to flourish and encourage nesting swallows.

Woodside Lodges is also celebrating its recent winning of a "Certificate of Excellence" from TripAdvisor.

These are handed out only to holiday firms which attract an exceptional number of glowing reviews and maximum satisfaction scores from holidaymakers.