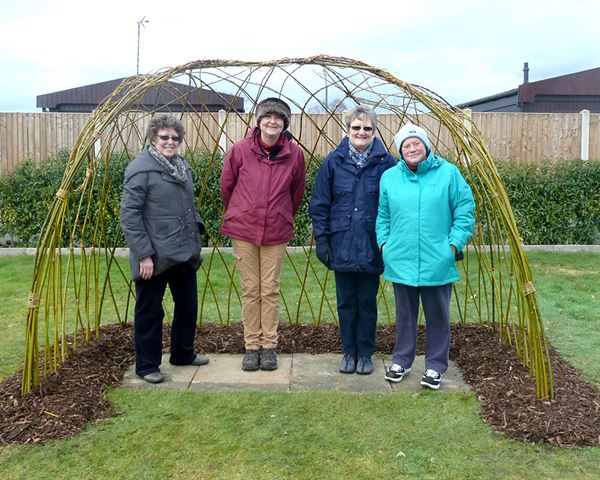 Nimble-fingered folk from Torksey in Lincolnshire have helped create a living willow arbour in the grounds of The Elms park-home retirement estate, celebrating a centuries-old Lincolnshire craft.

The park residents were joined in their task by local willow artist Alison Walling who is one of the county's best-known proponents and teachers of the skill.

The creation of the arbour was part of a willow-weaving day organised by the park which drew enthusiastic support from residents.

With careful tending, the arbour – which surrounds a timber bench - should last for many years, according to Tracey Coulson who is a member of the family which owns the park.

She points out that for many years, alongside Nottinghamshire, Lincolnshire was the basket-weaving capital of Britain and the producer of many other wicker items, thanks to it being an excellent environment for growing willow.

The Elms, which has 300-plus park homes set in more than 60 acres of countryside, has long taken a special pride in helping to protect the natural heritage.

Wildlife initiatives have included the planting of high nectar-producing shrubs which attract a wide range of butterfly species and are irrigated by harvested rainwater.

The park also carefully maintains its three lakes which act as a magnet for many different types of birds and aquatic life, from ducks to dragonflies.