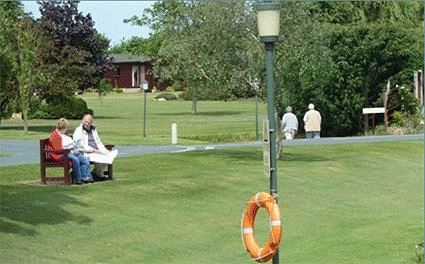 Kinvena Homes, which owns and runs The Elms, an award winning retirement park homes estate in Torksey, Lincolnshire, recently hosted an event entitled 'Looking After Your Assets' for their residents at the local pub, The Hume Arms.

The presenters on the day were Richard Bussell of Sills & Betteridge Solicitors and Chris Nettleton of Leisuredays and Caravan Guard Insurance.

Richard talked about the importance of Wills and Powers of Attorney in general, but the main focus of his talk was on the way in which places in Nursing Homes are funded. Richard is head of the Wills Trust and Probate team at Sills & Betteridge.

There is a significant amount of information available on the internet, in newspapers and on the radio and television about this area, which can on occasions be conflicting. Richard provided an overview of the position, confirming what is fact and what is urban myth and he and other members of his team were available to answer any specific questions brought up by The Elms residents.

Chris Nettleton talked about issues relating to home and caravan insurance and the importance of having the right level of cover. He was also available to answer any questions relating to insuring residents home and contents.