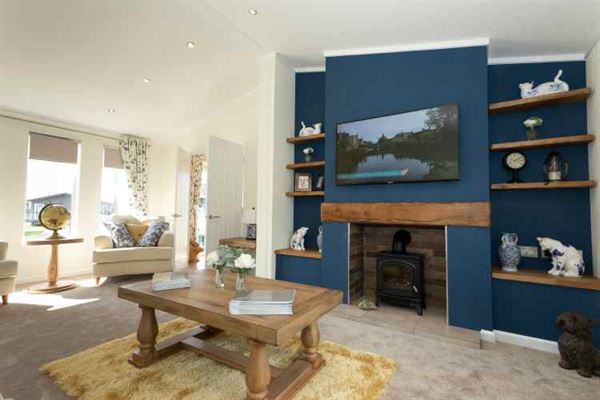 The Chartwell is an innovation in park home layout, with a substantial farmhouse-style kitchen on one end. It has a lounge in the centre and two bedrooms at the opposite end of the home to the kitchen.

The Chartwell’s farmhouse-style kitchen is massive. Patio doors lead out from the dining area at one side. In this area is an extensive suite of cabinets and drawers, almost dresser-style, and backed by a box bay window. 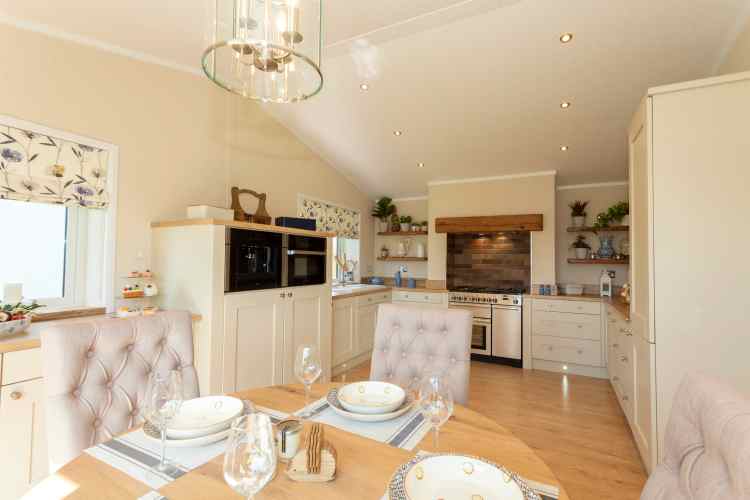 Stately-Albion has new styling for the kitchen and dining area in its Goodwood model.

The new look introduces a cream theme for the galley-style kitchen. Also, for the utility room leading off it, housing a sink, tumble dryer and washing machine.

A distressed wood dining table with upholstered chairs is new for this year, too. Stately-Albion introduces its Pale wood feature for the splash-back wall and surfaces.

This home has a separate lounge with a traditional log burning stove.

The Mayfair gets some subtle changes for this year. This home is unusual because it’s a single-width unit (14ft wide and 50ft long). It’s also noteworthy because it has a cathedral-style window. And a waterproof television, inset to the wall above the bath!

There’s something of a bling look about the Mayfair’s décor. A silver-grey theme runs throughout the home. Included are two soft grey velvet sofas. And, sparkly flecked marble kitchen and island unit surface.

Between the two panels is a smoked glass case. It contains white,  quartz and sea-smoothed glass. Orange flame effect light illuminates it.

There are Belfast sink and a Rangemaster cooker with a double oven and five-burner hob.

Park Holidays UK is finalising plans to cope with an 'explosion of demand' from new holiday home buyers when it is given the green light to reopen ... 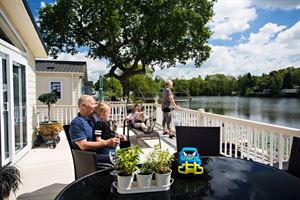 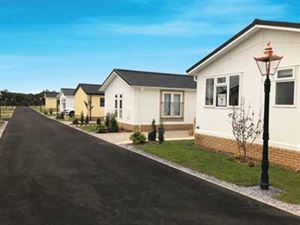 If you’re at home researching a park home move, you can take advantage of Quickmove Properties’ Live Virtual ... 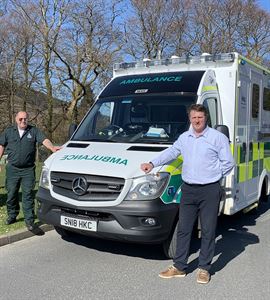 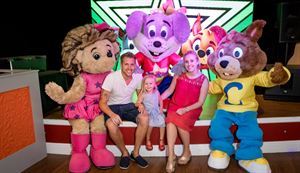 Park Holidays UK is helping youngsters to beat the lockdown blues with a story-writing challenge – and a ... 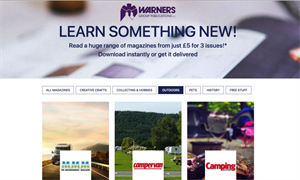 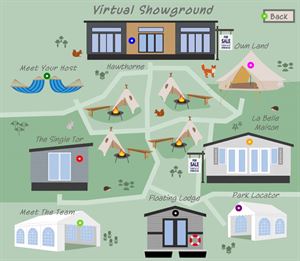 Lodge manufacturer Pathfinder Homes has created a virtual tour of the company’s stand that would have been at ... 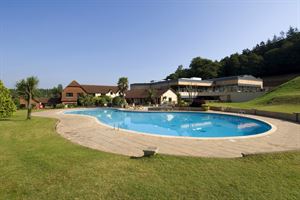 Following the Government's latest advice to stay at home wherever possible, Cofton Holidays has now closed ...

The British Holiday and Home Parks Association has advised all of its 2,900 UK holiday and touring parks to ...