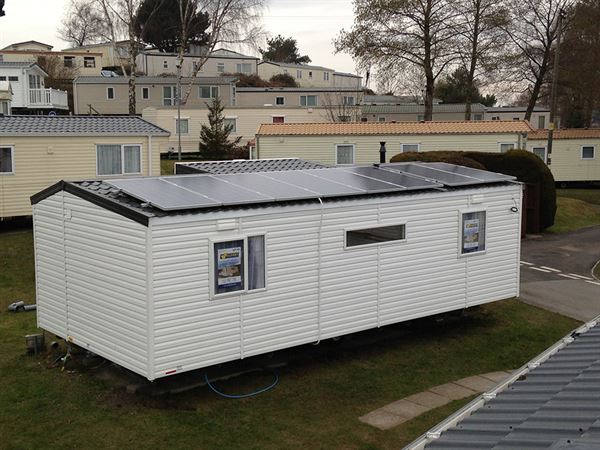 Haven, who have 35 coastal caravan parks in England, Scotland and Wales, are doing their bit for the environment by trialing holiday homes with solar panels.


At Rockley Park in Poole, Dorset, for example, they are working with caravan-manufacturer Willerby who have designed a caravan with the panels built into the roof.

‘The panel will not be intrusive either as it can only be seen from one side of the caravan anyway.

‘And the benefits won’t be huge.

‘We are looking at the generation of around £200-£300 worth of electrical power per annum.

‘But this could be enough to offset the consumption of the holiday home, and as accommodation accounts for 40 per cent of the park’s consumption, over time this initiative could make a real difference.’

Alongside this project, Haven have been working on their efficiency strategy generally. That has resulted in high-efficiency shower heads, which save a quarter of the amount of water used per shower. They have also introduced tap aerators which have the same effect on water coming out of the taps in caravans.