PARK IS DRIVEN ROUND THE BEND BY WET-WIPE MENACE 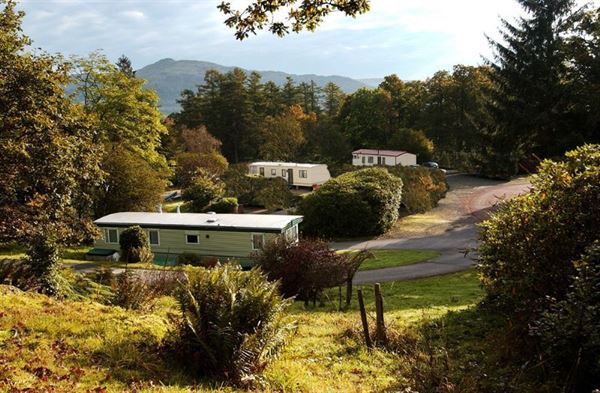 A Cumbrian holiday park says its efforts to operate an eco-friendly business are being blocked by families using wet wipes in place of loo paper.

The fast-growing trend is putting a strain on the way Skelwith Fold caravan park in Ambleside processes sewerage naturally through a specially-planted reed bed.

Wet wipes, unlike ordinary toilet paper, don't degrade in time to pass through the roots of the reed bed where waste water is treated organically. Instead, the wipes absorb pollutants such as fat and go on to clog up pipes and damage pumps.

Now in a bid to bottom-out the threat, the park is offering to give a premium brand toilet roll to newly-arrived guests in exchange for their wet wipes which will then be composted.

Although Skelwith Fold plays host to more than 400 families at its busiest times, the park's biological purification system normally copes well with demand. Its reed bed was one of the environmentally-friendly features which this year resulted in the park being presented with the David Bellamy Conservation Award at its top gold level.

But the pampered posteriors of luxury-loving Britons are now threatening the park's hard-won green credentials. That’s despite the fact that packaging on many of these products claims that they are biodegradable or flushable.

In high season, it is estimated that a lavatory is being flushed every 30 seconds at Skelwith Fold, and the reed bed was designed to handle that volume of effluent. In the past year, however, a surge in the use of wet wipes has put a block – literally – on the process.

How does Skelwith's reed bed work? The Common Reed (Phragmites Australis) has the ability to transfer oxygen from its leaves, down through its stem and out via its root system into a gravel bed. This oxygen encourages the proliferation of micro-organisms which digest the pollutants in sewerage as it moves slowly through the mass of reed roots. The result at the other end of the reed bed is a clean effluent which is safely and harmlessly dissipated under the soil.