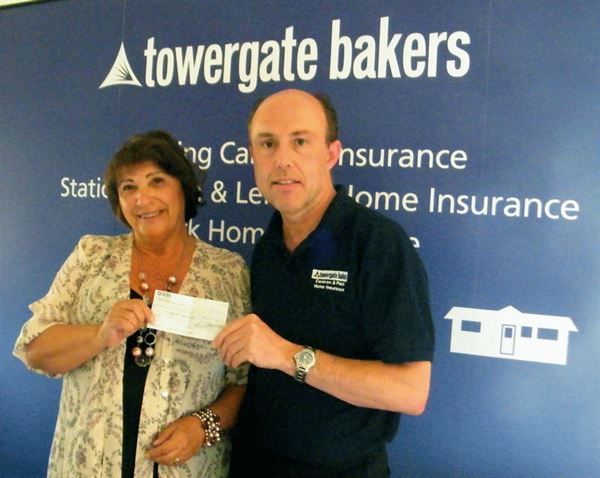 Over the past six months, the Campaign posted thousands of questionnaires to residents living in parks across the UK in order to gain a nationwide overview of the problems they face.

The figures will be presented to Prime Minister, David Cameron, in London on 12 October and posted to every Member of Parliament, the Police, Local Authorities and the media.

In her correspondence,  Sonia is calling for a Parliamentary Debate to stop park home sales being blocked, the introduction of a ‘fit and proper’ person test, reform of the 1983 Mobile Homes Act and better protection for park home owners.

“Since we don’t charge park home residents for belonging to the Justice Campaign, we’re reliant on supporters to help fund our initiatives,” said Sonia. “We’re grateful to Towergate Bakers for their financial backing. Without this support, we would struggle to cover our costs.”

Towergate Bakers’ Park Home Account Director, Paul Baker, said that Sonia should be congratulated on mounting such an effective and impressive campaign. “We are delighted to be able to help her out with the costs she is necessarily incurring to take the campaign to the next stage,” he added

A £200 cheque was presented to Sonia at the recent Park Home Debate event in Poole, Dorset.