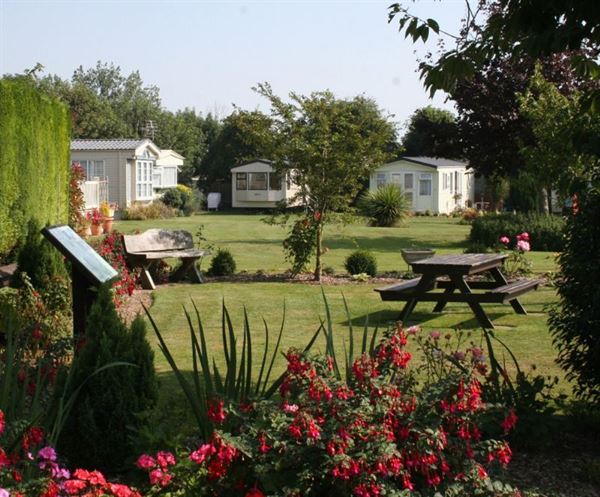 Three family-owned Kent holiday parks have been named among the greenest places to stay in Britain by television botanist David Bellamy.

The parks - near Dover, Folkestone and Margate - have all scooped top gold-level honours in the annual David Bellamy conservation awards.

According to Professor Bellamy, each has created ‘an amazing wildlife wonderland where nature is given the same VIP treatment as holiday guests’.

It was more than 60 years ago that Ron Kent first turned over part of his three-acre Herne Bay smallholding into a camping field.

Today the business has grown to a total of nine Kent-based parks, run by son Malcolm and his wife Janet in tandem their son Ben, daughter Justine and her husband Wayne.

Quex Holiday Park near Margate, said Bellamy, is ‘magnificently successful’ in safeguarding a wide range of wildlife including bats, birds, and hedgehogs. High nectar-bearing flowers planted at the 23-acre park also act as a magnet for many different butterfly species as well as attracting bees.

Little Satmar near Folkestone was applauded for the special efforts it makes to engage with children and to encourage them to learn more about the natural world. A great variety of bird-life is also to be found at the 10-acre park, and habitats have been created from recycled materials for hedgehogs and other wildlife.