First for Manor at Fallowfield 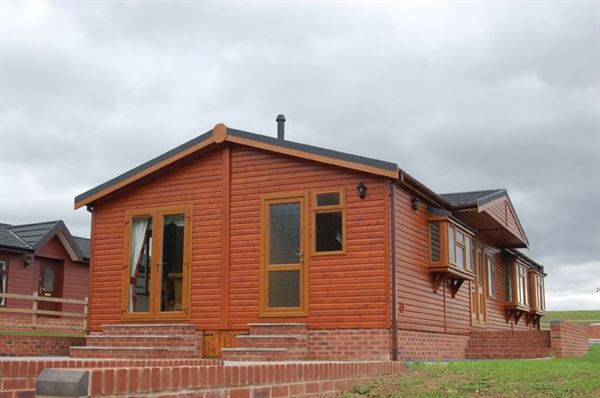 MANOR Park Homes has produced its first model with a timber cladding – and, unusually, it’s available on a prime slice of freehold land.

“When I bought the land in 2001 there had been residential caravans on the site for some years, so it had planning permission for new dwellings,” he said.

There will be six lodges on the site altogether. Besides the Manor home, there are currently a Lissett and two Omars, one of which has already been sold. Another timber-clad Manor is due soon.

The homes are being sold freehold, each with about half an acre of land on the edge of the Wyre Forest. “There is mains water and electricity,” says Trevor, “but no communal sewage treatment. The residents will have to set up a residents’ association to administer that.”

Trevor decided to call the development Fallowfield because of the fallow deer that graze on the edge of the forest that borders the homes’ huge gardens. “There’s also a huge amount of bird life around here,” he adds, “and lovely walks in the forest.

“For shops and services, Bewdley is just a mile away, and the bus to town stops right outside. The town is the base for the Severn Valley Railway, of course, and West Midlands Safari Park isn’t far away, either. It’s also handy for Bridgnorth and the Ironbridge Gorge museums.”

All the lodges at Fallowfield are 52ftx20ft models, have two bedrooms, one en suite, and a study and are fully furnished and landscaped. The stylish Manor is priced at £260,000, including the freehold land, with the Lissett and Omar at about £250,000.