AND THE WINNER OF THE BEST HOLIDAY PARK AWARD IS 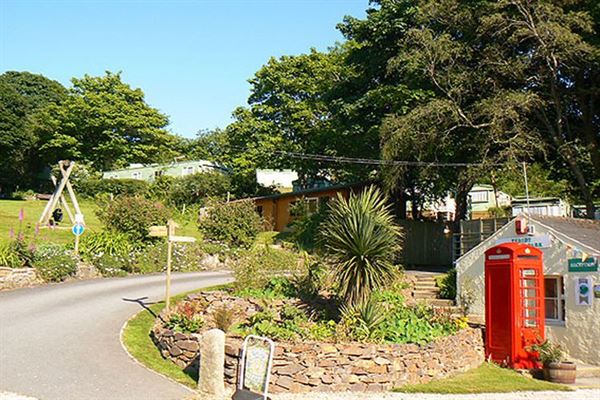 A top-rated holiday park near Redruth in Cornwall has reached new heights of national recognition.
Richard and Julia Barnes, owners of Tehidy Holiday Park in Illogan, were recently on the receiving end of not one but several different honours for their business.
Firstly, the couple learned that their five-acre environmentally-friendly park has won a David Bellamy Conservation Award for the fourth year in succession at its top gold level.
On top of that, Tehidy was voted by the readers of a leading caravan magazine as the best small site in the UK, thanks to the excellence of its surroundings and warmth of welcome.
In addition, the business was chosen from over 3,000 holiday parks in Britain to appear in the prestigious Top 100 list of sites surveyed by the same magazine.
To cap it all, Tehidy was then nominated for the title of ‘Best Small Park in Europe’, one of just three European parks in the running and the only one chosen from Britain.
Richard and Julia took the park on seven years ago, and decided from the outset to put sustainability and the preservation of wildlife on the top of their agenda. Since then, they have undertaken a raft of environmental initiatives which has led to Tehidy being highlighted as a ‘green champion’.
Measures taken include establishing the park's hedgerows as food and breeding habitats for native wildlife and the planting of hundreds of indigenous trees as well as a wildflower meadow.
Solar panels and ‘sun tubes’ to provide natural indoor illumination have helped the park to minimise its energy usage. This year also saw the building of an eye-catching roundhouse on the park using sustainable forestry products.