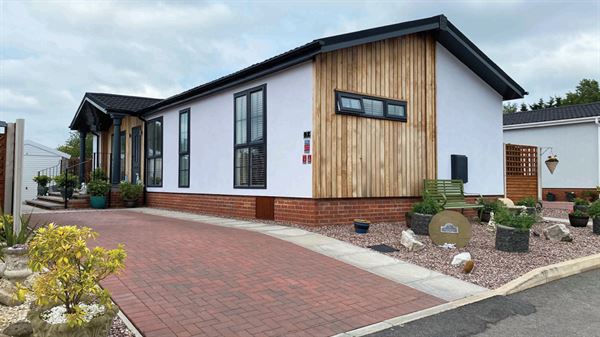 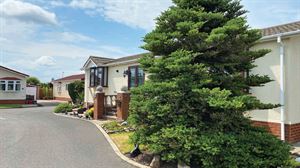 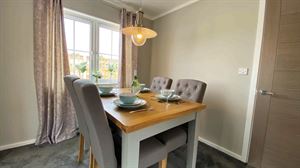 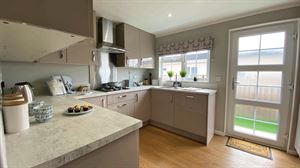 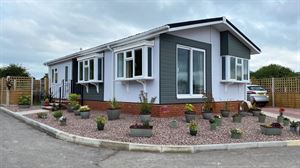 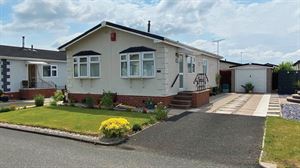 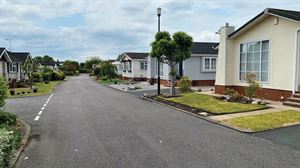 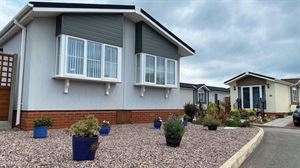 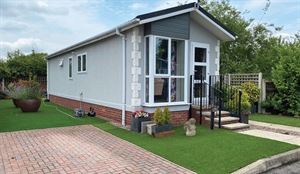 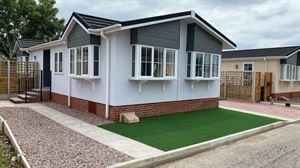 Cheshire is famous for two things apart from cheese: canals and salt. It’s a charming county; a great place to make your home – and there’s a show home at Ashwood Park to tempt you.

Owned by Tingdene Parks, this estate is just outside the village of Wincham, two miles from Northwich.

All you need from a rural town is at Northwich – supermarkets, a B&Q and more. And this town is well known for its market, which takes place on Tuesdays, Fridays and Saturdays. A private bus service runs to Northwich from Ashwood Park two days a week.

Several walking and cycling routes are within easy distance of Wincham, which is in the heart of Cheshire’s salt production area. The canal network was important for the transport of salt; some walks follow the canal routes. 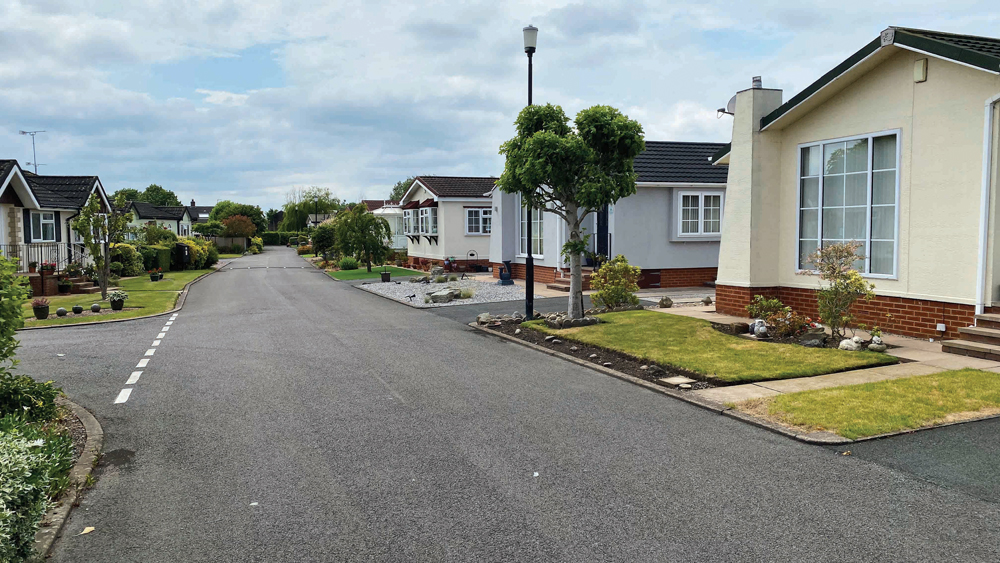 Ashwood Park is an estate of 147 homes. There are several plots available. One of them, larger than most, sits alongside the canal, and has an area that can be made into a secluded garden bordering the canal.

On another large plot, there’s a show home, a 44ft by 20ft Tingdene Barnwell, at £184,950. It’s beautifully sited, with artificial-grassed areas running alongside and behind the home, a block-paved driveway and smart fencing around the plot. A shed is already on the plot and there is space for a garage.

The feature that makes Barnwells among Tingdene’s most popular homes is that the lounge and kitchen are totally separate. The lounge spans the width of the home. Double doors divide it from the dining area. The kitchen is complete with a washing machine and a dishwasher.

The main bedroom is generous in size and, together with its large dressing/storage room (with shelving, drawers, a mirror and lots of hanging space), takes up the whole width of the home. An en suite shower room is adjacent.

The colour palette of the home is soft greys – and, unusually, the carpet is dark grey, which most people will  consider to be more practical than pale carpet shades.

There’s a lot to like about the Barnwell, including the presence of loft space, accessed via a hatch in the corridor that leads to the two bedrooms and main bathroom. 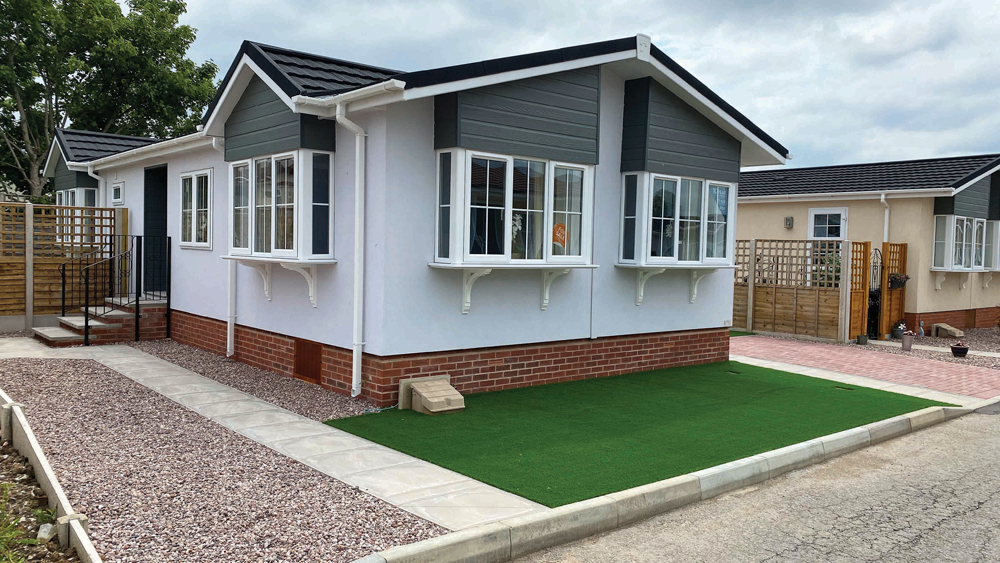 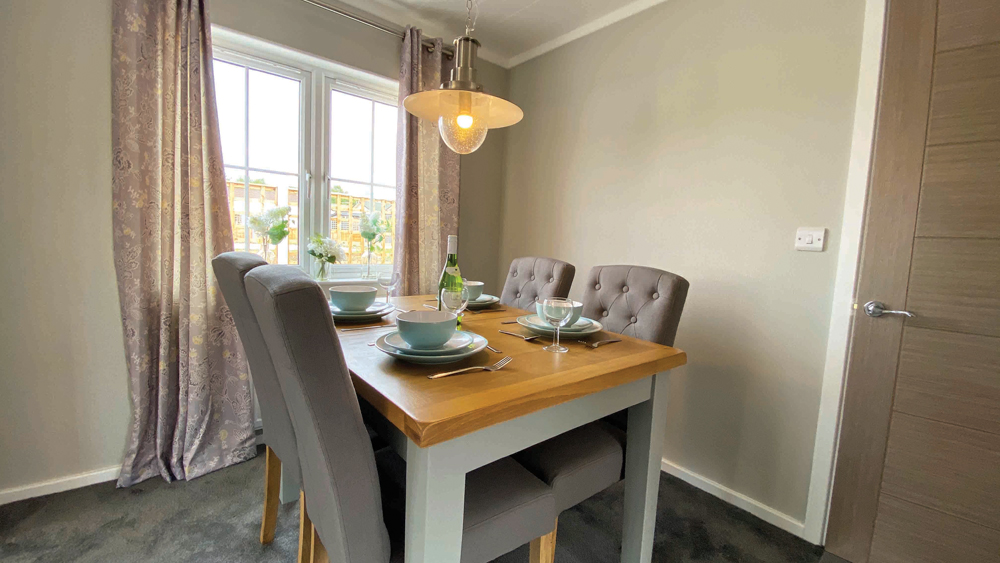 Cheshire is well known for its salt production – and for its network of canals. One of them, the Trent and Mersey Canal, runs alongside Ashwood Park.

You can walk directly from the park along the canal; a short walk brings you to a pub and, in around 15 minutes, you can walk to the town of Northwich. It’s a lovely area; a very desirable region in which to live.

Salt making in Cheshire dates back to Roman times; the Romans created towns here as the salt industry became established. Initially, salt was extracted from natural brine pits. Salt mines began to be created in the seventeenth century. When these became exhausted, a system of brine pumping was established and, by the late nineteenth century, brine shafts and open-pan salt mines were a feature of the landscape around Northwich. Salt was extracted by heating the brine in pans.

Salt production led to the creation of a series of lakes. Many are used for fishing – and all of them add to the prettiness of this county.

So why is Cheshire Britain’s predominant salt county? The origin of the salt that lies under Cheshire dates back to the Triassic Period, 220 million years ago, when this area was a desert region. Movement of tectonic plates caused sand dunes to sink and flash floods sent water cascading down from mountains that are now part of the Pennines. Salt lakes formed and, when these evaporated, they left crystals which turned into salt beds.

So, if you buy a home at Ashwood Park, you know you are living right on top of a hugely important feature of Cheshire’s geological and industrial history.