The Lido belies its entry-level status with its bed, designer sink and super washroom. If you can live with a lack of some options, it's a well-built motorhome at a great price. 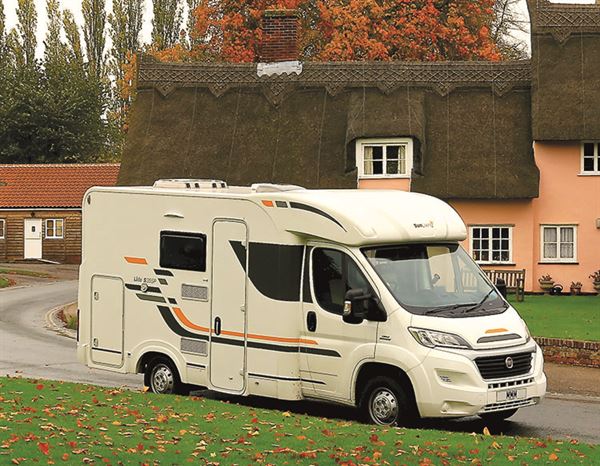 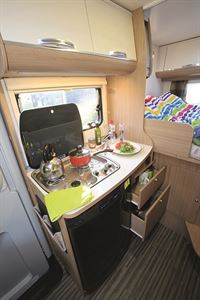 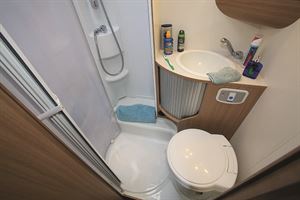 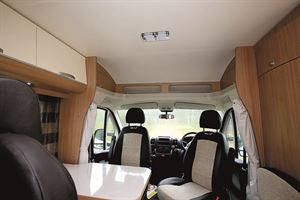 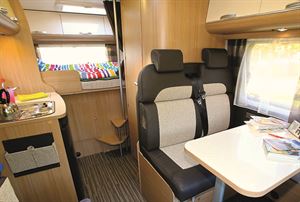 Six-metre, fixed bed, low-profiles have become popular because they offer more internal space than a panel van, plus the opportunity to have a full-height garage beneath the rear double bed.

The Sun Living Lido S 35 SP is not slim – in fact, with 2.32 metres of body width, it offers virtually the same girth as most coachbuilts. Its layout is pretty standard, too, featuring swivelling cab seats, forward-facing travel seat/half-dinette, centre kitchen and washroom, with transverse bed above the garage in the rear.

The Fiat Ducato base vehicle comes equipped with the Camper chassis - around 100mm less lofty than the standard frame. With the 130-horsepower engine there’s plenty of power, while that lower chassis helps good handling. The cab’s basic specification doesn’t include a passenger airbag, air-con or cruise. However, a quid short of £1,700 gets you the Driver’s Pack, which provides all three. You can also have the Comfort-Matic semi-automatic gearbox for a (steep) £1,920, but there are no other base vehicle extras on offer. The biggest omission here is the lack of electrically adjustable mirrors, but Fiat’s new gadget holder - that grasps your tablet computer in a firm embrace – is here. During my week-long travels there was no conversion clatter from the rear.

The first benefit of the standard-width coachbuilt body is a real feeling of space. Slim versions often feel tight in the aisle, but here there’s plenty of room.

Matt-finish furniture and brown and oatmeal-coloured fabrics create a modern feel that’s as inoffensive as it is neutral. The Pistachio alternative swaps the oatmeal for a splash of acid green. Lovely.

The forward-facing rear belted seats have a full-width frame that supports very proper automotive-type head restraints where others just offer headrests attached to the furniture.

Seating is plentiful, but both swivelled cab seats come with only one arm fitted. The inward-facer sits in front of a shallow wardrobe. There’s a long hanging drop in here, but capacity is marred by the presence of the mains distribution unit. The seat’s base houses the leisure battery and its charger, but still manages to provide some storage, plus a shoe cupboard just inside the habitation door.

Meals are taken from a rather narrow table with an extension. There’s good room for four people to eat in comfort.

Lounge lighting is variable. The best is the touch-switch ceiling lamp, which is bright and three-stage dimmable. But no lamps serve the cab and there is only one under-locker downlighter above the table. Natural light from overhead comes from just a Mini Heki. With no sunroof above the cab, things are set to stay quite dark in here.

The kitchen is little, but quite usable. There’s no oven but there is a capacious and capable stack of drawers down below. You get a three-burner hob and a deep sink, served by a campervan-esque plastic tap but with a drop-in lid that provides much-needed work surface. There are a couple of decent lockers above, while strip task lighting worked well. The fridge is big enough.

The washroom has an integral shower with no less than three mirrors, set above a pleasingly practical vanity unit with a deep basin. The loo swivels away to help create decent standing room. There are lockers above and below.

The shower has shelves and uses a drum-shaped rigid screen, which glides around easily.

This motorhome does have three berths, but the third berth (made by lowering the table) is best seen as an occasional bed as it’s just one-foot-nine wide at the foot. But this is one of the better examples of this type of bed, which are often awful.

There’s little to dislike about the rear fixed transverse double. Access is easy, thanks to two solid steps and a pole you can grab. There is plenty of room to sit up, while the rear window, together with a Midi Heki rooflight, should give great ventilation in hot weather.

Heating is by Truma’s evergreen Combi, but you’ll need to stump up for the Comfort Pack to get the mains electric operation. Water comes from an inboard tank with big internal lid that makes cleaning easy. It also has a drain valve that allows the capacity to be reduced to a lighter 20 litres before you hit the road. Even with a full fresh tank, the Lido has almost 400kg of payload left.

Outside, there’s no spare wheel, but there is room for one under the rear. Or you could simply load one into the garage.

There is a useful very big cupboard under the forward end of the bed, and a hidey-hole betrayed only by a vertical join in the bed’s base.

The garage is over a metre high inside, and should take two bikes. It also has two doors. Payload is good: 482kg on the 3,300kg chassis. But sadly a non-licence-threatening upgrade to a 3,500kg maximum weight is absent from the options list.

This is an abridged version of the full review appearing in the February 206 issue of MMM.