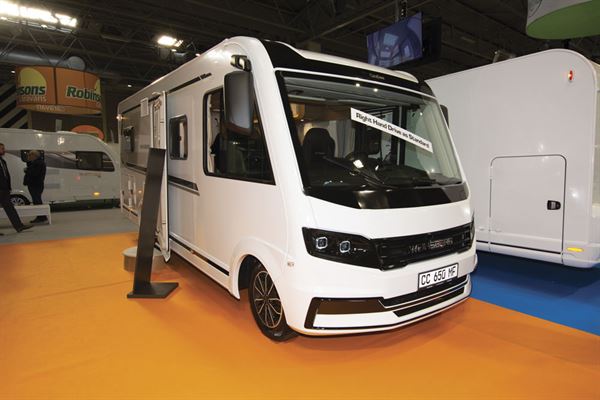 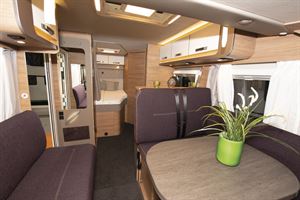 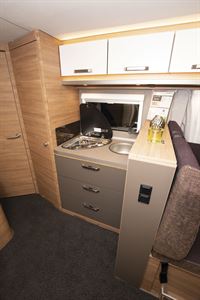 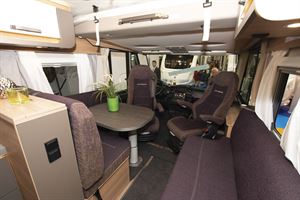 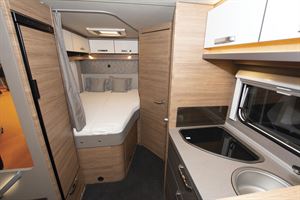 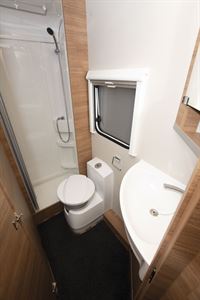 The French bed was once one of Europe’s most popular floorplans. Today, it has been largely usurped by the island bed, which offers easier access for both occupants.

That’s not to say the appeal of French bed is dead, though, and it still exists in ranges from the main UK manufacturers, often at entry-level pricing. And it still has lots to admire, with the bedroom being less dominant than in other fixed bed formats.

But what if you fancied a French bed combined with the prestige (and drop-down cab bed) of an A-class? That’s a wholly different story, for this combination is now almost impossible to find.

Weinsberg clearly still sees a market for such a motorhome, though, and launched the CaraCore 650 MF in 2020. In fact, this is a whole new range, with the trio being completed by a pair of single bed models.

It’s keenly priced for an A-class, too, but manages to avoid the boxy appearance of some more affordable motorhomes of this type.

That’s helped here by the optional Styling Package (£1,160) with 16in alloy wheels and some gloss black highlights on the exterior.

UK-bound CaraCores also benefit not only from RHD but a host of extra gear as standard, including cab air-con, sumptuous Grammer captain’s chairs with height/tilt adjustment, and gas/electric heating. Gross weight can be 3,500kg or 4,000kg.

You might want to consider the latter as the 650 MF has a surprisingly capacious under-bed storage area, accessed from the offside.

Headroom in here is 0.87m (not sufficient for bikes, unless they fold), stretching 1.14m across the motorhome with a width of 0.83m. Then there’s a shallow section extending underneath the bathroom floor.

Inside, the layout certainly feels more spacious than many island bed rivals, especially as this Weinsberg is a modest 6.99m long.

As well as the L-shaped settee on the nearside, there’s an extra-long sofa opposite, while the superb cab chairs complete a living space that’s ripe for family living or couples to entertain.

A high back to the rear passenger seats gives clear separation between the lounge and the galley and, with the headrests removed, there’s a useful serving shelf.

The kitchen itself comes with a three-burner hob and two XXL-sized drawers, while the 142-litre fridge is opposite, at the foot of the bed.

There’s no factory option to have an oven in this layout, unfortunately (it’s offered in other CaraCores), but a dealer-fit might be possible.

You can’t separate the bedroom completely but there is a privacy curtain. More importantly, perhaps, the bed is a good length (1.96m) and it doesn’t suffer the acutely lopped off corner that so hampers sleeping comfort in some French beds.

There’s plenty of room to sit up in bed, too, while well-placed reading lights and a roof vent overhead are further pluses.

Also well-planned is the washroom, especially considering that it is tucked into the space alongside the bed.

With a Dometic ceramic toilet, a separate shower, corner basin and clothes drying rail, it’s another positive in this CaraCore.